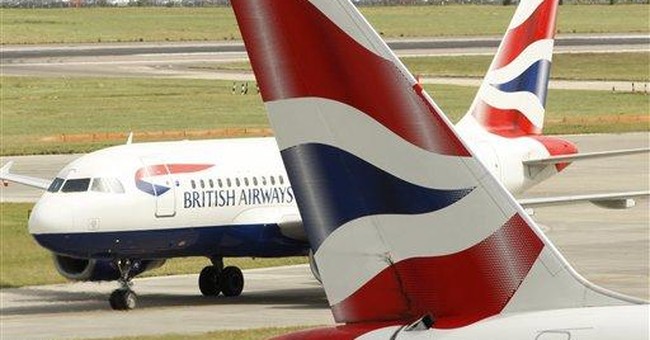 Several hundred men, women, and children will live to see the New Year thanks to good luck: The terrorist on Delta/Northwest Flight 253 from Amsterdam to Detroit was inadequately trained, and one passenger turned out to be remarkably quick-thinking and courageous.

But a multi-billion dollar government security system failed. The question now: Is the Obama administration smart enough to go to school on this attack? Among the lessons that need to be learned are these:

Real security means looking for terrorists - not for weapons. In this case, it should have been easy: Alhaji Umaru Mutallab, a prominent Nigerian banker, alerted U.S. Embassy officials that his son, Umar Farouk Abdul Mutallab, had become radicalized. That ought to have led to the revocation of Abdul Muttalab's multiple-entry visa to the U.S., his inclusion on the "no-fly" list, or, at the very least, to a thorough screening before he was allowed to board a plane bound for Detroit. President Obama and Homeland Security Secretary Janet Napolitano should want to know why these steps were not taken. Whoever is to blame should be fired.

More broadly: Does looking for terrorists rather than weapons mean we need to profile? Yes, but we're not talking about racial profiling, we're talking about terrorist profiling - identifying the characteristics, background, and behavioral patterns that terrorists often share.

For example, it has been reported that Abdul Mutallab paid cash for his ticket and checked no baggage. Surely, that should have raised suspicions and prompted someone to question him. A 23-year-old planning to die on Christmas Day, 2009, may not have come up with a great answer when asked about his plans for 2010.

It's reasonable to assume that anyone who has spent time in countries where terrorists are known to train and operate represents an increased risk. Abdul Mutallab was in Yemen from August to early December 2009, according to the Yemeni Ministry of Foreign Affairs. How difficult would it have been for authorities to learn this?

Finally, while most Muslims are not terrorists, most terrorists in recent years have been young, male Muslims who have embraced an extremist reading of Islam. To deny this is not just to indulge in self-delusion. It is to sacrifice innocent lives on the altar of political correctness. Apologists for extremism will complain. Moderate Muslims will direct their anger where it belongs: against those within their community who preach and practice mass murder - not those doing what they can to prevent the next slaughter.

Terrorism is not a criminal justice matter; it is a weapon of asymmetric warfare. No one has been more persuasive and eloquent on this issue than NRO's Andrew C. McCarthy, who was America's most successful anti-terrorism prosecutor: It was he who locked up the Blind Sheikh, Omar Abdel Rahman, and other perpetrators of the first World Trade Center bombing. But McCarthy came to realize that even the toughest lawyers cannot win a war against determined terrorist organizations (e.g. al-Qaeda and Hizbollah) and regimes (e.g. Iran's Islamist rulers).

As McCarthy explains in his landmark book, Willful Blindness: A Memoir of the Jihad, we accept a certain level of criminal activity within American society. We know there will be murders, robberies, rapes, and muggings; we understand that the FBI will never eliminate organized crime; we realize that some criminals will escape punishment because their guilt cannot be proven beyond a reasonable doubt.

Viewing terrorism through this same prism, however, means accepting that planes will be blown up and that other forms of mass-casualty violence - bioterrorism, Fort Hood-style massacres, dirty-bomb attacks - also will occur; that terrorists can never be aggressively interrogated even if hundreds of lives depend on the information they might reveal; and that some terrorists will be allowed to walk, to rejoin the jihad, to thumb their noses at the families of their victims; and that we will never even make a serious attempt to defeat those waging war against us.

Abdul Mutallab knows many things that could be useful to our efforts to save lives in the future. He could tell us how he obtained the PETN explosives, who taught him how to use them, where his training took place, how he became radicalized, and with whom he then made contact and how they communicated.

Instead, we must assume he has been read his Miranda rights and told by his lawyers to stay mum until it becomes clear what kind of deal can be negotiated with prosecutors.

We can't make ourselves inoffensive to militant Islamists. President Obama's Cairo speech, his respectful outreach to Iran's radical mullahs, his pledge to close Guantanamo, his ban on coercive interrogations, his multicultural family history and his middle name - none of this has had the slightest impact on those dedicated to waging holy war against what they see as the "Satanic" West.

Our enemies have many grievances - from our support of Israel to our interventions in Iraq, Afghanistan, and Yemen to our laissez-faire attitudes toward women and homosexuals. Nothing we do to appease them will be enough because what they really want is to humiliate, defeat, and dominate us; to force us to live under sharia law, embrace their religion as they interpret it, or suffer the consequences due arrogant infidels. We know this because they tell us.

To take just one example, on December 28, "al-Qaeda in the Arabian Peninsula" posted a statement on the jihadi website Shumukh Al-Islam. Translated by MEMRI, it claimed responsibility for the Christmas Day attack and promised more terrorism to come. The statement added: "We will continue in this path, Allah willing, until we reach our goal so that religion is all Allah's." Is that really so hard to understand?