Claudia Thomas
|
Posted: Dec 16, 2016 3:54 PM
Share   Tweet
The opinions expressed by columnists are their own and do not necessarily represent the views of Townhall.com. 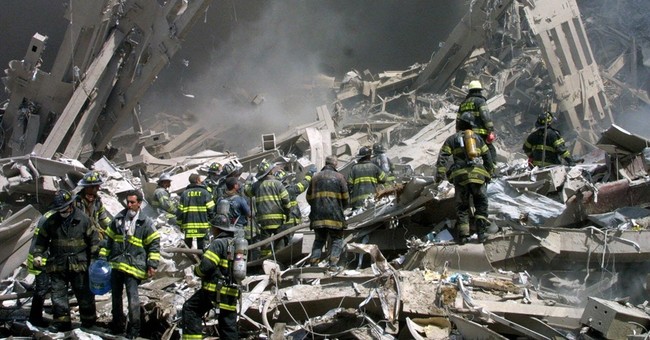 On December 8, I wrote a column regarding Christopher Suprun, Republican electoral, who was using his service as a 9/11 Responder to the Pentagon as a promotional tool for his being a ‘faithless elector’. Suprun has enjoyed making himself out to be a hero and using 9/11 to justify himself as man of conscience who would therefore, as an Electoral Voter, not vote for President Elect Trump. In that article I pointed out that no 9/11 Responder was expected to swear the oath he said he did and was using as a crutch and talking point to somehow justify his breaking his pledge to the people of Texas who placed him as an Electoral Voter. He said, “fifteen years ago, I swore an oath to defend my country and Constitution against all enemies, foreign and domestic. On Dec. 19, I will do it again.”

But, how can Suprun ‘do it again’ when he never did it ‘then’ since he has just been exposed as yet another lying malcontent guilty of stolen valor! It has been revealed that he never even responded on 9/11, along with many other questions raised about his alleged ‘resume’ thanks to the investigation done by WFAA8 News in Dallas, Texas.

This self-glorifying malfeasant has become a member of an exclusive club belonging to those who steal valor through lies and fraud – the band of perjurers that are found in all walks of life, including our 9/11 community as well as those who pin medals on their chests who never served a day in the military or have exaggerated their service, if any, for personal fame, financial and/or political gain and who are thankfully exposed as infamous pilferers full of hyperbole.

The 9/11 community has certainly seen our share of these types, including the notorious Alecia Esteve Head, better known as Tania Head, who joined and later became President of Voices of September 11, and who hobnobbed with elected officials and the glitter society telling her story of surviving the collapse of the Twin Towers. It went on for years before Head would finally be exposed as having not even been in New York at the time but in Barcelona. Those like Scott Shields, whose story of his being at Ground Zero with his dog Bear, of which he even wrote a book about, was later exposed, pleading guilty to felony fraud charges in the misuse of September 11th funds and making false claims about his being a responder to the World Trade Center attack. Even last year we witnessed dozens of FDNY and NYPD, actual 9/11 responders, fraudulently use their service to bilk money from Social Security Disability when they were far from being disabled. And in 2011, a retired naval officer honored for valor for service at the Pentagon after the attacks, was found guilty of exaggerating injuries in order to defraud the Victims Compensation Fund of over more than $330,000. These types would seem to give all of those in the 9/11 Community a bad name; however, they are an infinitesimal portion we, the genuine responders, survivors, and family members, count as scurvy and are glad to see outed. Sadly, the general public, which sees mostly the negative stories like the aforementioned, therefore question the credibility of those who are genuinely sick from our service – and we number in the tens of thousands, with more diagnosed with cancers or dying with every passing day. We’ve watched over 1800 of our friends and family die slow deaths from toxins we were exposed to. That is fact. That is real. That is what we have lived with every day for more than 15 years.

Those of us who did serve, who survived, who lost family and friends on 9/11, and since, hold nothing but contempt for those like Christopher Suprun, Tania Head, Scott Shields, and all who don’t even understand what the word valor means yet attempt to steal it. For those who never understood or walked with integrity, or honor, but try to mimic it, we say, we are the 9/11 family and welcome when frauds are exposed and will assist in all ways in helping to expose them. In the end, as has been said, all you have is your soul. These dark souls are a blight on society as a whole, and should not, will not, be tolerated. We are the 9/11 family and say to those like Suprun, how dare you use the blood of our loved ones, and disgrace their memory.

Suprun also used his alleged 9/11 service to have started up a charity, the Never Forget Foundation, which should certainly be looked into further, because when the lack of credibility in an area as important as where stolen valor is exposed, surely there is more still lurking in the shadows of this man.

Sadly there are more out there and limited resources to help investigate and fully expose them. It is with deep appreciation we thank the news agencies, and investigative agencies that do have said resources and help to out these hypocrites and outright frauds. Sadder still are those who are making headlines and seeking personal fame, financial and/or political gain that yet need to be brought to light. Valor is an attribute that is earned, and the only thing Suprun has earned is our disdain. He should be immediately removed from the Electoral College and a full investigation of him and his charity performed by law enforcement, including the FBI.