Committed to the Cause: Businesses that Support School Choice 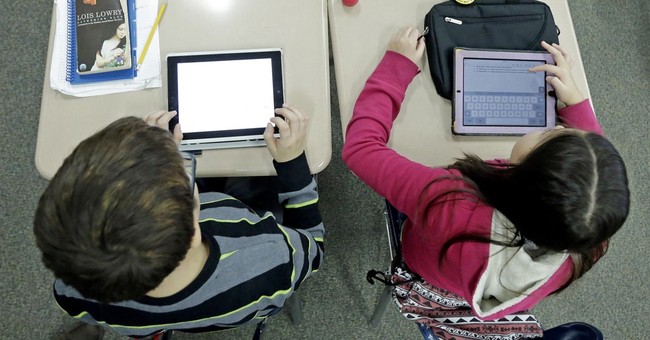 In the aftermath of National School Choice Week, it’s a good time to consider why it is an important issue for conservatives. It also provides an opportunity to examine where corporations stand on the issue, and whether it should affect our consumer behavior, as conservatives.

School choice can be approached through a variety of avenues. From individual tax credits to vouchers, or education savings account and tax-credit scholarships, there are many ways parents can approach school choice in the manner that makes the most sense for their family.

Which is exactly the goal of school choice – to allow parents to make choices for their children’s education that best suits their needs. When parents have the option to use public funds that are already set aside for their children’s education, everyone wins. Parents are able to choose schools that match their needs, thereby creating an environment for competition between schools. That competition will encourage schools to rise to a higher standard so they can then meet the needs for future families.

In the private sector, there are a several players that support school choice. In 2006, the Knights of Columbus adopted a resolution calling for “legislation that would establish educational choice programs providing financial assistance to parents who wish to send their children to Catholic schools.”

The U.S. Chamber of Commerce is another business powerhouse that recognizes the value and importance of school choice. The Chamber has said that, “the time has come for America's businesses, business leaders and chambers of commerce to recommit themselves to leading this effort for educational opportunity across the country.”

These groups recognize the importance of school choice, not only in terms of individual freedoms but also through the benefits the workforce gains from a more competitive and effective education system. The companies that make up these groups should be applauded, and conservative voters should keep this in mind when deciding where they want to spend their money.

On the other end of the spectrum are groups that oppose school choice, such as the Center for American Progress (CAP). When it comes to school choice, CAP has made such absurd claims as, “Conservatives aren’t giving up on their plans to destroy the public school system.”

While many companies such as Coca-Cola, Microsoft and Visa are members of the Business Roundtable, at the same time they are supporters of the Center for American Progress. As CAP continues battling efforts to enact school choice legislation, spending money with these corporations is funding a fight against improved education standards for the United States.

National School Choice Week, from January 25 to 31, 2015, came to a close, but that should not prevent us from continuing a commitment to the cause. If the week compares to the events in 2014, we will see 5,500 events in all 50 states, plus additional events outside the U.S. and thousands of positive news stories. Twenty-two governors and 49 mayors in 2014 recognized School Choice Week through proclamations. Supporters of school choice firmly believe that parents and families know what is best for their children’s education needs, and National School Choice Week is a chance to highlight the need to make school choice a reality.

As conservatives it is important that we don’t stop fighting for better education, but also for better corporate behavior when it comes to the issues. When we make decisions on Election Day, we do so to ensure that our voices are heard and our beliefs are acted upon. It doesn’t need to end there. We have the ability to take it another step with our wallets, and supporting those companies that support school choice is a great way to start.