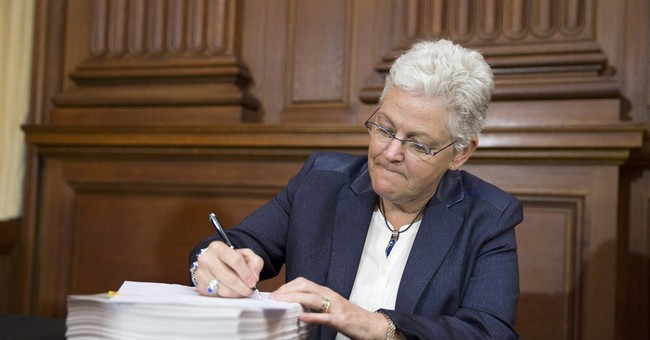 During this year’s State of the Union, President Obama said "No challenge--no challenge--poses a greater threat to future generations than climate change." Disagree? Expect a threatening letter from Congressional Democrats. Over the past two weeks, prominent House and Senate Democrats have sent letters to scientists, think tanks, and companies asking them a host of funding questions. Although Democrat attacks on their perceived opponents is expected, once outraged liberal allies have turned a blind eye when their friends are asking the questions.

All of these attacks originated from a Greenpeace meeting with the New York Times. This meeting of the minds produced an article that alleged Wei-Hock “Willie” Soon of the Harvard-Smithsonian Center for Astrophysics failed to disclose research funding from Exxon and Southern Company. Dr. Soon disagrees with Greenpeace, the New York Times, and President Obama’s “greatest threat” assessment, which makes him a target. That Southern’s contract was with the Smithsonian, not Dr. Soon, and contained a non-disclose agreement did not deter the Times or Congressional Democrats from launching a national witch hunt.

Accordingly, the Democrat Ranking Member of the House Natural Resources Committee Rep. Grijalva (D-Az.) sent a menacing letter to the bosses of seven university scientists he disagrees with. Rep. Grijalva wants to see drafts of these scientists’ Congressional testimony, emails surrounding testimony, funding, and how much money they make. Surely the only reason anyone could disagree with Rep. Grijavla is if they were being paid to do so. But Rep. Grijalva has no interest in actually getting answers to these questions – anyone testifying before Congress is required to disclose conflict of interests – the real goal is to silence these critics, discredit their research, and chill their financial support.

Not to be outdone, Senate Environment and Public Works Chairwoman Barbara Boxer and Sen. Ed Markey, sent similar letters to over one hundred companies and think tanks. The message Congressional Democrats are sending is clear: go along with the program or we’ll make your life difficult.

What makes Democrats’ attacks so disingenuous is how blatantly partisan their letters are. No letters have been mailed to the Sierra Club, Natural Resources Defense Council (NRDC), or League of Conservation Voters asking about funding from the Rockefeller Foundation, an organization that was founded by an oil baron but now supports liberal interests. Do these non-profits get a pass because their sister organizations spend tens of millions of dollars every year getting Democrats elected? Just maybe.

Last year, the New York Times reported that the Environmental Protection Agency (EPA) relied heavily on a NRDC blueprint outlining how to regulate carbon emissions from power plants. Then Ranking Member of the Senate Environment and Public Works Committee David Vitter (R-La.) wanted to know more and sent a letter to NRDC about potential inappropriate communication between NRDC and the EPA. The regulation in question is now expected to cost around $400 billion and will raise electricity rates in more than a dozen states by 20 percent or more. Every single American will be impacted by this regulation; whether one interest group exercised inappropriate influence over its design seems to be a fair question.

NRDC was outraged. They characterized Vitter’s letter as “dangerous” and an “illegitimate fishing expedition.” NRDC wrote that Sen. Vitter’s letter “ought to worry citizens and groups across the ideological spectrum that normal policy advocacy can result in an investigation.” If that were truly the case, you would expect NRDC to come to the defense of a handful of scientists who were targeted because their research doesn’t support Rep. Grijalva’s point of view. But no, I haven’t been able to find a blog or press statement pushing back against Rep. Grijalva’s witch hunt.

What about the American Civil Liberties Union (ACLU) that wrote Sen. Vitter’s letter “appear[s] to be directed at intimidating a non-profit advocacy organization with the heavy hand of Congress”? Crickets. For these groups, apparently only Republicans can send “dangerous” letters. Vitter’s letter was a targeted inquiry to NRDC, an organization with a hundred million dollar annual budget and over a hundred lawyers on staff. Rep. Grijalva and Sen. Boxer showed neither discretion nor justification for their inquisition and went after scientists and non-profits with budgets incomparable to NRDC’s.

If these groups truly believe that Sen. Vitter’s behavior is problematic, they should have come to the defense of scientists and fellow non-profits by now. Since they have not, it appears their outrage, while draped in the 1st Amendment, is really about being asked tough questions.