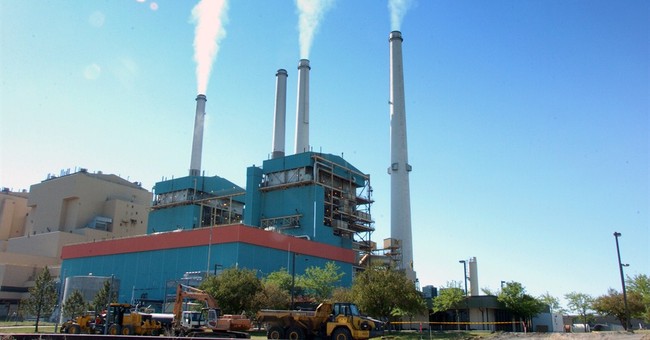 During President Obama’s Climate Speech at Georgetown University, the leader of the executive branch warned opponents of his just announced EPA regulations that “sticking your head in the sand might make you feel safer, but it's not going to protect you from the coming storm" and that “we don't have time for a meeting of the flat-Earth society."

Given the Left’s utilization of the bully pulpit and introduction of false choices – you are either for EPA regulations or are sticking your head in the sand – it is encouraging that so many Americans doubt the Obama Administration’s ability to effectively and fairly implement incredibly costly regulations. The American people’s skepticism is evident in Congress’s strong aversion to pass legislation that would punish carbon-based energy, thereby increasing its cost. It is because of Congress’s explicit refusal to raise electricity prices that President Obama has subverted the legislative branch and unilaterally proposed EPA regulations.

I suspect that the more Americans hear about President Obama’s carbon regulations, the more they will urge Congress to overturn them. While President Obama only publically touted new carbon emissions standards for power plants a few weeks ago, the regulations date back to last year when the EPA proposed carbon emission standards that would effectively banned construction of new coal-fired power plants.

According to the EPA’s own analysis, their new carbon regulation banning coal power plants wouldn’t cost anything, since no new power plants would ever be built. Indeed, the EPA’s draft proposal states that “there will be no construction of new coal-fired generation without CCS [Carbon Capture Storage] by 2030.”

This EPA-deemed “free” regulation is anything but, tens of thousands of workers directly or indirectly employed by the coal industry would have lost their jobs.

More broadly, ratepayers all across the country would have seen their electricity bills increase – 37 percent of America’s electricity was generated from coal-fired power plants in 2012. Although the EPA pulled back this specific proposed regulation fearing that it would not holdup in court, President Obama announced its reintroduction and expansion to include existing power plants in his Georgetown University speech.

Such broad, all-encompassing carbon regulations have the potential to devastate electricity markets and cripple the American economy. A 2012 report released by Senator Inhofe estimates the cost of carbon regulations could be as high as $300-$400 billion, an expense that would be borne by ratepayers, i.e., you.

With President Obama in the White House for a second term, it will be nearly impossible to get the Administration to pull back its regulations. That means the onus to stop these EPA regulations, which is just what the public wants, falls on Congress. If conservatives want to stop Obama’s carbon regulations, we will need to take control of the Senate. Luckily, a number of red state Democrats that endorse the EPA’s policies are running for reelection in 2014: Sen. Mark Begich (D-Alaska), Sen. Mary Landrieu (D-La.), Sen. Mark Pryor (D-Ark.).

If these Senators’ constituents knew what their so-called representatives were really up to in Washington, DC, they would throw them out in a second. It is the conservative movement’s job to explain these Senators’ duplicity and send them packing. Once we do that, we can stop President Obama’s anti-carbon agenda.