The Death of Death Culture, Or Just a Hiatus?

Chris Stigall
|
Posted: Mar 30, 2020 12:01 AM
Share   Tweet
The opinions expressed by columnists are their own and do not necessarily represent the views of Townhall.com. 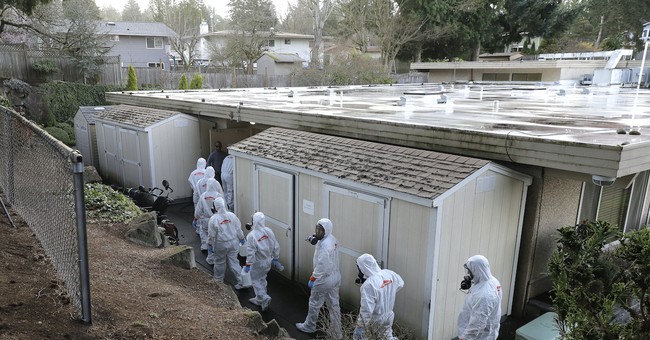 If there’s something positive to come out of the COVID-19 pandemic, perhaps it’s a turning point in the national discussion over the value of human life. This would be a marked change from recent years in our national dialogue and politics, to be sure. Individual lives and their value have been treated as very much “none of our business” until recently.

Fifteen years ago this month, the debate over Terri Schiavo gripped the nation. She spent half her life in a long-term care facility after suffering a cardiac arrest, severely damaging her brain and leaving her unable to survive without the aid of feeding tubes.

Her husband Michael Schiavo believed she should be allowed to die. Her family bitterly disagreed. Terri’s wishes were never abundantly clear, so it was left to the family to fight it out. Which lead to court. Which lead to President Bush and his brother, Florida governor Jeb Bush as well as every level of the judiciary - all the way up to the Supreme Court weighing in on Terri’s fate.

Ultimately, the Florida courts prevailed, siding with Terri’s husband. Her feeding tube was removed and she was allowed to die.

If you go back and research that period in history, you’ll find few mainstream news outlets, or polls, or news commentators (save self-identified conservatives, Catholics, etc) advocating to keep Schaivo alive. Quite the opposite, in fact. There was an almost fanatical cheering for this woman to be sent to the grave.

“If I was hooked up on feeding tubes, I wouldn’t want to live that way. If my spouse was incapacitated like that, I should be able to decide whether they live or die,” was likely the thought in many minds.

But what did any of us really know about that woman’s life or what she thought? The truth is we didn’t. But the polling all said by a sizeable margin we as a nation were sure her husband was right, her family was wrong, and she should die.

It was creepy to me then and it still is today.

Equally creepy were the number of advocates who succeeded in what became known as “death with dignity” laws across the country, allowing people like the late Dr. Jack Kervorkian the ability to prescribe lethal narcotics to patients with illnesses for which there are no medical cures. Kervorkian was once sentenced to jail for doing so. Today he’d likely have a prominent practice.

When Obamacare was being debated in 2009, President Obama held a televised town hall on ABC News. A woman rose to tell the president a story of her 105-year-old mother who, at age 100 was initially denied a life-sustaining pacemaker. After a second opinion, the woman’s mother received the surgery that successfully kept her alive five more years.

"Look, the first thing for all of us to understand is that we actually have some -- some choices to make about how we want to deal with our own end-of-life care…we as a culture and as a society [can start] to make better decisions…at least we can let doctors know and your mom know that, you know what? Maybe this isn't going to help. Maybe you're better off not having the surgery, but taking the painkiller."

Those five years were invaluable to a family, but to the government they were too expensive.

In 2013, a ten-year-old Pennsylvania girl had weeks to live unless she was given an adult lung transplant her doctors believed could save her. Arbitrary government rules on transplants stipulated adult lungs could only go to those age twelve and up unless HHS Secretary Kathleen Sebelius intervened.

When pressed in a congressional hearing over why she would not change the rules to save the life of the young girl, Sebelius explained, “…this is an incredibly agonizing situation where someone lives and someone dies.”

Ultimately a judge ordered Sebelius to change the rule, the young girl had the life-sustaining transplant and is still alive today. No thanks to Sebelius.

Failed presidential candidate Michael Bloomberg, discussing the costs of treating the nations’ elderly for things like prostate cancer said in 2011:

“If you show up with prostate cancer and you’re 95, we should say ‘go and enjoy, have a nice day, live a long life.’ There’s no cure and we can’t do anything. If you’re a young person, we should do something about it.”

And who can forget the grizzly details of Kermit Gosnell’s Philadelphia baby butchery? Or Planned Parenthood’s vulgar discussion of selling babies’ body parts on hidden camera? Or Virginia Governor Ralph Northam’s soft, genteel explanation of how he’d kill a baby even after it’s born? Just after he “makes it comfortable,” of course.

These voices from Hell have driven our national dialogue when it comes to the respect for human life for too long. Perhaps that will change now that a virus is sweeping the globe?

There seems to be an obsessive, daily, cable-news body count of those who contract and succumb to COVID-19. As of now, we believe the elderly and those with compromised immune systems are the most in danger.

There is appropriate fear and concern over losing our fellow man to this pandemic. We’re all desperate to find vaccines and drug cocktails that might stave off certain death. Cable news seems to project grave worry about lives lost.

Can you imagine anyone in government or on TV saying “people live and people die,” or “take a pill,” or “have a nice day, we can’t do anything” in the midst of today’s news?

When this pandemic is under control and we have future discussions about the value of life, we should never tolerate the cold, ruthless, flippant rhetoric of the past from our political leaders and leading media outlets again.

But be forewarned, it’s likely their culture of death is just on hiatus.