Chris Jacobs
|
Posted: Aug 20, 2020 12:01 AM
Share   Tweet
The opinions expressed by columnists are their own and do not necessarily represent the views of Townhall.com. 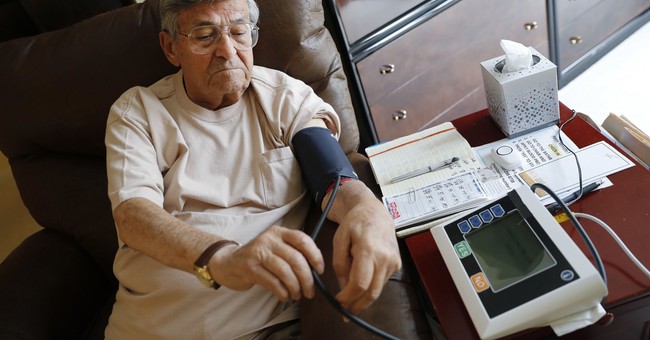 Unfortunately, the old saying about looks being deceiving applies to some interest groups in Washington, chief among them AARP. That organization, formerly known as the American Association of Retired Persons, attempts to call itself a consumer advocacy group and continues to play a high-power role in major health policy debates based on the perception that it represents seniors.

But in reality, AARP functions as a marketing and lobbying arm of its for-profit partners—and frequently behaves in ways its own members find objectionable. My new report for American Commitment takes a deep dive into AARP’s financial activities, peering behind its alleged pro-consumer façade to analyze its lucrative, and highly controversial, business practices.

For starters, AARP has received a staggering amount of revenue from its marketing activities: Over $11 billion from 1999 through 2018. As the organization’s reach has exploded—marketing revenues grew nearly fivefold, from $196.7 million in 2001 to $938.9 million in 2018—so too has the marketing revenue AARP receives from UnitedHealthGroup, the nation’s largest insurer. Revenue from UnitedHealth constitutes nearly 40% of AARP’s entire budget—more than double the amount of revenue generated from membership dues.

AARP’s reliance on UnitedHealth for more and more of its budget has led to questionable behavior. Most of AARP’s revenue from the sale of UnitedHealth insurance plans comes via Medigap supplemental policies, for which AARP receives 4.95 cents out of every premium dollar as a “royalty fee.”

AARP’s percentage-based compensation for Medigap gives it a clear financial conflict-of-interest. AARP has every financial incentive to keep premiums high, to get seniors to buy the costliest Medigap plans, and to sell seniors Medigap coverage who may not even need it—because, for every additional dollar seniors pay in premiums, AARP receives 4.95 cents more in “royalties.”

Lest one believe that these financial conflicts have no impact on AARP’s behavior, consider what happened during the debate over Obamacare. AARP claims that the law ended discrimination against individuals with pre-existing conditions. But Obamacare left the Medigap insurance market entirely unchanged. Medigap insurers—including the AARP-branded offerings from UnitedHealthGroup—can and do impose restrictions on individuals with pre-existing conditions.

In late 2009, AARP insisted that Congress end the Medicare Part D “doughnut hole” before it would endorse the legislation that became Obamacare. But at the same time, lawmakers stripped language applying the pre-existing condition provisions regarding Medigap coverage, which had been included in a draft of the legislation, from the final version of the bill that became law. Does it represent pure coincidence that AARP stood idly by while lawmakers removed language affecting one of AARP’s biggest revenue sources—Medigap coverage? I think not.

History demonstrates that AARP always looks out for its bottom line, just as its executives and staff look out for theirs. According to the organization’s most recent Form 990 filing with the IRS, all 13 of its key officers and executives received total compensation from AARP exceeding $450,000 in 2018. That same year, the organization paid an average of $172,484.80 in compensation to each of its 2,015 employees—this in the same year when the average senior received less than one-tenth that amount ($16,848) in Social Security benefits.

Prior reporting confirms that AARP ties its executives’ compensation figures to the “royalty fees” the organization receives from its members: “Revenues are very important. You have to make your numbers.” As long as AARP continues to rake in cash by overcharging its members for Medigap coverage, executives will continue to receive their lavish salaries and benefits.

You may have noticed a lot of AARP TV ads lately using out-of-context clips of President Trump pressuring the Senate to pass Nancy Pelosi's prescription drug price controls bill.  Have they weighed the tradeoffs and determined in the interests of their members that low, government-set prices are worth sacrificing the new treatments and cures that would no longer be developed?  Or are they simply advancing the business interests of UnitedHealth?  There is no way to be sure.

One thing I can conclude without a doubt is that AARP is less a consumer advocacy organization and more a poster child for the worst excesses of the Washington “Swamp.”