Why America Should Not Export Its Oil Now 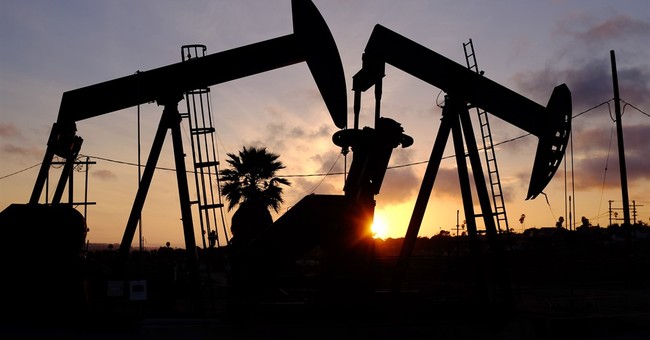 Congress has finally put the oil export ban on the table, wrapped up in a burrito of pork-laden spending that will cost taxpayers nearly $1 trillion, and that’s just over the next 10 months. From $400 million for a new FBI headquarters to tax breaks for racehorses, film productions and NASCAR tracks, this bill bellies pork up to new heights.

However, a key component of the bilateral proposal comes at precisely the wrong time. Congressional Republicans, well funded by big oil, have been looking for the opportunity to slip removing the crude export ban into just the right bill.

However, now is not the time to be putting our domestic oil on the international market, and we have Saudi Arabia to thank for showing us so.

Just over a year ago, Saudi Arabia virtually declared war on US shale, precipitated from its distaste of losing market share, to its abhorrence with President Obama’s infatuation with archenemy Iran. In doing so, it admitted American shale had a very high competitive value, and wanted to stomp it down, or completely tap it out.

What American lawmakers should be focused on now is taking the gift Saudi Arabia has given us, and turning it into the ultimate political weapon of OPECs demise. Since the cartel was formed in September, 1960 in Baghdad, America has been subject to its increasing influence on world oil prices. In 2015, OPEC as an organization with any kind of influence on world oil prices is dying. Now, America could literally finish it off, and in the same stroke, establish itself as the new dominant oil power player.

How? It would require political leadership, and that seems to be more scarce in Washington, D.C. today than a heard of swine.

Here is a plan that would permanently disband OPEC:

1. The United States would join with Canada and Mexico (Canada has the world’s third-largest oil reserves) and create a North American Energy Federation.

2. Invite the lesser OPEC producing members of Nigeria, Angola, Algeria, Venezuela and Ecuador to join. These countries already know that Saudi has abandoned them for its own agenda. Just two days after the last OPEC meeting, Nigeria and Angola announced their own plan to pursue other producing nations to attempt a production cut to take some supply off the market. These nations would be quite vulnerable to break ranks with OPEC.

3. Next, in Nixonesque-style, use WTI as the benchmark for the Federation and set the price at $75.

4. Federation nations would alienate themselves from imports from Saudi, Kuwait, Iran, Iraq, Qatar and the UAE, sending those countries scrambling to sell the oil they already have on tankers and in pipes.

What would happen with this broad stroke is the United States would leverage our shale asset to our own strategic advantage. Instantly, rigs would begin moving again. Fracking units would mobilize to some of the estimated 3,000 wells that have been drilled but not completed. Jobs in the oilfield would once again come into high demand and thousands of American families could once again enjoy high-income salaries. Canada’s Tar Sands would begin production, fueling the now-stagnant Albertan economy. The OPEC “lesser” nations would instantly double their revenue, and potentially avoid likely future credit defaults under current prices. While gasoline prices would go up some, it would still settle near the inflation adjusted historic average of $2.50 per gallon.

And, most importantly, OPEC would be officially dead. Disbanded and left scrambling to sell its cheap oil into remaining over-saturated markets, while the new Federation has all the oil it needs at a price everyone could live with. Once stable, then the price control could be relaxed and return to a free-market trade but on a new supply and demand metric.

This is a plan that would benefit America strategically, and would be the catalyst to finally wean this great nation from the chokehold of foreign oil. This is precisely why we should not be selling our oil abroad at this critical time. The great concern is how easily Congress agreed to excessive spending at a time when fiscal restraint should be paramount. To think that there would be such visionary leadership on Capitol Hill today would be overly optimistic. Yet, we could be so close to true energy independence, and all it would take is courage and vision.