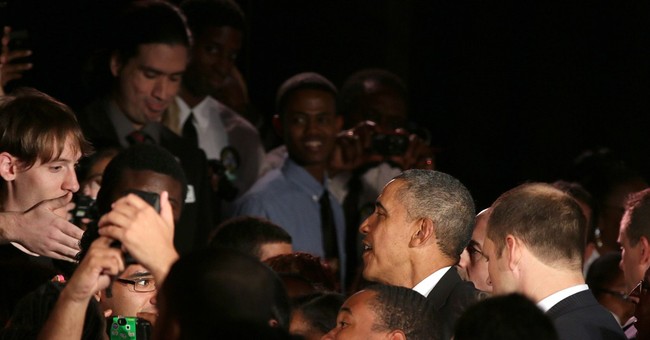 In 1932 Franklin Delano Roosevelt gave an inspired speech some now credit for adjusting the trajectory of what’s considered the legitimate role of American government to meddle in the lives of its citizens. In that speech he referred to “the forgotten man.” Speaking in the early stage of the Great Depression, which his policies would ultimately extend, he said, in part, “These unhappy times call for the building of plans that rest upon the forgotten, the unorganized but the indispensable units of economic power, for plans…that build from the bottom up and not from the top down, that put their faith once more in the forgotten man at the bottom of the economic pyramid.”

Ah, the Forgotten Man; the man of whom society forgot to take care. The problem with FDR’s reference is that it was a deliberate corruption of an expression coined by Yale University Professor (and the first in “Sociology”) William Sumner back in the 1800’s. Sumner, the proto-libertarian and antitheses of the collectivist FDR, had coined the term “Forgotten Man” in his pioneering discussion the welfare state. He wrote:

As soon as A observes something which seems to him wrong, from which X is suffering, A talks it over with B, and A and B then propose to get a law passed to remedy the evil and help X. Their law always proposes to determine what C shall do for X, or, in better case, what A, B, and C shall do for X... What I want to do is to look up C... I call him the forgotten man... He is the man who never is thought of. He is the victim of the reformer, the social speculator, and philanthropist, and…he deserves your notice both for his character and for the many burdens which are laid upon him.

Hardly bedrock for the New Deal.

Now let’s pause & reflect upon the passing of the deadline for open enrollment in Obamacare and the widespread rejection of the plan by Millennials. Certainly the reader knows the importance of Millennials to the plan? They were the healthy young ones; the ones who were needed to sign up in order to subsidize the sick, the elderly and the uninsurable. President Obama’s costly and cumbersome signature piece of legislation was to be funded squarely on the backs of the youth in this country. Or shall we call them C?

Calling Obamacare a disaster is to cast disasters in a bad light. Born in a lie (40 million uninsured) made so opaque by the media it became axiomatic it now has placed our nation’s medical system on the edge of ruin. The list is longer than space permits but consider a) needed Millennials are not signing up b) uninsured are not signing up c) people that are signing up are not necessarily paying and d) many of those who are signing up have moved into Medicaid, a program which previously existed and is paid for completely by, wait for it, C.

Millennials need to see that they have become the forgotten generation. They are being forced to pay for other people’s healthcare (they don’t need much themselves). They are being forced to pay for other people’s retirement (when polled they don’t believe social security will be around for them). They are having employment opportunities taken away under the banner of a greener workplace and higher employment taxes (they just want to pursue their dreams). Fortunately, Millennials will voluntarily sacrifice themselves at the altar of the greater good because they happen to be the first generation in recorded history that cares nothing of their own station in life. President Obama expects Millennials to become text-book co-dependents, a condition which would normally imply a behavioral disorder.

Our President must feel as though he’s been forsaken by Millennials given their collective lack of “team spirit” regarding Obamacare. After all, he so masterfully whipped them into a euphoric mob in getting them out to vote during the last two presidential elections. He shouldn’t take it personally. In arousing base sentiments over the inequalities of American life and generating an esprit de corps to punish the “one-percenters” he was tapping into a wilding urge to reach, without apprehension or guilt, into someone else’s wallet. With regard to Obamacare, he is now asking the same group to reach into their own wallet. He is learning that when individuals consider parting with their own money, they apply a different heuristic.

Perhaps he already knew that. Perhaps he has just forgotten.

Matt Vespa
To Those Outraged Over Trump's Use of the Word 'Thug,' Someone Else Used it Too...
Cortney O'Brien
CNN Correspondent, Crew Arrested While Reporting Live in Minneapolis
Leah Barkoukis
The WHO Is Telling Us Something Else About Mask-wearing
Leah Barkoukis
Sen. Cortez Masto Withdraws Her Name from Consideration for VP
Reagan McCarthy
Anarchy Engulfs Minneapolis: Police, Firefighters Stand Down As Rioters Burn City to the Ground
Matt Vespa