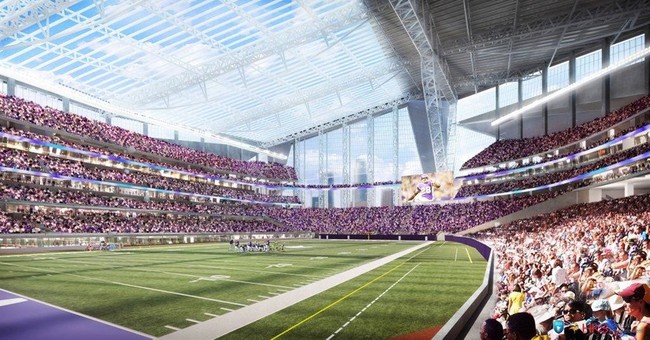 When Seattle kicks off next Sunday against Denver in Super Bowl XLVIII, 100 plus million Americans are anticipated to be tuning in. They aren’t necessarily tuning in to watch the action on the field. According to a 2010 study from Neilson, 51% of them will be there primarily to see the commercials; not the game.

The Super Bowl ads have been as big, or bigger, than the game for a couple of decades. It was in 1980 that a replay of Pittsburgh’s “Mean” Joe Greene offering his jersey to a kid for his Coca Cola set the standard. Now courses are taught using Super Bowl commercials and television shows have aired with only the commercials as their content. Nothing legal can be quite so entertaining in under 60 seconds.

The youth-directed ads for Obamacare seen over the past 3-4 months are plainly inspired by the Super Bowl ad pioneers. Adam Levine is using his sexiest-man-alive swag to encourage enrollment. An Obama impersonator (I think. He’s really good) croons in a lyrically enhanced version of Drop it Like It’s Hot. There’s the college son whose parents tell him they have “something really important to talk to him about” when he arrives for the holidays. On the drive, his mind envisions parental horrors but he’s then pleasantly surprised to learn they only wanted to tell him to sign up for health insurance.

In 2000, before the Dot-Com bubble, Super Bowl XXXIV featured ads from over 15 e-commerce companies. Many of those companies would soon succumb to market exuberance but lessons were learned. When Budweiser runs an ad that shows horses playing football for 58 seconds and then a bottle of beer for two it doesn’t matter; everyone knows Budweiser Beer. However, when a Dot-Com company ran an entertaining but non-informative ad in 2000 people laughed and had no idea what they were laughing at, giving them an insight into dementia perhaps, but creating no compulsion to buy.

The underlying premise to an Obamacare ad targeted at young people is that the audience is so shallow and devoid of contemplative thought that if you make them LOL or tap their foot they’ll rush to a website to post-hypnotically click on “Proceed to Checkout”. Unfortunately for Obamacare’s Mad Men young people have proven to be marginally smarter than suggested by focus groups.

Every American, regardless of age, knows the dreaded phrase “eat your peas”. It has become a metaphor for telling someone to do something that is good for them but not pleasant. Imagine if after having told you to eat your peas, mom had said “comma and you owe me $5 for them”. Now you’d have been asked to pay for something you found unpleasant. That would be tough to market even with an unclothed Adam Levine.

But it’s actually worse than that. Obamacare is attempting to trick young people not into paying for their own peas which are at least good for them, but to pay for something, that upon their closer examination looks more akin to arsenic than vegetables. The purchase of Obamacare at current rates and deductibles for healthy youth is a fundamentally bad financial decision. The youth aren’t rebelling against Obamacare, they are reasoning.

It doesn’t have to be an internet or television video production to show that advertisers for Obamacare think our youth are easily persuadable. The Colorado print ads showing a coy young girl hip-hugging her birth control pills while ogling a Ryan Gosling-type infer that signing up with a healthcare exchange is a ticket to a good time without the fear of consequences. Given other support from Lady GaGa, Taye Diggs, Sarah Silverman, Jennifer Hudson and others who featured in a wide variety of endorsement spots one would think it would all be enough to assure the ACA would hit its enrollment goals.

In 1958, back when people were in black and white, Ford rolled out its can’t-miss new car, the Edsel. Named for the son of Henry Ford and introduced with a mysterious and non-informational ad campaign the new line was sure to create such a buzz that success was a foregone conclusion. Instead, it became a colossal market bust and now today “Edsel” is the “Kleenex” of failed campaigns. Car-buyers didn’t get it and when they went to their dealership to learn more they found out there was nothing to “get”. The question posed now is if “Obamacare” will someday be known as the “Edsel” of government programs?