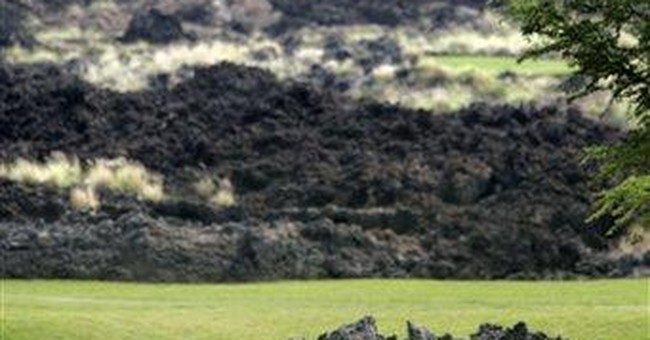 When President Obama signs the "Children's Health Insurance Program Reauthorization Act of 2009," (which passed the Senate by a vote of 66-32 last night) he will take the country on the first of what are likely to be several steps during his Administration toward "universal" health insurance.

I haven't seen any polling, but I bet "universal" is a word that appeals to most Americans. We all want people to have access to good things like health insurance and quality medical care. Yet Americans should recognize that when politicians talk about "universal" insurance, they're really talking about "government" insurance. And, as government takes over the insurance aspect of healthcare, it will inevitably take over other aspects as well. Politicians lambast private insurance companies for measures taken to manage costs and discourage medical over-consumption, but you can be sure that Uncle Sam will be most aggressive in these areas. Look to countries with government-run healthcare to get a glimpse into the long-waiting lines for medical procedures and government-imposed rationing that Americans can expect once we move fully to a single-payer system.

Those who already have quality healthcare may assume that this debate really doesn't have much to do with them. After all, as a candidate, President Obama promised "if you like your current health insurance, nothing changes." Yet Americans should consider the dynamic that would occur as the government provides more and more publicly subsidized insurance options.

The experience of Hawaii in launching the first state-based "universal" child health insurance program is instructive. The program was created in hopes of helping the island state's uninsured children (estimated to number between 3,500 and 16,000) by providing free health insurance coverage and access to doctor's visits for just a $7 co-pay.

What lawmakers soon learned was that it isn't just the existing pool of uninsured who wants to take advantage of a free government alternative; many parents dropped their private coverage in order to qualify for the government-funded plan. A staggering 85 percent of those who enrolled previously had health insurance. Dr. Kenny Fink, an administrator at Hawaii's Department of Human Services, summed up what was happening: "People who were already able to afford healthcare began to stop paying for it so they could get it for free. I don't believe that was the intent of the program." Just seven months after the program's launch, government officials decided to shut it down.

Maybe encouraging people to switch from private to government-provided insurance wasn't the intention of Hawaii's universal children's health insurance initiative, but that result certainly shouldn't have come as a surprise. When a free alternative becomes available, it's sensible for families to reevaluate if they should continue paying for a service on their own. This dynamic will hold true whether the federal government starts offering preschool through the government-run public school system (another Democratic priority) or if they expand eligibility for government-subsidized healthcare.

The Heritage Foundation estimated that about half of children who would obtain health insurance through SCHIP if eligibility is raised above 200 percent of the poverty line would have previously had private insurance. Other economists have placed the estimate even higher. As more families decide to stop paying for private insurance and switch to the government system, some children may actually end up having worse healthcare coverage than they did before the government generously offered taxpayer-funded support.

The migration from the private insurance marketplace to government programs will have consequences beyond the effects on individual families and even beyond the price tag that will have to be borne by taxpayers. Private insurers will be losing business to the public system and will have increased difficulty offering their services at the same prices. They may have to find ways to cut costs or reduce expenses. As their services become comparatively less attractive, more people will make the switch. Employers who today help pay for employees' health insurance may begin to decide it isn't worth the investment and that employees would rather have money in their pockets and make the leap into the government program.

President Obama may sincerely not want Americans currently happy with their health insurance to be affected by new government policies. But such policies have consequences beyond their most visible beneficiaries. Americans would be wise to understand that whether they like it or not change may be coming their way.