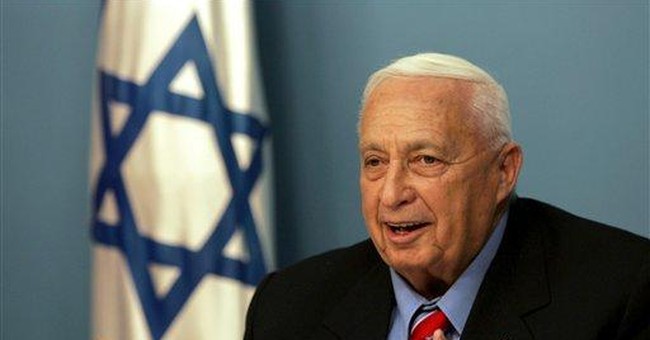 It wasn't a US Army sniper who killed IDF Lt.- Col. Dov Harari and seriously wounded Capt. Ezra Lakia on Tuesday. But the Lebanese Armed Forces sniper who shot them owes a great deal to the generous support the LAF has received from America.

For the past five years, the LAF has been the second largest recipient of US military assistance per capita after Israel. A State Department press release from late 2008 noted that between 2006 and 2008, the LAF received 10 million rounds of ammunition, Humvees, spare parts for attack helicopters, vehicles for its Internal Security Forces "and the same frontline weapons that US military troops are currently using, including assault rifles, automatic grenade launchers, advanced sniper systems, anti-tank weapons and the most modern urban warfare bunker weapons."

Since 2006, the US has provided Lebanon some $500 million in military assistance. And there is no end in sight. After President Barack Obama's meeting with Lebanese Prime Minister Saad Hariri in June, the White House proclaimed Obama's "determination to continue US efforts to support and strengthen Lebanese institutions such as the Lebanese Armed Forces and the Internal Security Forces."

And indeed, in late June, US Defense Secretary Robert Gates informed Congress that the Pentagon intends to provide the LAF with 24 120mm mortars, 24 M2 .50 caliber machine guns, 1 million rounds of ammunition, and 24 humvees and trailers. The latest orders should be delivered by the end of 2011.

According to the Los Angeles Times, the administration has already allocated $100m. in military assistance to Lebanon for 2011.

According to Lebanon's As-Safir newspaper, in written testimony to Congress, last week Obama's nominee to head the US Central Command, Gen. James Matthis, claimed that relations between US Central Command and the LAF focus on building the LAF's capabilities "to preserve internal stability and protect borders."

And how is that border protection going?

Tuesday's unprovoked LAF ambush of Lt.-Col. Harari's battalion within Israeli territory showed that the LAF is fully prepared to go to war against the US's closest ally in the region, in order to deter IDF units from crossing the border.

Even worse, are willing to commit unprovoked acts of illegal aggression to harm Israel.

As The Jerusalem Post reported on Wednesday, there is no reason to be surprised by what happened.

Since 2009, LAF soldiers have frequently pointed their rifles at IDF soldiers operating along the border. In recent months they have also cocked their rifles while aiming them at IDF forces. It was just a matter of time before they started shooting.

The same aggressive border protection is completely absent, however, along Lebanon's border with Syria. Since 2006, the LAF has taken no actions to seal off that border from weapons transfers to Hizbullah. It has taken no steps to protect Lebanese sovereignty from the likes of Syria and Iran that are arming Hizbullah's army with tens of thousands of missiles.

For the past four years, in open breach of UN Security Council Resolution 1701, which set the terms for the cease-fire that ended the Second Lebanon War, the LAF has done nothing to block Hizbullah from remilitarizing and reasserting control over southern Lebanon.

Moreover, the institution that the State Department views as the anchor of a multiethnic, independent Lebanon did not lift a finger against Hizbullah when Hizbullah staged a coup against the Saniora government in 2008.

In a sense, by effectively collaborating with Hizbullah, the LAF did ensure "internal stability."

But it is hard to see how such "internal stability" -- based as it is on Hizbullah control over Lebanon -- advances US interests.

In stark contrast, as the Los Angeles Times reported last week, the US-supported Lebanese Internal Security Forces have used US signals equipment to help Hizbullah ferret out Israeli agents. According to the Times, "A strengthening Lebanese government is helping Hizbullah bust alleged spy cells, sometimes using tools and tradecraft acquired from Western nations eager to build up Lebanon's security forces as a counterweight to the Shi'ite group."

The US has refused to reckon with the consequences of its actions. As the Times reported, last week Assistant Secretary of Defense Alexander Vershbow visited Beirut and said that continued US aid and training to the LAF would allow the Lebanese Army to "prevent militias and other nongovernmental organizations" from undermining the government.

It also bears recalling that during the 2006 war, the LAF provided Hizbullah commanders with targeting data for their missiles and rockets.

The LAF also announced on its official Web site that it would award pensions to families of Hizbullah fighters killed in the war.

UNFORTUNATELY, THE LAF is not the only military organization aligned with Israel's enemies that the US is arming and training. There is also the US-trained Palestinian army.

Hundreds of Israelis have been murdered and maimed in these attacks.

The Palestinian force being trained by the US Army represents a disturbing, qualitative upgrade in Palestinian military capabilities. OC Central Command Maj.-Gen. Avi Mizrahi warned IDF ground forces about the new US-Palestinian threat in May.

As Mizrahi put it in a speech at Tze'elim training base cited by Ben-Menachem, "This is a well trained force, better equipped than its predecessors and trained by the US. The significance of this is that at the start of a new battle [with the Palestinians] the price that we will pay will be higher. A force like this one can shut down a built-up area with four snipers. This is deadly. These aren't the fighters we faced in Jenin [in 2002]. This is an infantry force that will be fighting us and we need to take this into account. They have offensive capabilities and we aren't expecting them to give up."

The IDF assesses that the US-trained force will be capable of overrunning small IDF outposts and isolated Israeli communities.

To date, the US has spent $400m. on the Palestinian army. The Obama administration has allocated an additional $100m. for the next year.

And the US is demanding that Israel support its efforts. In a General Accounting Office report issued in May, Israel was excoriated for hampering US efforts to build the Palestinian forces.

The US claims that what it is doing cultivates stability. It argues that the Palestinian and Lebanese failure to prevent terror armies from attacking Israel is due to their lack of institutional capacity to rein in terrorism rather than the absence of institutional will to do so. The US claims that pouring hundreds of millions of dollars into these Lebanese and Palestinian armies will enable them to become stabilizing forces in the region that will engender peace. What the administration ignores, however, is the fact that the members and commanders of these US-trained forces share the terrorists' dedication to Israel's destruction.

TO ITS undying shame, Israel has publicly supported, or, at best failed to oppose these American initiatives. By doing so, Israel has provided political cover for these US initiatives that endanger its security. Although it is crucial to call the US out for its sponsorship of terror-aligned armies, it is also important to understand Israel's role in these nefarious enterprises.

Israel has gone along with these US programs for a variety of reasons. Sometimes it has been due to domestic politics. Sometimes it owed to Israel's desire to be a team player with the US government. But generally the Israeli rationale for not loudly and vociferously objecting to US assistance to enemy armies has been the same as Israel's rationale for embracing Yassir Arafat and the PLO in 1993 and for every other Israeli act of appeasement toward its enemies and allies alike.

Successive Israeli governments have claimed that by supporting actions that strengthen Israel's enemies, they gain leverage for Israel, or, at a minimum, they mitigate the opprobrium directed against Israel when it takes actions to defend itself. In Lebanon, for instance, Israel agreed to the US plan to support the Hizbullah-dominated Saniora government in the hopes that by agreeing to give the Lebanese government immunity from IDF attack, the US would support Israel's moves to defeat Hizbullah.

But this did not happen. Indeed, it could not happen. The pro-Western Lebanese government ministers are beholden to Hizbullah.

Whether they wish to or not, former prime minister Fuad Saniora and his successor Hariri both act as Hizbullah's defenders to the US.

And once the US committed itself to the falsehood that the Sanioras and Hariris of Lebanon are independent actors, it inevitably became Hizbullah's advocate against Israel as well. The logic of appeasement moves in one direction only - toward one's enemies.

The same holds for the Palestinians. Israel believed that once it capitulated to international pressure to recognize the PLO the US, the EU and the UN would hold the PLO to account if it turned out that Arafat and his minions had not changed their ways. But when Arafat ordered his lieutenants to wage a terror war against Israel rather than accept statehood, the US, the EU and the UN did not rally to Israel's side.

They had become so invested in their delusion of Palestinian peacefulness that they refused to abandon it. Instead, at most, they pinned the full blame on Arafat and demanded that Israel support their efforts to "strengthen the moderates."

And so, in this demented logic, it made sense for the US to build a Palestinian army after the Palestinians elected Hamas to lead them.

And so on and so forth. In every single instance, Israel's willingness to embrace lies about the nature of its enemies has come back to haunt it. Never has Israel gained any ground by turning a blind eye to the hostility of the likes of Salam Fayyad and Saad Hariri.

It is true; the US is abetting and aiding the war against Israel by sponsoring the LAF and the Palestinian military. But it is also true that the US will not stop until Israel demands that it stop. And Israel will not demand that the US stop building armies for its enemies until Israel abandons the notion that by accepting a lie told by a friend, it will gain that friend's loyalty.