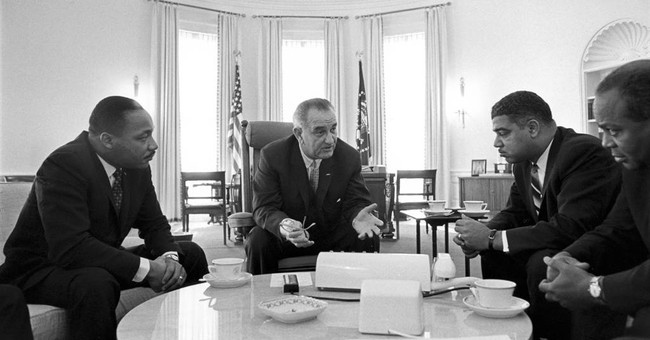 As we draw near the end of Black History Month one thing is for certain, it's done more to suppress American History than tell her story.

According to history.com the origins of Black History Month begins in 1915 when Harvard-trained historian Carter G. Woodson and minister Jesse E. Moorland founded the then Association for the Study of Negro Life and History (ASNLH), which is an organization dedicated to researching and promoting achievements of blacks and other peoples of African descent. In 1926, the group sponsored a national Negro History week, choosing the second week of February to coincide with the birthdays of Republicans Abraham Lincoln and Frederick Douglass.

In the decades following, mayors across the country began issuing annual proclamations recognizing Negro History Week. As a result of the renewed Civil Rights Movement of the 1960s and a growing awareness of black identity, Negro History Week evolved into Black History Month on many college campuses. Finally, in 1976 Republican President Gerald R. Ford officially recognized Black History Month and called upon Americans to "seize the opportunity to honor the too-often neglected accomplishments of black Americans in every area of endeavor throughout our history."

Today in America Black History Month has become little more than a tool for liberal academics and the racial grievance industry to perpetuate revisionist history that suits their agenda to transform America. It has produced an entitlement mentality amongst blacks, perpetual victimhood in place of accomplishment in black communities, and racial strife directed at white Christian Republicans. Additionally, Black History Month has conceived an ire amongst illegal aliens and legal immigrant minorities alike who believe they deserve just as much prominence on America's calendar as blacks. In other words, it's causing more division than celebration of unity.

Consider some of America's forgotten history. William Ellison, a former slave turned brutal slave owner helped finance the Confederate Army. We're familiar with Republican President Abraham Lincoln who signed the Emancipation Proclamation freeing slaves, but did you know Hiram Rhodes Revels was America's first black senator (1870-1871) during Reconstruction? Blanche Bruce also served in the United States Senate from 1875-1881. There were twenty one black congressman that served in the House of Representatives during Reconstruction as well. Why aren't we taught about these civil rights heroes in our schools? I suspect it's because they were all Republican! William Ellison being the exception.

It gets better! Despite what you've heard, the first civil rights legislation was passed in 1866 by the GOP. Not in 1964! In 1870 the Republican Congress passed and ratified the 15th Amendment, which gave blacks and former slaves the right to vote. In 1871, the Republican Congress passed the "Anti-KKK Act" to abolish the Democrats terrorist arm known as the Ku Klux Klan that was created to stop blacks and "nigger loving" whites, known as Republicans, from voting in the south.

In 1957 Republican President Dwight Eisenhower's civil rights bill was opposed by the likes of Democrat Senators John F. Kennedy and Lyndon B. Johnson. In Anne Coulter's book "Mugged" she describes how LBJ stripped the 1957 bill of its enforcement provisions. Thank God Eisenhower introduced a stronger bill in 1960. Conveniently, Democrats changed their position on racism due to political expediency. Lyndon B. Johnson adopted Dwight Eisenhower's ideas on civil rights as his own, and in 1964 the Republican Congress helped him pass the signature legislation known as the Civil Rights Act of 1964.

A.D. King, Father to Dr. Alveda King and little brother to MLK Jr. is another forgotten hero who worked tirelessly in the Civil Rights Movement. He was a juggernaut in his own right. Sadly, he was murdered just one year after his brother.

My point is this: Black History is American History, and it should be treated as such throughout the entire year wherever it's relevant. America, with all of its flaws has amazing heroes of all nationalities whose stories deserve to be told. Immigrants don't flock here because they believe we're a racist society. They flock here because they know that if they work hard they can succeed despite their ethnicity. In our bitterness, blacks have forgotten that we still live in the greatest, kindest nation ever known to man.

If race relations in America are going to get better, if blacks are going to choose forgiveness over blame, if so called modern day "civil rights leaders" are sincere about being reconciled to their fellow man, if blacks are ever going to be integrated into American culture, it seems to me a good place to start the healing process would be to eradicate Black History Month.