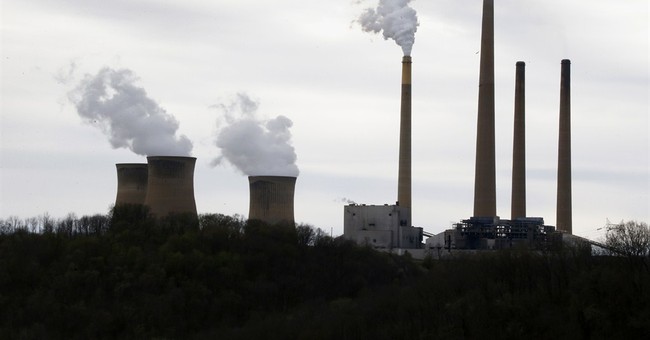 Perplexed by reports that “conservative, evangelical Christians” spoke out in favor of the federal EPA’s new proposed rule requiring 30% cuts in CO2 emissions from power plants by 2030?

America’s mainstream media always go gaga when they can find a few outspoken conservative, evangelical Christians toeing the liberal party line on some social issue—whether abortion, homosexuality, same-sex “marriage,” or environmentalism—even if in their cases “conservative” describes solely their theological, not their political, views.

That’s clearly the case regarding feverish reports in everything from the New York Times to ClimateProgress, (i.e., from pretty far Left to way out in the wild Green yonder) where reporters with little or no background on any significant aspect of the issue—whether it be scientific debate over global warming, or skyrocketing electricity rates driven by renewable energy, or the decades-long divide between politically liberal (small minority) and politically conservative (large majority) evangelicals—bent over backward to create the appearance of near-unanimity among evangelicals in support of EPA’s new rule.

I know. I spent about 45 minutes on the phone with one from the New York Times who did his level best to ignore everything I told him about the science: no global warming for at least the last 17 years and 10 months; climate models utterly failed to predict that and therefore are invalid, leaving their predictions of climate catastrophe utterly non-credible; natural solar and oceanic cycles far outweigh carbon dioxide in controlling global temperature; complete compliance with the rule would, by EPA’s own estimates, achieve less than two tenths of a degree temperature reduction, an amount so small as to be undetectable.

Likewise, I wasted my breath telling him about the economics of energy generation and its impact on the poor: wind and solar running 2 to 16 times as costly as coal and natural gas; rising electricity prices hurting everybody, but the poor most of all because they spend larger proportions of their budgets on electricity than the rest of us; that compliance with EPA’s rule would leave about a quarter of a million more Americans unemployed in any given year from now to 2030 and would cost about $50 billion a year, which is more than it would cost to build power plants and grids to give electricity to all the people in the world who don’t have it now, which would save about 4 million lives a year, and prevent hundreds of millions of illnesses per year, in developing countries around the world.

What the Times really wanted from me was guesses about how many evangelicals stood where—a trap I knew not to fall into because polls are so skewed. Oh, and he wanted to know why I didn’t join evangelical EPA supporters since they point to biblical texts that teach the importance of creation stewardship.

He did manage to report a little of what I said in response to that question:

“For the most part, people in the climate advocacy movement are ignoring a number of various biblical texts that are more specifically relevant to the issue. … They’re quoting broad general texts that everyone would agree with.”

That let him pretend his report was “balanced.” But he reported only the least damaging thing I said. He steered clear of reporting what I told him those “more specifically relevant” texts might be, like Genesis 8:21–22, in which God promised that as long as earth exists the cycles on which life depends will continue, or Psalm 104 and similar passages that tell us God has set a boundary for the sea, making catastrophic sea level rise due to manmade global warming less likely and raising the evidentiary bar for belief in it—and there were others.

Then there’s the cast of characters.

Not surprisingly, Christian socialist Jim Wallis’s Left-wing, Soros-supported (over $325,000) Sojourners is prominent among them, as is Richard Cizik, former vice president of the National Association of Evangelicals, who lost his position when he endorsed same-sex unions and then went to work for Ted Turner’s United Nations Foundation and George Soros’s Open Society Institute before founding the Soros-funded New Evangelical Partnership for the Common Good.

Then there is the Evangelical Environmental Network (EEN), which, backed by over $1 million from the Leftwing Rockefeller Brothers Fund, Marisla Foundation, and Energy Foundation, has campaigned hard to get “grassroots” folks to support EPA’s rule.

No wonder the pro-abortion Rockefeller Brothers Fund gave EEN $750,000. And no wonder over 30 real pro-life leaders rebuked EEN for obscuring the meaning of “pro-life,” making it more difficult to fight abortion in Congress!

And there were some new names among these “conservative, evangelical Christians.” Brandan Robertson, founder of the Revangelical Movement, is a rather interesting “evangelical.” See if you can figure out from his blog page titled “What Is the Gospel?” what he means by “gospel”—the root of the word “evangelical.” I can’t, and it seems he thinks nobody can.

And there’s Rev. Lennox Yearwood, founder of the Hip Hop Caucus, and community activist, who seems to embrace all things Left but whose church affiliation and whether he’s actually been ordained (and by whom) and pastored a church (and which) are unclear.

Is Yearwood a conservative? Definitely not in any socio-political sense.

Is he an evangelical, defined theologically? I’ve not been able to find out. Certainly he doesn’t make the gospel of justification by grace alone through faith alone in Christ alone (Ephesians 2:8–10; Romans 1:16–17; 3:28; Acts 4:12) who died for our sins, was buried, and rose from the dead (1 Corinthians 15:1–4) clear on his own website or in his self-description at Huffington Post, for which he’s a contributor.

In short, the massive shift of “conservative, evangelical Christians” into the global warming alarmist camp and to support of the EPA’s carbon dioxide regulations is an illusion, carefully created by liberal donors and trumpeted by the liberal media. Nothing here but “Dog bites man.”