What Became of Country Before Party?

Cal Thomas
|
Posted: Jan 31, 2019 12:01 AM
Share   Tweet
The opinions expressed by columnists are their own and do not necessarily represent the views of Townhall.com. 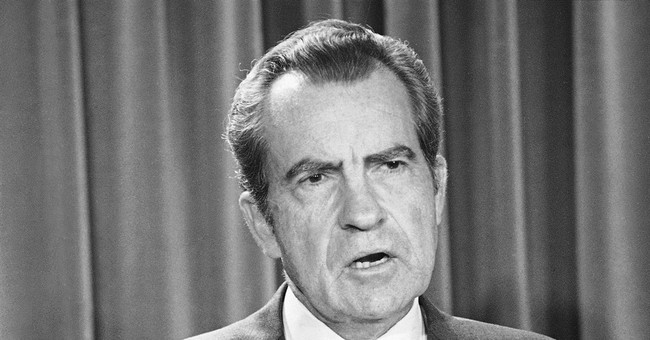 One of the few advantages of changing addresses is that you sometimes discover long-forgotten items.

In a recent move, I found an old recording that contained an interview of Senate Majority Leader Mike Mansfield (D-MT) by Paul Duke for NBC's "Today" show.

The year was 1968. Richard Nixon had just been elected president. Duke asked Mansfield how much cooperation the president-elect should expect from Congress. Mansfield's response to this and subsequent questions, compared to what we hear from the mouths of contemporary Democrats, is a shocking reminder of how far we have fallen in the last 50 years.

After saying that congressional cooperation depends on the kinds of programs Nixon would propose, Mansfield said this: "...we will lean over backward to give him whatever support we possibly can and because he will be president of the United States, he will represent all of us and we will endeavor at all times to put the future of the nation ahead of the future of the party."

Read the last part of that sentence again. Mansfield was no milquetoast when it came to his beliefs, but to my knowledge no one ever accused him of putting party before country. Many Democrats used to feel the same.

Later in the interview, Duke noted that Nixon had a considerable number of "enemies" in Congress and wondered whether that might result in a brief presidential honeymoon?

While acknowledging such a possibility, Mansfield added, "We will go more than halfway to work with President-elect Nixon in the interest of the nation."

Asked by Duke what kind of president Mansfield thought Nixon would make, he replied that Nixon's years of experience will make him "a good president. ... I wish him the best of everything in the years ahead because he will be the president of all of us and what he does or doesn't do will determine our destiny for a long time to come."

Everyone knows what the Nixon presidency became, but that is not the point here. The point is to contrast Mansfield's comments with those being made by today's Democrat leaders. Before the 2016 election and since, Democrats -- with perhaps one or two exceptions (but not the party or congressional leadership as a whole) -- have not had a single pleasant word for President Trump, much less acknowledge he is president of us all. No bending over backward for him, no way. It's more like kick him in the backside and stomp on him when he's down. Sadly, for many Republicans and conservatives, it was the same when President Obama was in office (and Bill Clinton, too).

What happened to Democrats like Mansfield and the late Sen. Henry "Scoop" Jackson (D-WA), and similar patriots? These and many Democrats who preceded them were strong anti-communists, nearly always putting the nation ahead of their party and personal interests. In the end, those priorities had the effect of helping them politically. For Democrats today, it seems that too often their careers, fundraising, appeals to the liberal base and re-election prospects matter more than the health and stability of the nation.

What changed? Plenty, including the failure to teach civics in too many schools, the absence of models of civility in public life, teaching respect for others, even when one disagrees with their position, and the 24/7 news cycle and social media, which allow anyone to say anything negative, and spew falsehoods with little, if any, consequences.

Where have the likes of Mike Mansfield gone? Longtime passing.