Cal Thomas  |  Dec 26, 2013
The opinions expressed by columnists are their own and do not necessarily represent the views of Townhall.com.
Top Columns
Trending on Townhall Media 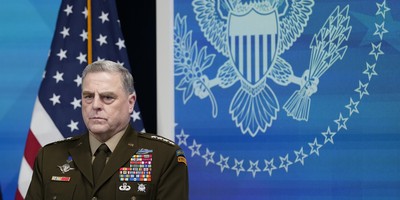 The outrage industry was in high dudgeon just before Christmas over remarks "Duck Dynasty" family patriarch, Phil Robertson, made to GQ magazine about homosexuality. Outrage is the primary ingredient for political fundraising and political power. One must always have an enemy.

Let's go down the "I Take Offense" checklist and make sure all the boxes were "ticked" before considering a larger point.

-- Liberal New York writer goes slumming among the hayseeds in Louisiana and deliberately creates a controversy by asking a Bible-loving Christian to define sin. Check.

-- Bible-reading Christian quotes from that book and is condemned by those who don't read or believe what it says, or have a different "interpretation" (same thing). Check.

-- The A&E Network, on which the highest-rated cable TV show is shown (up to 14 million viewers), quickly issues an apology and "full support" for the LGBT community. Check.

-- The right to free speech is defended amidst allegations that quoting the Bible promotes hate and violence against gays. Check.

-- Various high-profile Christians, among them former Alaska Governor Sarah Palin, former Arkansas Governor Mike Huckabee and Texas Republican Senator Ted Cruz, denounce the "double standard" when it comes to their beliefs and the tolerance, even promotion, of beliefs and practices anathema to them. Check.

-- Both sides send out fundraising appeals that ask for contributions to (pick one) fight the intolerance, hate and bigotry of the fundamentalists and their Republican allies (liberals), or keep America from sliding into the moral and cultural pit from anti-God Christian bashers (conservatives). Check. Check.

There. Now, does everyone feel better? Has everyone had their say? Has anything changed? It might, if the Robertson family carries through on its implied threat to "walk" from the show if Phil is not allowed to continue on "Duck Dynasty." I don't know what their contract allows, but if it permits them to leave, or if they are fired "for cause," they are likely to "walk" their hit show and its huge audience to another network.

Now to the larger point. Christians who read the Bible, as Phil Robertson does, should be aware of verses other than the ones that list people it says can't enter God's Kingdom apart from faith in Jesus, who changes behavior and forgives the past. That list, by the way, includes "all liars," which should put the fear of God into most politicians. (See Revelation 21:8)

Other passages say Christians should expect persecution, even hate, because Jesus said they would. "If the world hates you, keep in mind that it hated me first" (John 15:18) and "In the world you will have tribulation" (John 16:33).

Christians should not "demand" respect and "tolerance" for their beliefs when their Leader said to expect the opposite. Sure, they can point out hypocrisy (it is something in which they occasionally engage), but they should be known less for what they are against, than Who they are for.

Condemnation ought not to be the first words out of their mouths when it comes to the beliefs and lifestyles of others. Quite the opposite. Phil Robertson must be familiar with this verse: "For God did not send his Son into the world to condemn the world, but to save the world through him." (John 3:17)

Here's a New Year's prediction: "Duck Dynasty" will be back with Phil Robertson, either on A&E, or another network. When it returns, the ratings will be even higher and the profits larger. As Sy Robertson might put it, "and that's a fact, Jack."