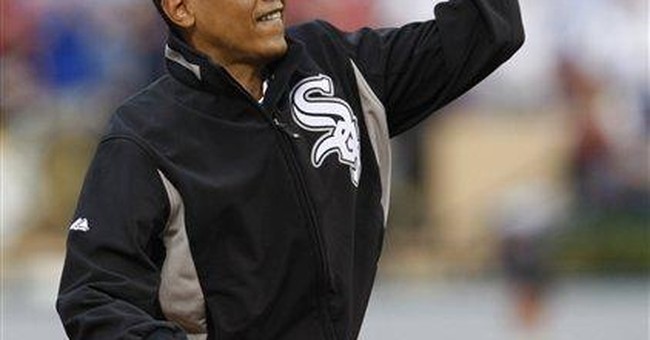 President Obama's nomination of Dr. Francis S. Collins to head the National Institutes of Health is an excellent choice, but it troubles some secularists who believe science should proceed unrestrained by any higher principles than what can be achieved in a laboratory.

The recent New York Times story announcing the president's selection of Dr. Collins ("who led the government's successful effort to sequence the human genome") reflects what would be considered bigotry or sexism if applied to someone because of his or her race or gender. Reporter Gardiner Harris writes that one of the objections to Dr. Collins (he names no objectors, which is the pattern of a smear) "is his very public embrace of religion. He wrote a book called 'The Language of God' and he has given many talks and interviews in which he described his conversion to Christianity as a 27-year-old medical student."

Ignored in the story is the long list of scientists who hold religious views similar to Dr. Collins. Do the secularists demand an oath of atheism before people are deemed respectable scientists? We have seen the results of non-faith carried to its extreme in the Nazi laboratory of Josef Mengele and other "scientists" unconstrained by a higher authority.

British scientists, part of a culture that is more secular than America's, recently announced the laboratory creation of human sperm. This must be welcome news to feminist Gloria Steinem, who once said a woman needs a man like a fish needs a bicycle. Do we want scientists who are mini-gods and think that whatever can be done, should be done?

Suppose Dr. Collins was a practicing Muslim, or Jew? Would the secularists raise similar objections? Not likely.

Dr. Collins sees no conflict between science and faith. In 2007, he said this at the National Prayer Breakfast in Washington: "...in the scientific community there is often an unwritten taboo about discussing one's spiritual leanings, so many assume that scientists are generally godless materialists. That's not actually true -- a recent survey found that 40 percent of working scientists believe in a God to whom one may pray in expectation of an answer. And that number has changed very little over the past century."

That appears to be a higher percentage than "godless" journalists who can't seem to find anyone who combines serious faith with an educated mind.

Like C.S. Lewis and many other great thinkers, Dr. Collins was a confirmed atheist until he opened his mind to the possibility of God and the evidence for a Creator who made what science can only study. He came to realize it took greater faith and a considerable amount of hubris to be an atheist and to reject any evidence that might contravene that view. He said science and faith are different ways of finding truth and that "they are not only compatible, but ... wondrously complimentary."

As leader of the Human Genome Project, Dr. Collins led a team of more than 2,000 scientists from six countries. "Together," he said, "we determined all three billion letters of the human genome, our own DNA instruction book, and made all those data freely available on the Internet every 24 hours. It is hard to get your mind around how much information this is. ... Suppose we decided to take a little time this morning to read the letters of the human genome together, just to express our awe at God's creation. If we took turns reading, and agreed to stick with it until we were all the way through, we would be here for 31 years! And you have all that information inside each of the 100 trillion cells of your body."

It takes a lot of faith (or denial) to believe random chance produced such order in the human body, much less order in the observable universe. Yet there are those who would seek truth only in what they can see. Truly, an incomplete mind is a terrible waste.