Putting Liberals on the Couch 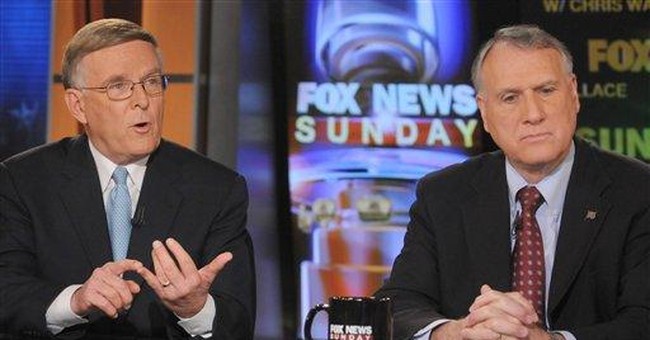 Being a conservative, I naturally spend an inordinate amount of time attempting to psychoanalyze left-wingers, trying to figure out what makes them tick. God knows I’m not bragging. It is, after all, time I could otherwise devote to alphabetizing my canned goods or trying to make contact with Harry Houdini, but I know from the large number of emails I receive that I’m not alone. The lunacy on the left is enough to turn a lot of us into little Sigmund Freuds.

For instance, why is it that lefties are so puzzled or pretend to be so puzzled that conservatives who are in favor of capital punishment are opposed to abortions -- particularly the 60,000 late-term abortions performed by the late unrepentant serial killer, George Tiller? Even a left-winger should be able to tell the difference between executing a cold-blooded murderer and sucking the brain out of an innocent little human being.

I’m wondering when the Mafia will officially ask for a government subsidy. Yes, I know it’s a criminal organization, but so is ACORN, which faces indictments for voter fraud in several states, and yet Obama and his Democratic cronies are funneling them millions of dollars.

Perhaps if liberals were merely wrong on all the issues, it would be easier to forgive them. But it’s their arrogance and self-righteous attitude that puts them beyond the pale. How often have we heard them claim that they’re being deprived of their right to free speech when what they’re actually complaining about isn’t censorship, but merely that a clear-thinking conservative has refuted some of their inane hogwash? Only liberals actually believe that if you disagree with them, you’re trampling on the 1st Amendment. For good measure, many of them -- including a number of pettifoggers in Congress -- are on an unholy mission to bring back the totalitarian device known as the Fairness Doctrine.

Speaking of fairness, I have come to see that Fox News is something like our own version of Radio Free Europe, getting the truth to those of us behind the Obama Curtain. What is ironic about the way that liberals carry on about TV Free America is that Fox has a large number of liberals on the payroll, including Greta Van Susteren, Bob Beckel, Geraldo Rivera, Alan Colmes, Chris Wallace, Juan Williams, Kirsten Powers and a few others, whereas CBS, NBC, ABC, CNN, MSNBC, the NY Times and the Washington Post, collectively, have only one non-liberal on salary and that’s John Stossel, who doesn’t even identify himself as a conservative, but as a libertarian.

A question nobody has ever answered to my satisfaction is how it’s possible that media people such as David Corn, Eleanor Clift and Ellis Henican, who do nothing but parrot the same insipid DNC talking points as Charles Rangel, Barbara Boxer and Patrick Leahy, are able to make a decent living without at least having to run for office and win an election.

I’m not an expert on body language, but my attention has been called to the fact that when he was on the phone with Israel’s Prime Minister Netanyahu, President Obama was photographed with his feet on the desk in the Oval Office, and when he took his photo op tour of Auschwitz with Elie Wiesel, he had his hands in his pockets. Yet in the august presence of King Abdullah, he bowed respectfully.

Finally, we were told that the world’s leaders were going to cooperate with Barack Hussein Obama in a way they never had with his predecessor. Well, so far, they’ve all refused his invitation to send troops to Afghanistan and, just in case he didn’t get the message, they’ve all refused to take 241 Muslim terrorists off his hands.

Now, we have Newsweek’s managing editor, Evan Thomas, grandson of the former grand Poo Bah of the Socialist Party, Norman Thomas, telling us with a straight face that Obama is greater than God. It appears, however, that the world’s leaders don’t even think he’s greater than George W. Bush.