If I Were Boss 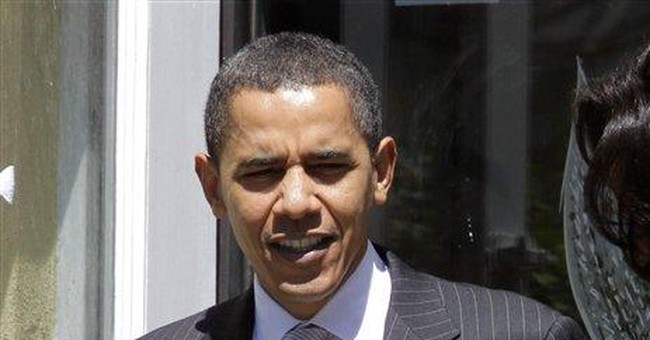 I have always contended that anybody who seeks the presidency is an egomaniac, every bit as certifiably crackers as those poor souls wandering around the grounds of the asylum insisting they’re Napoleon.

Still, I’m generally willing to cut people a reasonable amount of slack. But it’s quite another thing to pretend that a community organizer with just four years in the Senate, two of which he spent on the hustings, is qualified to be the leader of the free world. Even if I approved of his left-wing agenda, I’d find it impossible to make a case for him. Frankly, if it were up to me, I’d send this Napoleon wannabe to Elba.

I, on the other hand, a mature and seasoned individual who has never set foot in a law school, would make an ideal leader. However, I’m put off by politics. Rather than presidential material, I see myself in the role of a benevolent dictator.

For openers, I’d censor movies. It used to be great sport for smart people to ridicule the Hays Office and the Breen Office for keeping a jaundiced eye on Hollywood. But the plain fact is, movies were a lot better in the 1930s and 40s than they’ve been ever since. They have been particularly lousy these past couple of decades and, as a movie fan, I’d like to see what today’s writers and directors could turn out if they had to rely on their imaginations and on ours.

Next, I’d clean up baseball. First, I’d remove all the tainted statistics from the record book of every player guilty of having used performance-enhancing drugs. Next, I’d kick all 105 major leaguers who were found to be using them out of the game. Then, I’d boot Bud Selig out as Commissioner. By not policing baseball as he should have, he encouraged players to cheat. And for that, he was getting paid about $17 million a year. That’s a lot of moolah for some schmoe who can’t hit, run, throw or catch.

For many years, Kenesaw Mountain Landis was pictured as a bad guy because, as the first Commissioner of Major League Baseball, he had banished Shoeless Joe Jackson and seven of his Chicago White Sox teammates from the game. He took a great deal of abuse because Jackson played his heart out in the 1919 World Series and because the players had been found not guilty of taking bribes by an early version of the O.J. jury. But Landis said they had all sealed their fates when they went to gambler Arnold Rothstein’s hotel room to discuss terms for throwing the Series.

The Black Sox scandal, as it came to be known, could have destroyed the game if not for Landis’s integrity. As a sidebar, it should be noted that in spite of looking like a very austere undertaker, Landis was known as a very soft touch. Every down and out ex-major leaguer knew that Landis was always ready to reach for his wallet.

With no further need of a Supreme Court, we’d no longer have to sit through such spectacles as seeing the likes of Ted Kennedy, John Kerry and Arlen Specter, sitting in judgment of their betters, people such as Clarence Thomas and Charles Pickering.

People like Bob Beckel and James Carville, who have spent their lives sucking at the teat of the DNC, would have to find honest work, and I’d see to it that Bill Maher, Keith Olbermann, Chris Matthews and Al Franken, found employment as a barbershop quartet. After all, they’re already in perfect harmony, so let these bozos sing for their supper.

As for George Soros, a man who simultaneously manages to give Hungarians, Jews and money-changers, a bad name, he would go on trial for being a Nazi collaborator. To be fair, he was still a teenager at the time. But, like Bill Ayers, he is proudly unrepentant. As he explained to Steve Croft on “60 Minutes,” if he hadn’t helped the Nazis confiscate the belongings of his fellow Jews, someone else would have. And, no, he went on, he’s never been troubled by bad dreams or a guilty conscience when he watched his friends and neighbors being herded into boxcars.

Finally, if I were boss, we’d hear no more claptrap about the Fairness Doctrine. In case anyone is wondering why, after all these years, the Democrats have declared war on Rush Limbaugh, it’s not entirely their clumsy attempt to distract us from the crumbling economy and Obama’s heavy-handed attempt to turn us into the Soviet Union of America, it’s to help gain popular support for the more aptly named Censorship Bill.

After all, the other side only has the Oval Office, the House, the Senate, NBC, ABC, CBS, CNN, MSNBC, PBS, the New York Times, the L.A. Times, Newsweek, Time and the Washington Post, whereas the all-powerful conservatives have talk radio. As the liberals are so fond of saying, it’s just not fair.