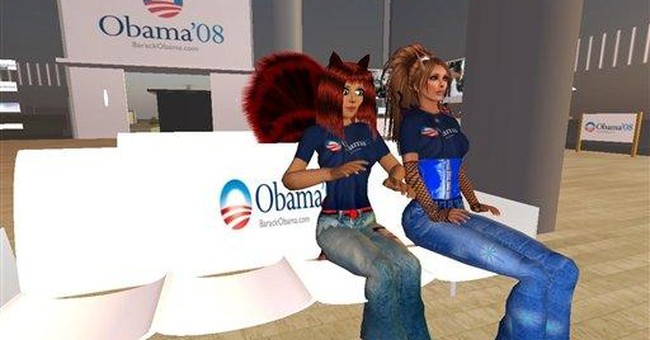 When it comes to books and movies, I am a big fan of mysteries. For one thing, I like the use of logic, perseverance and moral clarity, to come up with solutions. There is great comfort in knowing that even the cleverest, most evil, ne’er-do-well will eventually meet his match and get his comeuppance, thanks to the likes of Sherlock Holmes, Hercule Poirot, Inspector Wallander, Sam Spade, Lew Archer and Lincoln Rhyme.

In real life, however, I am not nearly so partial to mysteries. Too often, the crimes go unsolved and the perpetrators go unpunished. But not all mysteries involve jewel thefts and murders. For instance, I have long wondered why, if God only created woman after Adam complained he didn’t have a date for Saturday night, God included reproductive organs in His original design.

These days, I am perplexed in a similarly frustrating fashion by the rapture induced by Barack Obama. I know for a fact that not every single Democrat is an ignoramus, that not every last liberal has the emotional instability of a giddy teenage girl in the presence of a rock star, and that not all left-wingers actually believe that the junior senator is a messiah who will make the blind see and the lame dance a jig. For that matter, I’m certain they realize he will not bring the dead to life, although his disciples in ACORN will try to make sure they get to vote.

All that being said, why the heck do millions of Americans carry on the way they do? Why is it, to take an obvious example, that only Republicans make fun of Chris Matthews when he announces that Obama sends a tingle up his leg? That’s far more embarrassing than anything Sarah Palin has said. Plus, the man has a lisp, so he’s made to order to be ridiculed on Saturday Night Live, as are Bill Maher, Keith Olbermann, Al Franken, Rosie O’Donnell and Joe (Hair Plugs) Biden.

Why is it that people who should know better -- adults, I’m talking about, not the kids being indoctrinated on college campuses by tenured Communists and former terrorists -- are falling for Obama’s call for class warfare? Why are so many Americans so eager to accept that corporations are the enemy when corporations not only provide employment, but pay dividends to tens of millions of middle-class Americans either directly or through their pension funds? Why are the same folks who are waging war on corporate America so reluctant to utter even an unkind word about Islamic terrorism?

I realize that a lot of people get upset when CEOs get paid a ton of a money, particularly when it comes in the form of a golden parachute. But why don’t they get equally upset when a movie actor who’s generally a liberal gets paid $20 million to star in a movie that tanks? Do you think Sean Penn gave back the millions he received for “All the King’s Men” or that George Clooney tore up his check when “Leatherheads” went straight to video?

Liberals have even stooped to cheap scare tactics. They keep insisting that there will be riots in the streets if Obama loses the election. Well, as we all know, hooligans have rioted for all sorts of reasons. Sometimes, it’s because a hometown basketball team has lost a championship game, but sometimes it’s because the team has won. If I have to choose, I’d prefer a post-election riot of anger and frustration to one of joy and jubilation.

Perhaps the biggest mystery of all is why anyone would want more money and more power in the hands of the federal government, which is really the basis of Obama’s campaign.

Recently, a reader sent me an e-mail which read: “Back in 1990, the Government seized the Mustang Ranch brothel in Nevada because of tax evasion and, as required by law, tried to run it. They failed and it closed. Now we are trusting the economy of our country to a pack of nit-wits who couldn’t make money running a whore house and selling booze.”

Actually, it’s a joke. The IRS did in fact seize the joint following the conviction of the bordello’s manager and the parent company in a fraud and racketeering case, but they simply closed it down.

That’s the federal government for you. They won’t run a brothel for a profit, but they’ll gladly screw the American taxpayer just for the heck of it.