The Democrats’ Platform as of Today

Bruce Bialosky
|
Posted: Apr 21, 2019 12:01 AM
Share   Tweet
The opinions expressed by columnists are their own and do not necessarily represent the views of Townhall.com. 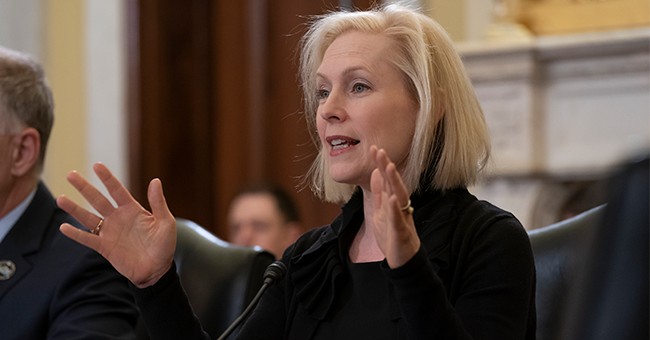 It has been a little over three months since the Democrats took control of the House of Representatives and the members of the party started declaring one-by-one-by-one that they want to replace Donald J. Trump as president. There has now been an adequate amount of time to look at what they propose as policies.

Not every candidate supports each one of these positions and/or they may support them in varying degrees, but it is fair to say that these policies are “mainstream” in their political thought. Not one Democrat has so far stood up and disavowed these positions as way beyond the pale. Also, there are other policies, but these are sucking up all the oxygen.

1. Adding Justices to the Supreme Court – The most popular politician of the modern era, Franklin D. Roosevelt -- the only man elected president more than twice and by wide margins with strong majorities in the House and the Senate -- tried this and failed. Yet for some unknown reason this group wants to replicate what was judged as FDR’s worst mistake – packing the Supreme Court.

2. Reparations – Slavery in America was abhorrent and tens of thousands gave their lives to overturn this in our Civil War. There were about 31 million people in America in 1865. About 9 million people lived in the Confederacy. It is estimated 32% or 2.9 million owned slaves. Yet, many of the candidates are talking about paying current-day blacks from the tax dollars of Americans today. And it is being spoken of more seriously as the campaign moves forward. The vast majority of Americans were not here nor were their ancestors in 1865. No one has stated how this will change the lives of recipients other than another handout nor are they being asked. This is just a bizarre idea that should never happen.

3. Electoral College – There is discussion about getting rid of this. Those who argue for this do not understand that we are a Republic and the Electoral College is an elemental aspect of what makes America, America. More importantly, this must be passed by two-thirds of the House and Senate and signed by the president and then passed by 38 states. Let me give a short answer as to why this will never happen -- NV, MO, ND, SD, ID, KS, AR, MS, AL, AZ, AK, ME, IA, NE, UT, LA, WY, NH, VA, RI, HI, NC, SC, KY, TN, CT, WV, IN and possibly more. A couple of these like Hawaii and Rhode Island might be willing to give control of the country to the ten largest states, but this will NEVER happen. End of discussion. The most populace eleven states have 50% of the electors today. The candidates will barely visit the other 39 states.

4. 70% tax rate – Those who are espousing this are plainly ignorant of the times when we had tax rates that high. NO ONE -- and that means No One -- paid these rates. Just ask anyone who was preparing tax returns before the 1986 tax act. That bipartisan bill got rid of any need for tax avoidance schemes allowing people to make investments based on the strength of the underlying investment and lowered the rates to encourage people to pay their taxes. This brought us unbridled growth only temporarily sidelined by a minor recession in 1991 for 15 years. Another royally ignorant suggestion by unknowledgeable people for the sole purpose of attacking success.

5. Free College – I recently wrote an entire column about this. As I said, if you think college is expensive now, wait until it is “free.”

6. Lowering the voting age to 16 -- This one is a sterling example of how misguided some people can be. While states are moving to make it tougher for people under 18 years old to drive or smoke or vape because they are thought to not be prepared, they all of a sudden are qualified to vote. This idea has to come from people who don’t have children.

7. Elizabeth Warren’s Wealth Tax – Though this is primarily proposed by Senator Warren, others are joining in because the idea of taking money from successful people and putting it in the hands of the government apparatchiks is the heart and soul of their existence. This one is clearly unconstitutional, not to mention bad public policy. If you work hard, save your money and properly invest it to help make businesses profitable and hire more Americans, then Warren wants your dough. How stupid can one idea be?

8. The Green New Deal – Already covered this in a recent column of mine. The only idea of serious note in my column is the development of nuclear energy. However, the same group that thinks the ideas in the Green New Deal make sense were the ones who argued against nuclear energy and stopped further development which would have already seriously limited the greenhouse gas they abhor. Yet most Democrats running for president refuse to say the proposal is ridiculous. Then again you may want a windmill attached to your house.

9. Late-Term Abortions - This issue exploded on the scene when the governor of Virginia appeared to endorse infanticide. The party of science (that is what the Dems believe they are) denies modern science when it comes to abortions and the viability of unborn babies in the third trimester. Yet the candidates and the party-elected officials think differently. That goes against what the rest of Americans and many pro-choice Americans think. (Column to follow).

10. Medicare for All – This is a doozy. There is no evidence of adequate medical care in countries that have adopted this policy -- dressed up as single-payer (government controlled) health care. In fact, we have evidence in our own country of single-payer being disastrous – the VA. Or let’s talk about government provided health care on Indian reservations. (Two columns to follow on this).

11. Open Borders - They don’t use that terminology, but they are doing nothing to stop illegal aliens from flowing into the country. They don’t support e-verify, visa control or border walls. They think flying drones at the border will stop illegals from coming across when they know once here the illegals are probably here forever even if they commit a crime. The Dems mouth being in favor of border controls, but do virtually nothing to support that. And the sanctuary city adoption plan is not working because they are already flush with homeless people.

12. Illegals Paying into Social Security - This is an argument made by Senator Gillibrand that illegals should be able to pay into our social security. She argues if you are an immigrant you should be able to do that. If you are here legally and working legally you already do pay into social security so she could only be referring to illegals. They currently pay in if they have stolen someone’s social security number. She could only be suggesting we make illegals legal by having them pay payroll taxes and receive more benefits going forward. No one else has jumped on this bandwagon, but no one argues against it. It fits in with their general attitudes toward illegals. Like always with this there is no differentiation between legal and illegal immigrants.

These are just 12 ideas the Democrats are working on to better our lives. This is only in their first three months with 18 months until our next presidential election. If you think this is coherent public policy, then I suggest you support the Democrats. If you think like I do that this could be the worst set of public policies in American history, then you should make sure these people are removed from public office next November and never have any power again.

You still have that choice … unless these people win.