Bruce Bialosky
|
Posted: May 20, 2018 12:01 AM
Share   Tweet
The opinions expressed by columnists are their own and do not necessarily represent the views of Townhall.com. 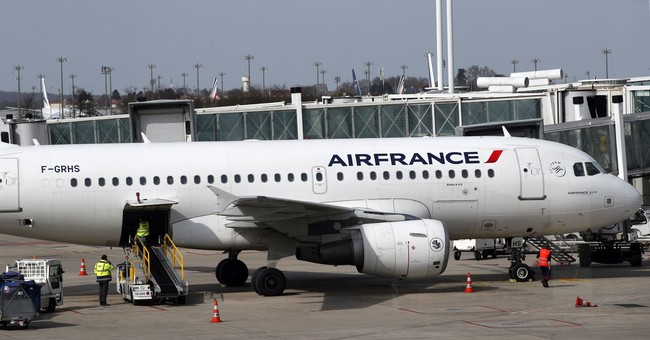 Traveling after tax season is a regular experience.  While it may be “regular,” it is nonetheless still a special experience. Today’s travel is so easy compared to even 20 years ago.  Except for the security issues, you can be halfway around the world, in a completely different culture, faster than you can blink.

There is a lot to observe about life while traveling.  How small the world has gotten.  There are people all over the world walking around aimlessly staring at their cell phones.  They are misnamed “smartphones” because they certainly do make people stupid. Watching people walk across streets without looking is not limited to the dunderheads of Southern California.  One is always left to imagine what great item of modern communication would cause someone to walk through a throng of people in a busy airport with their head down gazing at their stupid phone.

When I told a guy in front of me to stop holding up the security line while he focused on that bit of earth-shattering information emanating from his electrical device, of course he became another practitioner of our #1 pet peeve – the perpetrator becomes the victim.  Yes, it is a worldwide phenomenon.

It validates the excellent decision made by my wife and me to pack these phones away while we are gone.  No temptation to be constantly staring at them instead of engaging locals or just soaking up the surroundings.

Another characteristic that seems to be broadly adopted worldwide is the habit of people in the service business to automatically say NO.  Experienced travelers know there will always be hiccups along the way.  Last year, as we stood in the airport in Sri Lanka battling a previously-unknown issue of needing a visa to enter Australia (yes, Americans now need a visa to visit our Aussie cousins.) The very nice man from Sri Lankan Air who was doing his best told me we were not going to get on our flight to Perth.  Gazing at him, while in the middle of a large area amongst people hustling to their own travel destinations, I just smiled and firmly stated “Yes, we will.” And we did, with our luggage on board.

This year we landed at Charles De Gaulle in Paris from LA with a Finnair connection going to Helsinki, the initial destination of our vacation.  This is a gigantic airport and we had to find our gate and get there on time.  The problem was our flight was not listed on the departure board.  The French had not thought to show departures boards for other terminals; rather only departures in whatever terminal one happens to be.  This is exactly why the French Empire never happened and the British Empire did.  The French are not very good at organization.

After we finally extracted the proper information from our French hosts that we had to get to another terminal, we boarded the bus and arrived at the proper area.  We went to the counter to obtain our boarding passes which could not be issued in LA.  We were promptly told we could not get them because we were too late (40 minutes before departure).  I refrained from a lecture to the nice woman that we have an airline in America, Southwest, that lands its planes and loads the next passengers and takes off in 20 minutes.This could be done.

The beautiful wife immediately invoked my favorite phrase in the world, “Let me speak to your supervisor.”  The supervisor printed our boarding passes and contacted the gate; we were on our way.

We had to go through security one more time.  That makes three for just this airport.  We had sailed through the first two times.  I never set off the buzzer and the beautiful wife always does with her fake knees.

I got through as normal, but they pulled my wife’s meticulously packed carry-on for inspection.  The same bag that had not been gazed at in two prior security checks by our dear French friends.  I headed on to make sure they knew we were here and to secure that precious commodity – overhead bin space.  I was standing at the front of the plane jawing with the extremely nice Finnish Chief Purser making sure that my lifetime companion did not end up in separate countries from me.  The waiting went on and on and on.

The French in their inimitable way threw one staff person at these inspections. It was taking foreverrrrrrrrrrr, as he picked apart the bags as if travel today is a leisurely affair.  He finally got to my wife and started going through all those magical things women pack to maintain their womanhood.   The beautiful wife, being an expert traveler, knew what was legal and what was not, but that did not stop the Frenchy from flagging her mascara (they considered it a liquid).

She did make it on the plane despite the people at the gate not getting the message that my new Bestie and the pilot were not breaking up this marriage.

One observation amongst many in Helsinki.  We of my generation are often mystified by some of the styles to which the younger generations continue to cling.  The male earrings (seemingly disappearing), tattoos (unfortunately not disappearing) and expensive jeans with holes in them (the most mystifying of all).  They seem silly enough when I watch a young lady walk across the street in Beverly Hills wondering if she thought that was going to be a great look that day at work.  Then seeing the same style in Helsinki when it is 45 degrees Fahrenheit and we are clinging to each other to protect ourselves from the cold and the wind.   One must wonder are you that driven by fashion to freeze your knees?

The small world we live in.  On to the Baltics and our meeting with Putin in Moscow.  You know all Republicans going to Russia these days meet with Putin; right?