And When I Die 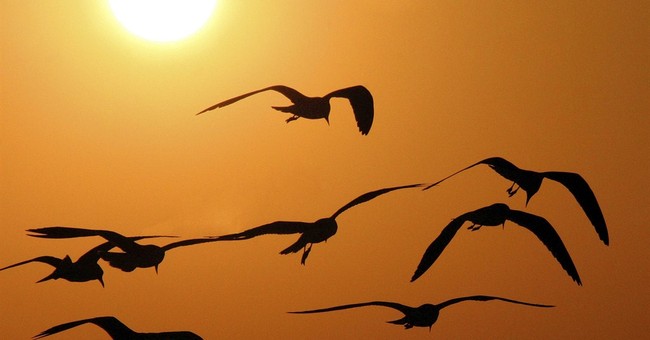 There is a subject that I don’t really think about and don’t really want to – dying. But I recently turned 60 years old and know that, not being 18 years old, dying is sooner for me than for someone that age. So I spent some time struggling with the issue.

Part of the reason I have not focused much on the subject of death is because of my religion. Sure I have had my losses -- grandparents, mother, father, brother and friends -- and as a Jew we honor our deceased loved ones with a prayer near the end of every religious service – The Kaddish. But I am thinking more about what happens to me. After all, I only know being alive in this world. Even though I am quite happy with my life and all the joys I have had, my question became: “Is this all there is?”

I spoke to a favorite Rabbi about the subject. He educated me as to why we as Jews don’t focus on an afterlife. He said many people believe that Judaism does not believe in the afterlife, but he stated they were not accurate. He said while some might believe otherwise, Judaism doesbelieve in the afterlife though the religion focuses on life on earth and what you do while you are here. That is where the emphasis has been placed.But the Talmud speaks of “The world to come.” In essence there is a hereafter and your soul returns to God.

But that is a belief and the problem is what do we really know? I first spoke to Betty Ferrell, the author of ten books, who has been doing palliative care (in short, taking care of very sick people) for 30 years. She stated she has spent time with about 1,000 different people at or near death. Ms. Ferrell spoke of how often those people were communicating with someone from the past who had died. She had witnessed hundreds of apparent communications with people in the afterlife.

Yet that has its limited value to skeptics and gave me only marginal comfort. There are countless books about near-death experiences and people coming back from beyond describing their personal connection with the hereafter, but one has grabbed people more than anyone else – written by Dr. Eben Alexander.

Dr. Alexander has been a noted neurosurgeon for over 25 years. He was truly a man of science and not much of a religiously observant person until he had his own near-death experience which he details in his book, Proof of Heaven.

Out of nowhere Alexander contracted a rare illness. He was in a coma for a week and his loving family was being advised by his medical team (as you can imagine he had the best care one could get) that it was time to pull the plug. The part of his brain that controls his thought and emotions was gone. Then out of the blue he awoke. Over an extended period of time his full memory returned and he became fully cognizant in all aspects and has returned to his prior life.

In his book Dr. Alexander vividly describes his near-death experience and his life in the world beyond. His retention of his cross over into the afterlife is quite detailed. But the more important part of the book is what this previously non-believer did after reawakening from his coma to confirm to himself that what he remembered was not just a dream or in some other form non-real. He did a complete medical analysis and consulted with multiple experts on brain activity.He concluded that his brain was completely shut down; and, therefore, he had to be in the afterlife.

I interviewed Dr. Alexander.When asked what has changed for him since his book was published, he told me he now participates in organized religion. The heart of the interview focused on the naysayers about his account since his experience has become well-known and his book a bestseller. He stated “Critics don’t seem to have read the book.” They apparently are not citing what medical evidence Alexander presents in the book. He revisited with me his scientific efforts to disprove that he had visited the afterlife and he still concludes he cannot disprove it.

Dr. Alexander described such a wonderful existence in the hereafter I had to ask him why he came back and whether he has thought about going back to the other side. He told me that he came back and remains here because of his family and particularly his young son (he has an older son becoming a doctor) who he feels still need him.

All this has led me to examine my own thinking about what will happen to me. I know that I am healthy and look forward to many years on this planet. I have had a wonderful life and remain confident I will have many years of that same wonderful life or even better. But back to where I started -- all I know is this world and it seems such a shame that I will only have another 15, 20, or 30 years to enjoy the beauty of being – to share time with my wonderful wife, children and friends, to read books or to listen to music, to go to a Broadway musical or see a baseball game.

I don’t know if there is an afterlife, but I sure hope there is and I hope it as wonderful as what was described by Dr. Alexander. I do know that I don’t plan on finding out for a long, long while. And when I do, Laura Nyro will be my guiding light:

And when I die, and when I'm gone,
There'll be one child born