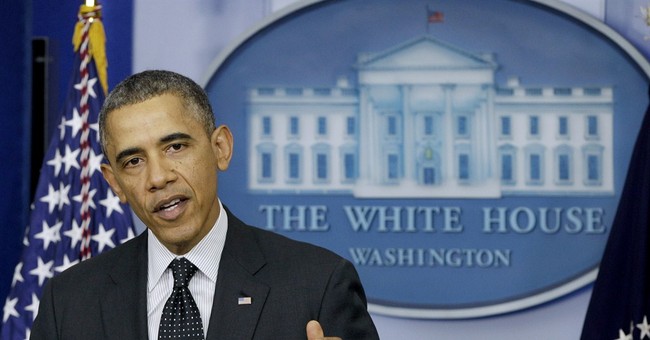 As a columnist I am supposed to dispassionately convey a viewpoint to educate my readers about the topic du jour. But I am hopping mad. Not at Obama or Queen Kathleen because I lost faith and confidence in those two long ago. After the escapades of the last week, my anger is totally focused on the leaders of the businesses who are in cahoots with Obamacare -- either through providing insurance or working on the website. Once again big business allowed their greed to cause them to be exposed to politicians defaming them.

After more than three years of working hand-in-hand with the people trying to nationalize health care in this country, health insurance companies have found out who is going to get the blame when things go wrong. Our President, trapped in a downward spiral that even his political allies could not tolerate any longer, called an audible. Finding that the country would not tolerate millions of Americans having their health insurance plans cancelled to accomplish Obama’s goal of a nationalized health industry, Obama offered a one-year reprieve so that Democrats in Congress would be able to continue on their sinking ship past election day -- November 4, 2014. With senators and congressmen seeing their future without their free health insurance, they forced Obama to care politically about someone other than himself. But the problem is Obama’s solution is nearly totally unworkable, and when it fails there will be someone to blame -- and it will not be politicians.

It goes even deeper than that. The insurance companies have known for a long time that they were going to be cancelling the policies of just about one in the individual insurance marketplace. If they were honest with their customers and they were not in cahoots with Obama and his cronies, they would have warned Americans about this looming disaster ages ago. They knew this before the election last year, but kept their mouths shut. The only rationale for such behavior is they saw that they were going to line their own pockets; i.e., greed.

In fact, they have been keeping their mouths shut about the coming Tsunami. While the President and his human mouthpiece (Jay Carney) minimize the pain of 16 million Americans as only “5% of Americans,” the truth is that almost every small business health care plan is going to be cancelled by the end of 2014. That is tens of millions of Americans. The only reason they have not been cancelled is the illegal reprieve given to business plans by the President. I know; I have a small business health insurance plan myself and I have been informed by multiple authorities that the cancellation notices are coming. The reason the insurance companies are not telling us the truth about that is – yes, you guessed it – greed.

If you are not sure I am correct, then take it from Karen Ignagni, President and CEO of AHIP (America’s Health Insurance Plans), which is the industry’s trade group. On their website they bill themselves as “one of the most effective trade associations in Washington D.C.” When appearing on Fox News Sunday, she was asked by host Chris Wallace a direct question: “When the President was going around the country promising ‘if you like your plan, you can keep your plan’, did you know that was not possible under the terms of Obamacare?” Her answer “Chris, I am not in the blame game biz,” and then she went on.

I am not against greed. I agree with Gordon Gekko from the movie Wall Street when he said “Greed is good.” But everything has its limits, and in this case the limit is counterbalanced by one of my favorite sayings “There is a responsibility level to being a Capitalist.” When Capitalists act irresponsibly, the Socialists in our country pounce with new laws and restrictions on our activities. There is always a bigger picture than just lining your own pockets. It may not be illegal what the Health Insurers are doing, but it certainly is immoral.

The health insurance companies should have seen this coming. They could have learned from recent episodes where politicians ran and hid after creating the conditions for the housing collapse. Or they could have seen the pounding that Jaime Dimon has taken from the government after they begged him and JP Morgan to take over failing companies during the 2008 financial crisis. The government is now extracting penalties from his company for the actions of the acquired companies in the period prior to acquisition. Get it straight – when you get in bed with leftist politicians they are always going to run for the hills when there is a problem, and it is guaranteed they are going to blame capitalist greed for their failed policies.

It is very interesting the difference in the attitude of small business and big business. Almost universally, small business people loathe government. They see governments as troublesome and invasive. Small business owners want the government as far away as possible. But big business is different. I am reminded of the conversation I had with a big businessman in September, 2010. He told me his cronies were leaning toward supporting Jerry Brown for Governor of California over Meg Whitman (former CEO of EBay, now CEO of HP) because Brown would be better for business (i.e. their business). We were in a social situation so I was unable to ask “Are you out of your mind?” No, they were just greedy.

The proposed change by President Obama cannot work; and, if it were able to work, it would only last until after his comrades in Congress miss the chopping block in 2014. When it does not work Obama, Queen Kathleen, the Undertaker and Ms. Nancy will blame the insurance companies, and we will be one step closer to socialized medicine.

Thus, Ms. Ignagni -- please ask your board: is being in bed with Obama on this worth it to you and the American people? I would suggest it is now time to come clean on what a mess the government has made of the health insurance situation and help to salvage a free America.