Do You Want A Nationalized Drug Industry? 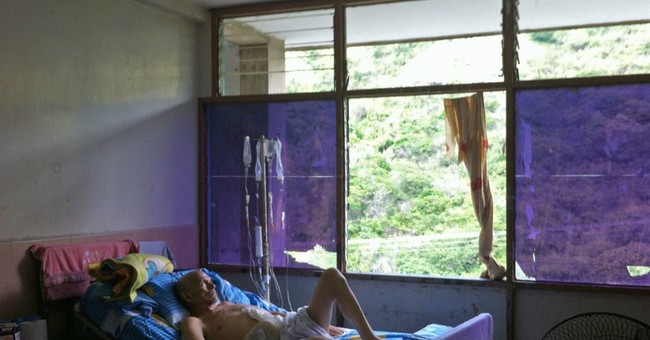 The push to nationalize industries during the Obama era marches on. Banks are under siege with JP Morgan Chase choking on regulation and penalties that extract existing profits for government coffers. Health insurance companies are dictated as to what they can charge and what their profit margins can be. And now the official onslaught against pharmaceutical companies has been launched by the mouthpiece of the left – The New York Times.

In what they billed as a special report sent out in an exclusive email the Times launched its frontal attack on drug companies using typical left-wing tactics. The title of the article is The Soaring Cost of a Simple Breath. The article is accompanied by a picture of a small child (victim of asthma attacks) sucking on an inhaler. The nine-page column focuses largely on the estimated 40 million Americans who suffer from asthma. The Times states that the condition is largely controllable by medication, but only those with “top-notch insurance or plenty of disposable income” can afford to fend off the effects of the asthma.

Though the focus is on asthma the article does a fairly thorough dissertation on the drug industry, the costs of drugs, generic drugs, patents and price controls in other countries. The only defense that the Times provides for drug pricing is the extensive costs of approval by the Food and Drug Administration (FDA).

Here are some of the points that are missing from the analysis or perspectives that counterbalance the article:

1. I know first-hand the pain inflicted by asthma and the related disease – bronchitis. My mother suffered from it and while I was growing up there was very few remedies. The Times cites one drug used – Albuterol – as being one of the oldest. That came on the market in 1974 when my mother was 50 years old. My mother looked at these drugs as a miracle. The tone of the article speaks of the fact that these drugs are really a right – not a privilege. There is never a tone of thankfulness for the genius of the developers of the medications or their rights to be compensated for their miraculous discoveries.

2. I don’t suffer from asthma, but I have a thyroid condition and genetically high blood pressure. But with the grace of medications my thyroid functions normally and my recent blood pressure test was 114 over 62. I have often told people I would never have made it to 60 years old if not for the drug companies. With their genius I will live to be 90 years old hopefully. The Times thinks of them as exploiters – I think of them as life savers.

Let’s be accurate we are paying more for the medications we use, but they have the wrong culprits. Where the Times dismisses the fact that development costs are extensive for medications they don’t face the reality. Someone has to pay for these costs or the drugs we have will never come to fruition. Unfortunately, because of falsely limited pricing by other governments the burden of the development of these drugs falls on the shoulders of Americans. Because the writers at the Times haven’t the faintest clue how markets work they blame our government for not creating price controls versus the harm done by the other countries’ controls. They need only to go back 40 years and study the effects of price controls during the Nixon Administration. Just like we are paying for the defense of our allies, we are underwriting their medications.

4. While the Times bemoans the cost of prescription medication they don’t once mention the $2. 3 billion dollar annual tax established by Obamacare on prescription medications that further exacerbates the problem. The reason the tax was created is because it is a hidden tax much like other taxes on insurance policies and medical devices. These taxes will just escalate the cost of the drugs that the Times pleads are so necessary.

The Times certainly has the right to make its own case. The case they make is that the drugs created by peoples’ brilliance with funding by others does not warrant those people earning a profit because there are people who need those drugs and those people have a “right” to have them. They want to confiscate people’s rewards for their efforts and investment.

If you told the people at the Times that your basis of life resides in the First Amendment of the U.S. Constitution and that to live without the basic rights of the First Amendment your life would be a shell. That based on that you have a right to a “Free” press and that means their publication. They would laugh at you. But as always the left is excellent at dictating the rights of OPM (other people’s money.)

The Narrative Is Changing Again on Gas Prices
Townhall
What fresh Snell is this? Purported lawyer gets dragged by Twitter for claiming Maggie Haberman likely committed misprision of felony
Twitchy
Brian Kemp Goes for the Jugular as Stacey Abrams' Campaign Continues Its Freefall
Redstate
Why the Democrats Must Be Punished
PJ Media