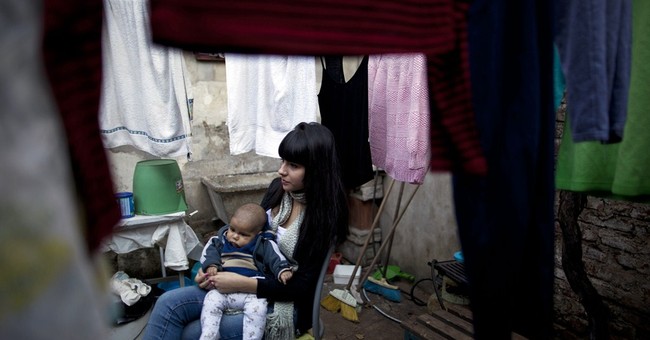 The Personal Responsibility and Work Opportunity Reconciliation Act of 1996 (welfare reform) was a monumental event for the American government. At the signing of the bill on August 23, 1996, then President Clinton stated "Today, we are ending welfare as we know it." His signing of the bill helped to seal his reelection. But what is the reality 17 years later?

The CATO Institute’s Michael Tanner was one of the leading thinkers behind the act in 1996. When I stated that to him he downplayed his own role, he replied that “We have to thank Robert Rector of Heritage Foundation and Charles Murray.” In 1995, Tanner co-authored a groundbreaking study entitled The Work vs. Welfare Trade-off. The research found in that study helped lead to the 1996 Act which Tanner declared “was a huge step forward.”

The welfare reform dealt with only four welfare programs. The two main ones were Aid to Families with Dependent Children (AFDC) and Food Stamps. In the ensuing period those two programs have been renamed in the governments’ desire to be more sensitive. AFDC has become TANF (Temporary Assistance for Needy Families) and Food Stamps is now SNAP (Supplemental Nutrition Assistance Program).

Tanner stated that was a large problem with the bill. It did not address enough of the “welfare state” to make effective changes. There are currently 126 federal anti-poverty programs. 72 of those programs are either cash assistance or in-kind programs. They operate through nine different cabinet departments and four independent agencies. One would think with all these poverty programs the poverty rate would go down. Though the poverty rate has fluctuated a couple percent, it is currently at 15% which it has been for two years running.

Tanner outlined for me the criteria he used for the current study which he states were the same criteria used in 1995 to assure the studies were comparative. The model is based on a single mother with two children. In the model, in addition to TANF they receive benefits from the following programs: Food Stamps, Medicaid, WIC (Women, Infants and Children – food assistance), Utility Assistance, Public Housing (Section 8) and the Free Commodities Program (Cheese and Milk).

The results are clear: you should move to Hawaii. Based on the facts delineated above, a family would receive $49,175 in tax free benefits. Figuring a combined federal, state and social security tax rate of 28%, the amount of tax free benefits is equivalent to $68,298 of earnings. Since the vast majority of Americans do not earn nearly that much, the welfare participants are much better off than the average hardworking American with two children. There are 19 states in which you would receive over $30,000 of benefits from these programs. Even if you reduce the projected combined tax rate to 25% percent, the welfare recipient would be getting what would be equal to $40,000 in wages. That is with taking advantage of only seven of the 126 federal anti-poverty programs.

Tanner discussed what he found had changed since the last report. One of the things he pointed out was that in constant 2013 dollars that 33 of 51 states (including D.C.) had increased benefits since 1995. That means that since the new law, with just the seven programs included, it has become more beneficial -- not worse -- to be on welfare. Tanner cited that one of the hallmarks of the 1996 bill was the work requirement. He said “We were very surprised to see how the work participation has not been enforced.” Only 16 states had a work participation rate of over 50%. When asked if there was a correlation between red states and lower welfare and higher work enforcement, Tanner said “That is quite clear.” Only three of the sixteen states with over 50% work participation are blue states. Of the 18 states that decreased their benefits since 1995, only three could be considered blue states. Tanner pointed to Illinois as a particular anomaly as it was in both groups.

Tanner made clear that he thought there had been little real change since the law was enacted. He felt there are two principle reasons: 1) the law revised only four of the 126 federal programs; and 2) the federal government is not enforcing the work requirement. Once again Michael Tanner needs to be applauded for his detailed and sophisticated analysis of the reality of where the welfare state stands today. He said there has been much greater media focus on this year’s study than the one back in 1995. The question is, with all the animosity in Congress and a President who likes handing out OPM (other people’s money), whether it will have any effect.