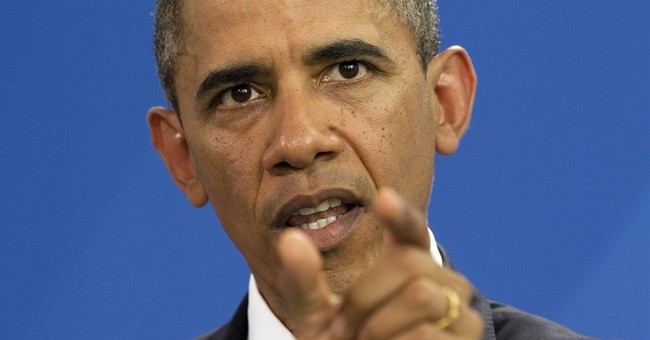 When Barack Obama won reelection I was a little down. Oh, of course you could assume the obvious reason was because of four more years of a totally unqualified leftist running our country. But I did not want to spend four more years just writing columns bashing the indefensible. It would seem so mundane. Plus focusing on the negative creates such a pall over one’s thinking. Then our President provided an embarrassment of riches that could make any columnist happy.

The press focuses on the number three when naming scandals, but there are really four (and we are sure you could point to others like Lady Sebelius strong arming insurers to make illegal contributions of Lady Jackson from EPA using phantom email accounts). Let us not forget Fast and Furious. Remember that little episode where our government sold guns to Mexican drug cartels and an American border patrol agent was murdered with one of the illicit arms. As meaningful as this one is, it is not my favorite – if there can be a “favorite” when speaking about such a tragedy.

Then there is Benghazi. Such a goldmine of riches this scandal continues to produce. The cover up by the Administration, coupled with the lack of availability of the survivors for questioning and the fact that the FBI has done nothing to “bring the perpetrators to justice” nine months later, remains a treasure trove of investigations that might at some point boil over and burn the Administration. Hopefully, the stupid comment by Hillary Clinton (“What difference does it make?”) will come back to bite her all over her body. All that said this is not my favorite scandal.

Being a CPA, one could project the IRS targets as my favorite, but yet it is not. It has so many layers it makes on onion look like an orange. Revelations come out daily, like the huge expense for conferences that seems more like parties with silly videos and inept line dancing. The fact that there are 201 full-time employees who the government pays for (that means you and me) whose sole job is to work on union business for IRS employees just boggles the mind. The fact that someone at the IRS handed out taxpayer information from a nonprofit to a private party should scare any taxpayer. You can be sure there will be zillions more disclosures of how out of control our tax collection agency has become, signifying how out of control our government has become.

But all that being said, the DOJ/AP/Rosen scandal tops them all. First, because this directly affronts the First Amendment to our Constitution takes it to the head of the class. It is the First Amendment for a reason. Next because this Administration, which has had a virtual butt-kissing press and they were treated like dirt, puts this one in the category of most entertaining. The fact that our Attorney General lied to Congress about involvement with the James Rosen (FOX News) incident and then strong-armed a judge to sign a warrant calling a nationally known reporter a flight risk just startles any thinking person.

The fact that really makes this so rich is how many people from opposite sides of the political spectrum have united on this scandal and sang the praises of people they would never have dreamed of previously complimenting.

A perfect example is Bill Keller, former executive editor of the New York Times and now a columnist. Mr. Keller starts his column by praising Ted Poe, a Republican Congressman from Texas – New York Times/Texas? If you look at Poe’s positions, you would see that Keller could not be more diametrically opposed to him, yet Keller compliments him regarding this issue. Later in the column while commenting on the direct hit on Fox News (Rosen) he actually praises the network. He states “The Fox anchor Megyn Kelly sounds like Daniel Ellsberg these days.” Wow, Keller must be taking medication to calm his nerves before writing that.

The only thing that could unite such diverse minds is when you have a government out of control. Part of this comes from the continued growth of government that preceded this Administration. Part of it comes from the explosion of the government during Obama years. And then there is the sheer arrogance of Obama and his team of Chicago thugs currently running the country. Then there are the revelations of the NSA peeking into our lives and accumulating information on us and we are told to trust them. If they can get a warrant charging James Rosen as an aider, abettor and/or a co-conspirator plus a flight risk, what can they do to your neighbor that works at the local real estate company? If the IRS discloses information from one nonprofit to another nonprofit ignoring all disclosure rules, should we trust the NSA will not abuse the information they are collecting?

To put it in perspective I asked for the thoughts of Harvey Silverglate, the author of Three Felonies a Day, a book defining how grossly outsized our government has become and how the average person breaks three federal laws at the felony level just walking out their door each day. Silverglate stated “Very dangerous precedents are being established for treatment of investigative reporters.”

Clearly, the attack on the press and the attempt to suppress them takes the award as the best of the best. When I am feeling sad, I simply remember my favorite scandals and then I don't feel so bad. Thank you Mr. President.