A Little Bit of...No a Whole Lotta of Seoul 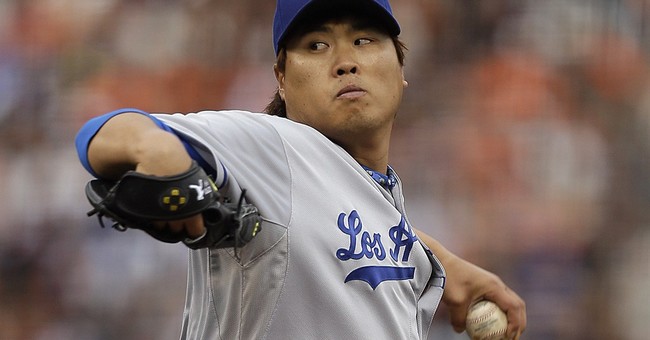 As you as you get off the airplane you can smell it. It is in the air. It surrounds you. It is freedom. That is what we felt landing in Seoul after five days in Beijing. Our goal was to find out what Korea was all about.

As our trip grew closer, many friends and family commented on the fact we were going to South Korea as part of the trip. They were all anxious because Kim Un Flung Dung was acting like a juvenile delinquent and threatening both South Koreans and Americans alike. We were not deterred. Our close friends Shawn and Michelle Steel had encouraged us to go. Michelle is the highest elected official in the U.S. of Korean descent and Shawn is a member of the Republican National Committee from California. They gave us some suggestions and we went on our way.

The contrast between the Chinese and the Koreans could not have been more pronounced. Korea is a sophisticated modern society. Wherever we went we felt as comfortable as if we were in America. The people are gracious, charming, polite, modern and educated. We found out currently 80% of the young adults attend college. This is a society that knows Americans and likes Americans and American culture. All the Americans we encountered while there expressed their great feelings for Korea and how much they enjoyed the country.

That manifested in the most demonstrable way--by attending a baseball game. These people are baseball crazy. It truly is their national pastime. There have been fourteen Koreans who have played in Major League Baseball, with Shin-Soo Choo currently playing for Cincinnati and Hyun-Jin Ryu in his first season as a starting pitcher for the Los Angeles Dodgers. The Koreans currently have nine teams in their league which plays a 128 game season. The league would be equivalent to a triple A league in America. The stadiums range in size from about 10,000 seats to the one we went to in Seoul which seats 27,500.

We arrived at the stadium, adjacent to the Olympic Stadium used for the 1988 games. We had a confirmation, but we had to go to Will Call to get our tickets. But how do you say “Will Call” in Korean and is that what they call it? No problem, as we roamed around the exterior of the stadium where endless vendors (mostly older women sold various different foods and beer --including some questionable dried fish), and we found a young Korean man who spoke very good English. He walked us to where we picked up our tickets, helped us obtain them and then made sure we knew where to go to our seats. No problem…we spoke baseball and this is Korea where they are unfailingly nice. As we walked in I got a smoothie from Smoothie King, right next to the KFC and Burger King.

We were seeing the LG Twins (all teams are sponsored by major corporations) versus the Lotte Giants. Being from Los Angeles we could not root for the Giants so we instantly became Twin fans. We tried to teach the Koreans that we call them the Twinkies in America. Unfortunately, our seats were with the Giant fans, but no worry -- we were in Korea and we spoke Baseball.

We had an inkling of what we were in for because we had attended a baseball game in Tokyo. Let me say these people are nuts – in a good way. It is not like any baseball game you will ever attend in America and I can speak with authority having attended games in 49 parks where MLB has been played.

There are platforms on each side of the field where each team has a whistle-blowing head cheerleader (male) constantly in action, a couple bass drummers and four scantily-clad females leading the cheers. From the first inning on when the team is at bat they are doing a series of cheers that everyone knows and participates in. The cheering goes back and forth between sides. It is impossible not to have a blast. The fans are having so much fun that you would have to be dead not to be caught up in their joy. No pretention here. People come from work in suits and change into their team’s gear and chant like maniacs. At one point in the Giants section they passed out plastic bags. We thought the bags were for trash. We soon found out that what they did was blow up the bags and put them on their heads with the handles wrapped around their ears. The sight of thousands of Giant fans with these bags on their heads brought us to tears with laughter. But they were having a gay old time.

As Americans we could just sit there watching them eating pizza and KFC and Korean delights, smiling, laughing and having the most joyous time. What we thought was that we gave this to them. They are having this much fun because of Americans. And what have we asked from them in return? Nothing. Just be our friends and live in peace.

We visited the DMZ. We saw the other side where the current North Korean nut case was starving and depriving his people. We saw some of our Boys stationed in Korea and thanked them and hugged them. One was a Filipino-born American who became a lifer in the Air Force. He had served in Iraq and Afghanistan. We gave him extra love.

As much as we enjoyed that, the wonderful Korean people, their great Capital and every other aspect of Korea, we will always treasure the night we went to a Korean baseball game. It was a spiritual experience.