The Feds and California in Mortal Combat

Bruce Bialosky  |  Feb 14, 2011
The opinions expressed by columnists are their own and do not necessarily represent the views of Townhall.com.
Top Columns
Trending on Townhall Media 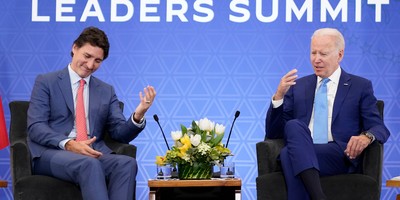 Former Republican Ray LaHood, now Obama’s Secretary of Transportation, recently announced that he wants to outlaw cell phones and navigation systems in cars. He maintains that even hands-free cell phones (Bluetooth) are too much of a distraction. Apparently, he believes that reading a map is safer than a navigation system. These 19th-century proposals – along with some other doozies he has up his sleeve – have created a major dispute between the federal government and the State of California.

You may have heard that California has a minor budget imbalance -- about $25.4 billion dollars. Without the ability to freely raise taxes, the new Democrat Governor and his big-spending allies have focused on traffic fines as the primary means to correct this revenue shortfall. They have escalated the penalties for every conceivable driving infraction into the stratosphere. For example, if you forget to notify the Department of Motor Vehicles (DMV) within ten days of your address change, it will now cost you $214. A jaywalking ticket will set you back $191. Not using your seat belt now lightens your wallet by $148. And if you commit the ultimate of infractions – parking in a disabled zone for a second time – you’re looking at forking over $1,876.

The point of contention between Washington and Sacramento starts with the practice of using a hands-on wireless phone in your car. California now charges $148 for the first offense, and $256 for every one thereafter. Sending - or even just reading – a text message now puts you on the hook for $148. The legislative analyst, who estimates the effects of budget changes, predicts that these cell phone-related penalties could bring in over $3 billion in the first year. And if the police strategically station themselves outside restaurants where Hollywood agents have their lunches, they might even haul in another billion!

This is why the spendthrifts of California’s legislature are so upset. They want to stifle LaHood before he steps on their new revenue stream. Governor Brown actually called President Obama and pleaded with him to muzzle LaHood and his cockamamie idea of eliminating cell phones in cars. Obama replied by letting him know of Washington’s additional plans to control in-vehicle activities, and that’s when matters spun totally out of control.

Apparently, the Transportation Department has plans on the books to outlaw several other activities that people frequently do in their cars. On the list is drinking coffee, eating donuts, consuming hamburgers, and applying makeup. Sure, the Obama Administration has once again been rattling on about eliminating pointless regulations, but, as usual, the regulators themselves don’t seem to have gotten the message.

California’s officials were reportedly beside themselves when they heard about Washington’s intentions. In fact, they had already drafted ambitious plans to jack up fines, capture more revenue, and hopefully bring the budget catastrophe to an end. Rumor has it that an Assemblyman from San Francisco was about to introduce a bill establishing $256 fines for consuming coffee, burgers, or donuts while behind the wheel. We’ve also heard that the bill assesses a $492 penalty for applying makeup while driving. When asked why they’re charging more for putting on makeup than for eating or drinking, authorities replied that not only does this distract drivers, but that misapplied mascara and smeared lipstick are crimes against humanity and warrant a higher penalty. When asked whether this statement could be interpreted as sexist, a NOW spokeswoman said “Not this time, but we’ll complain if they do it again.”

California authorities had apparently laid out an extensive, two-pronged plan to capture this much-needed revenue. The first part focused on morning drive time, during which officers were to be positioned in two areas: near business centers to nab the makeup criminals and next to Krispy Kreme drive-thrus to corral people stuffing down those warm glazed ones. (There was apparently a very high demand from CHP officers for this assignment.) The second part was to surreptitiously station law enforcement personnel just outside McDonald’s and Burger King drive-thrus. Analysts concluded that if enough policemen were positioned in the right places, they could possibly ticket enough burger-consuming drivers to create a budget surplus. These plans created an internal rift within the Obama Administration as The First Lady endorsed the California plan as part of her war on obesity.

When asked why the Transportation Department is pressing these issues at a time when traffic deaths are the lowest they have been in 57 years (and incidentally, the lowest in history at 1.16 fatalities per 100 million miles driven), Secretary LaHood simply replied “Because this is what we do.” California officials are desperately lobbying to stop them from their natural inclinations. As one Democrat succinctly asked, “How else are we going to get enough money to continue paying our inflated salaries and benefits?” Californians breathlessly await the outcome of this battle of big-government narcissism.