The Destruction of an American Icon 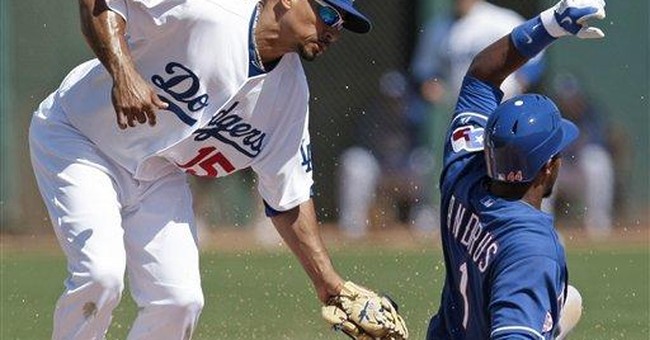 Those of you who went to high school in the United States before the educational system was destroyed may remember the term “carpetbaggers.” They were the Northerners who went south after the civil war and helped prolong the agony of the South while the rest of the country was attempting to heal. The term has stuck in our lexicon and retained a very derogatory meaning. It is now applicable to the owners of the Los Angeles Dodgers, who are on course to destroy one of America’s most iconic sports franchises.

As winter turns to spring, the Boys of Summer return to the field to play the American Pastime. In Los Angeles, the Dodgers will be returning to the field amidst a self-destructive phase which began with the sale of the Boston Red Sox and was imposed in a backroom deal made by baseball Commissioner Bud Selig.

In 2002, the Yawkey Family Trust, long-time owners of the Red Sox, put the team up for sale. Bud Selig, a former used car salesman, pulled the rug out from under the bid by a parking lot owner, Frank McCourt, and made a deal to sell the team to John Henry, who had just sold the Florida Marlins. Selig engineered these high-stakes maneuvers in an attempt to appease Jeffrey Loria, whose Montreal Expos were taken over by the league and moved to Washington D.C., a city that had twice failed to support Major League Baseball teams and had lost those teams to Minnesota and Texas. It was a game of musical chairs and McCourt was left without one. In the true modern American tradition, he threatened to sue and Selig therefore promised him the next available franchise.

Meanwhile, in Los Angeles, a small town out west, the O’Malley family had sold their interest in the Dodgers to Fox, the entertainment arm of Rupert Murdoch’s News Corp. The Dodgers are a golden franchise, having been extremely successful since moving to Los Angeles in 1958. The O’Malley family was beloved by fans and city leaders alike. When Fox decided to sell, there were several wealthy, civic-minded multi-millionaires who would have loved to own the Dodgers. Alas, that was not to be because of the Faustian deal made by Bud Selig and foisted upon the people of Los Angeles.

Frank and Jamie McCourt, a couple of scalawags, came to the “Big City” thinking they were going to ride on the backs of the Dodgers to their personal stardom amongst the glitterati. We’ve seen others do this before, only to end up going home with their tails between their legs. The McCourt’s started hobnobbing with the stars and using the Dodgers to edge their way into the inner sanctums of Hollywood and local politics. They did not buy one very expensive home here – they bought four very expensive homes here (totaling approximately $70 million). This was despite the fact that Frank McCourt, commonly referred to as the “Parking Lot Attendant” (PLA), had to borrow money from Fox to buy the Dodgers and was rumored to be very short on cash.

The “Dream Couple” turned out to have cheating hearts, and now they’re in the middle of an epic battle to divide their interests. The divorce has stooped to the lowest standards -- even in a town that has seen cases going all the way back to Fatty Arbuckle through recent times with O.J., Robert Blake and Phil Spector. Recently, it was announced that it will cost $19 million in legal expenses to settle their marital affairs – including who owns the Dodgers. While both McCourt’s have stated that they have not been plundering the franchise, we can all guess the source of those fees.

This messy divorce has brought out some ominous facts about the condition of the Dodgers. Yes, they made it to the 2009 National League Championship Series, but that has to do with players put in place years ago. From all accounts, money for player development has dried up, and their minor league system (that had for decades been a jewel) has now become a disaster. In addition, the amount of money spent for quality free agents is rapidly dwindling. A team that is in the second biggest market in the United States and draws either the largest or second-largest number of fans every season will be spending less than the Minnesota Twins for their major league roster this year. So where is all this money going?

The truth is coming out as part of the divorce. Jamie, the former President of the Dodgers (with no prior baseball experience) who was drawing a $2 million annual salary, is demanding $988,845 in monthly support. Two of their sons (there are four in total), one of whom works for Goldman Sachs and the other is in grad school, are each drawing $300,000 salaries. The PLA has plans for development deals with the Chinese and to double ticket prices – yet they intend to slice the funds spent on players and their development in half.

Why should you care about this if you are in Des Moines or Milwaukee? The Dodgers are one of the four premier franchises in Major League Baseball. This is the team that integrated sports and made baseball a truly national sport. This destructive path of the McCourt’s will not only harm the Dodgers, but all of baseball. Just the fact that they are owners tarnishes the good name of the sport.

The McCourt’s have become pariahs in Los Angeles, and the team will suffer the consequences soon. The Dodgers have gone from having the classiest owners in baseball to having the most tawdry, and most serious baseball fans would love the opportunity to dump the PLA and his cheating wife into the La Brea tar pits and forget about them forever..

For the good of the game, Bud Selig needs to step in and order the sale of the team immediately. He has the right to do this in the best interest of baseball. There are plenty of local folk who would be delighted to own the franchise and return it to its proper place among the elite operations in professional sports. Then we can send these carpetbaggers back to the hole from which they came.