2010 Race of the Day: Taking Out Big Government Liberals in Virginia 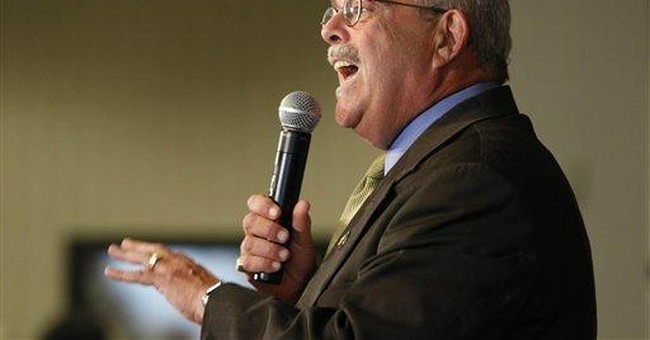 Virginia’s Eleventh Congressional District has dramatically changed over the last few decades. Just outside Washington, D.C., this district has quickly become a fast-growing hub of high-tech, defense and federal government contracting jobs and is one of the most affluent and well-educated districts in the country. Riding the Democratic wave of 2008, Gerry Connolly was elected by a double-digit margin to his freshman term – though he underperformed Obama. However, he quickly forgot who elected him and has instead sided with his big-spending liberal leadership every step of the way. Republican nominee and NRCC Young Gun Keith Fimian is seeking to provide Northern Virginians with independent leadership, and to stand strong for their fiscally conservative values.

Virginia’s 11th District includes much of Fairfax and Prince William Counties. It encompasses the Capitol Beltway, which links the suburbs of Vienna, Annandale, West Springfield, Mount Vernon, Burke and Dale City to Washington, D.C. and economically-booming Tyson’s Corner. It’s a swing-voting area rated as PVI D+2 by the Cook Political Report, but Gov. Bob McDonnell carried it by ten points in the 2009 elections, suggesting the pendulum is swinging back toward Republicans.  Instead of recognizing his constituents’ diverse interests, Gerry Connolly has voted with Speaker Nancy Pelosi nearly 97% of the time. Regardless of how the people of VA-11 feel, Speaker Pelosi has deemed Connolly’s survival so important to her liberal agenda, she ensured the DCCC made room for him as they moved to reserve millions of dollars in air time for elections this fall.

Connolly slipped through the cracks in a favorable political climate last cycle, but now he has a record to stand on, and it’s not pretty. He voted to waste nearly $1 trillion in taxpayer money on the failed stimulus package, heavily tax already struggling families with Cap & Trade legislation, and ram government-run healthcare through Congress. Connolly was further embarrassed after getting busted sending out mailings claiming he did not vote for the Wall Street bailout all the while knowing he did not take office until January 2009 and, in fact, supported TARP during the campaign.

After a tough 2008 loss in the anti-Republican political environment, Keith Fimian is ready to defeat Connolly in this year’s rematch. As Chairman and Founder of U.S. Inspect, headquartered in Virginia’s 11th District, Keith is the small business leader the district needs to grow the economy. Despite starting as the underdog in this year’s primary, he won a convincing nomination against a well-known elected official and has already proven he’s battle-tested and ready to win. In Washington, Keith will serve the people of the district and put a stop to the out-of-control spending in Congress.

To find out more about Keith and his goals for Virginia’s Eleventh District, I encourage you to visit his website. To stay up-to-date and help him succeed in November, please follow him on Twitter and become a fan on Facebook.