The Unconstitutionality of a Senate Impeachment Trial of Donald J. Trump Post-Presidency

Brian Darling
|
Posted: Jan 15, 2021 1:00 PM
Share   Tweet
The opinions expressed by columnists are their own and do not necessarily represent the views of Townhall.com. 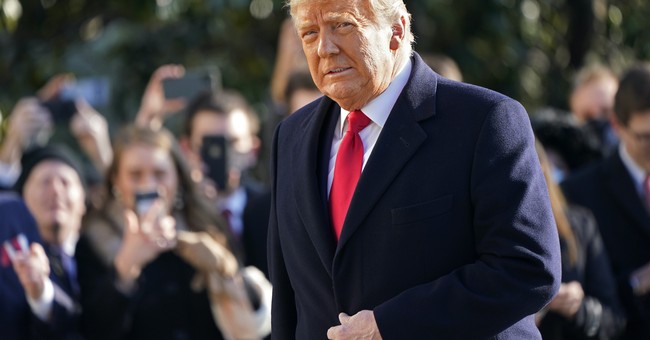 The argument against trying Donald J. Trump in the Senate is short and simple. The Constitution forbids an impeachment trial of a private citizen by the U.S. Senate.

Our Founders did not permit ‘former presidents’ to be subject to impeachment trials. Article II, Section 4 of the Constitution states: “The President, Vice President and all civil Officers of the United States, shall be removed from Office on Impeachment for, and Conviction of, Treason, Bribery, or other high Crimes and Misdemeanors.” Seems like an open and shut case that a private citizen, who is a former president, can’t be the subject of a trial in the U.S. Senate.

When you read the constitutional provisions relating to impeachment it is clear as day that there is no constitutional basis for the Senate to try Trump after Joe Biden is sworn in as president. Article I, Section 3 of the Constitution states that the Senate conducts all impeachment trials as follows: “When the President of the United States is tried, the Chief Justice shall preside.” The AP reported on January 14, 2021, that there is confusion who will preside at a trial because “the Constitution says the chief justice is to preside at the impeachment trial of a president. But what about an ex-president?” The answer is nobody because a post-presidency trial would be unconstitutional.

The AP article points out that the Vice President is not allowed to preside at an impeachment, because, under normal circumstances, the VP would take over for an impeached president if the Senate convicted and removed from office. That is off the table, because Senate Democrats are improperly using a Senate impeachment trial for something not contemplated by the Founders.

Senators have an option to end the unconstitutional trial quickly.  If the Chief Justice refuses to preside because of the possibility of a controversy over the constitutionality of a trial coming before the high court, a Senator could raise a constitutional objection to the trial forcing a vote of the Senate. The Senator would say, “I object to this proceeding as not authorized by the Constitution as evidenced by the Chief Justice refusing to preside today and ask the Presiding Officer to rule this proceeding unconstitutional.” This would expose the farce of the exercise, because the vote would likely break on party lines after a partisan in the chair, either Vice President Kamala Harris or President Pro Tempore Sen. Patrick Leahy (D-VT), would rule the objection out of order. If all Republicans and Democrats voted with the caucus, the rejection of the objection would be exposed as a partisan ruling. If Chief Justice Roberts where to show up, then a Senator could make a different objection stating that Article I, Section 3 does not empower the Senate to try a private citizen.

Constitutional scholars seem at least to recognize that this is an issue. J Michael Luttig who served as a judge on the U.S. Court of Appeals for the 4th Circuit from 1991 to 2006 argued in the Washington Post that “it appears that even if the House of Representatives impeaches President Trump this week, the Senate trial on that impeachment will not begin until after Trump has left office and President-Elect Biden has become president on Jan. 20. That Senate trial would be unconstitutional.” It seems so simple, but many Democrats will use this tool because they think they can pull it off.

Some in the Senate have recognized that conducting this trial violates the oath of office to abide by the limits on the Senate’s impeachment power contained in the Constitution. Senator Tom Cotton (R-OK) argued: “the House has passed an article of impeachment against the president, but the Senate under its rules and precedents cannot start and conclude a fair trial before the president leaves office next week.” Cotton points out that there is no authority for Senators to conduct a trial against a former president.  He went on to conclude that “the Founders designed the impeachment process as a way to remove officeholders from public office—not an inquest against private citizens.” The moment Joe Biden is sworn in as president on January 20th, Trump becomes a private citizen again and the Constitution does not allow a trial of a private citizen for the purposes of removing them from an office they do not hold.

The rage many Republicans and Democrats feel on Capitol Hill is justified. The level of violence inflicted on the Capitol Police and other officers of the law defending the Capitol is shocking and heart-breaking. That being said, it does not undo the clear words and language of the Constitution preventing the Senate from sentencing private citizen Trump.

The Constitution forbids the trial and Congress should let this assault on the Capitol be handled by law enforcement, not partisan politicians out for political vengeance.