Cultural Winners and Losers of 2018

Brent Bozell and Tim Graham
|
Posted: Jan 02, 2019 12:01 AM
Share   Tweet
The opinions expressed by columnists are their own and do not necessarily represent the views of Townhall.com. 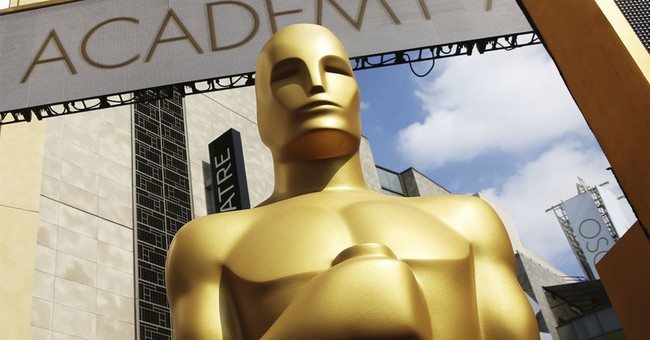 It's a little hard to judge popular culture in the Trump era, wherein content creators are judged solely on political impact -- are they offering enough "Resistance"? -- instead of the quality of their product. The Democratic gains in the midterms should make the left happy about its political fortunes, excepting that every day President Trump remains in office is intolerable.

Culturally it's a mixed bag. Though the products offered are overwhelmingly leftist, deconstructionist or both, the audience response is often unsupportive. When there is a rare nod toward a pro-conservative or pro-American message, the public's response is enthusiastic. So from our conservative perspective, here are some of the Cultural Winners and Losers of 2018.

Winner: "Black Panther." How, in this supposedly deeply racist America, does a movie celebrating black African superheroes gross $700 million in domestic ticket sales? (It almost matched that dollar figure in foreign countries.) Movie theaters were filled because whites came in to enjoy this film and then left singing its praises.

Loser: Michael Moore, who's on a failure streak. His latest anti-Trump film, "Fahrenheit 11/9," drew only $6.3 million in box office receipts, according to Box Office Mojo -- which is about 5 percent of the box office take of his 2004 film "Fahrenheit 9/11." This disaster comes in the wake of two other flops in 2016. "Where to Invade Next" grossed a pathetic $3.8 million, and the campaign film "Michael Moore in Trumpland" reportedly sold less than $150,000 in tickets. You can't do worse than that. Yet the lefties keep investing in Moore. Conservatives are supportive. There's nothing like watching radicals flush money down the commode.

Winner: "I Can Only Imagine." With a box office take of $83 million, this was the surprise hit of the faith-based movie genre. It is based on the father-son story behind the song of the same name, the best-selling Christian single of all time. It made a couple more million dollars than Meryl Streep did for saving democracy from President Richard Nixon in "The Post," which benefited from endless promotion that the makers of "I Can Only Imagine" could only imagine.

Winner: Hollywood forces on both sides who kept exposing the worst kind of sexual harassment in the entertainment world, from allegations against former CBS CEO Les Moonves on down. We always said Hollywood is deeply hypocritical for making righteous movies about unproved charges against conservatives, like Supreme Court Justice Clarence Thomas. Let's hope it doesn't start making some phony TV movie glamorizing the smear patrol of Justice Brett Kavanaugh in the new year.

Losers: Feminist comedians. Feminist TBS host Samantha Bee was her normal classy self and caused a huge furor by calling the president's daughter Ivanka Trump a "feckless c---" on national television. But her show is still on the tube, unlike radical feminist Chelsea Handler's, whose Netflix show was canceled. Then there is Michelle Wolf, who is incapable of distinguishing between jokes and insults. At the White House correspondents dinner, she wished for a tree to fall on Kellyanne Conway. Wolf also briefly had a show on Netflix in which she celebrated abortions as awesome, saying: "Abortion shouldn't be a luxury. ... It should be on the dollar menu at McDonald's!" Like Handler, she was canceled. So point and laugh at GQ magazine, which selected Wolf as a "breakout" star of 2018.

Loser: "Murphy Brown." Combine lame anti-Trump, a feminist comedy with lame "Democracy Dies in Darkness" tributes to the liberal media. This show was a disastrous reboot attempt that should have never happened.

Winner: Gary Sinise. The actor best known as Lt. Dan in "Forrest Gump" never gets enough credit for his dedication to veterans and their families, although you can be sure he's not doing it for the publicity. Still, this holiday season there was a wave of positive attention on his foundation's "Snowball Express" program, which brought thousands of children of fallen heroes to Disney World with the sole intention of bringing Christmas cheer. Cheers to him.