Brent Bozell and Tim Graham
|
Posted: May 03, 2017 12:01 AM
Share   Tweet
The opinions expressed by columnists are their own and do not necessarily represent the views of Townhall.com. 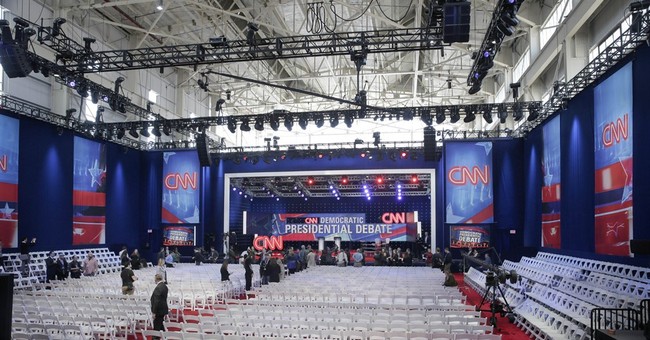 Trending
Situational ethics define the liberal media. There is no pursuit of truth. There is only a double standard.

When former President Barack Obama bowed to dictators in Cuba and Iran, it was "historic" diplomacy. When President Donald Trump talks up meeting with autocrats, that's another dangerous and disgusting sign of his lack of respect for human rights.

So, what was different when President Obama launched a Russian "reset" with Putin? And when Obama praised Muslim Brotherhood tyrant President Mohammed Morsi in Egypt, that was smart? Did the Post freak out on the front page in 2008 when then-presidential candidate Obama stared down Hillary Clinton and said he would talk to dictatorial regimes, that refusing to talk is "ridiculous"?

You won't find a Washington Post headline on "Obama's vocal affection for totalitarians."

What about the media's happy talk for murdering brutes? Go back a few months to Cuban dictator Fidel Castro's death. "Revolutionary remade Cuba," read the Post headline. The obit gushed that he was "a romantic figure in olive-drab fatigues and combat boots" and a "spiritual beacon for the world's political far left." The New York Times preferred to describe him as "the fiery apostle of revolution."

Do we really need to revisit the media's opportunistic tendency to kiss dictatorial rings to gain access for softball interviews? Should we have to recall Scott Pelley celebrating the ethics of Iranian President Mahmoud Ahmadinejad, Dan Rather babbling to deposed Iraqi ruler Saddam Hussein or 20 different anchors lauding Castro to his face?

Nevertheless, CNN anchorman Jake Tapper opened his show on May 1 with blazing snark, saying: "The world according to Trump: Journalists are the enemies of the people, but he would be honored to meet Kim Jong Un. ... President Trump today saying he would be honored to meet where North Korea's despotic dictator under the right circumstances. And that is not the first maniacal and murderous strongman he has opened up to in the past day."

Trump called the North Korean tyrant a "pretty smart cookie" on Sunday, and Tapper offered a rebuttal, saying: "Kim Jong Un had his uncle murdered. That doesn't make Kim Jong Un a smart cookie. That makes him a murderer."

This on the network that confessed it squashed tales or torment and murder for years in order to keep its Baghdad bureau open, to distribute only "news" that was acceptable to that great humanitarian Saddam Hussein.

Here's another CNN blast from the past. In June 1994, former President Jimmy Carter went to Pyongyang and hugged North Korean despot Kim Il-Sung. CNN anchor Frank Sesno summarized it, saying: "Jimmy Carter, Korean peacemaker! Did his trip to Korea reduce the threat of war?" Carter even called the Stalinesque dictator the "Great Leader" without getting scalded.

And let us not forget CNN was founded by Ted Turner, who did embarrassing interviews with "murderous strongman" Fidel Castro and broadcast a documentary in 1988 called "Portrait of the Soviet Union" that fawned over the Communist revolution with lines like this howler: "Once, the Kremlin was the home of czars. Today, it belongs to the people."

Tapper concluded his commentary by quoting Ronald Reagan, saying that "a violation of human rights anywhere is the business of free people everywhere." That sounds great. But that same press fought Reagan tooth and nail in his day, assaulting him for being a crazy Red-baiting warmonger for statements like that.

It's good for journalists in free countries to question leaders about their commitment to advocating human rights instead of pragmatically enabling dictators. Unfortunately, our media display a reflexive habit of questioning only Republican presidents. The Carters, the Clintons and the Obamas skate free.