Brent Bozell and Tim Graham
|
Posted: Jul 08, 2016 12:01 AM
Share   Tweet
The opinions expressed by columnists are their own and do not necessarily represent the views of Townhall.com. 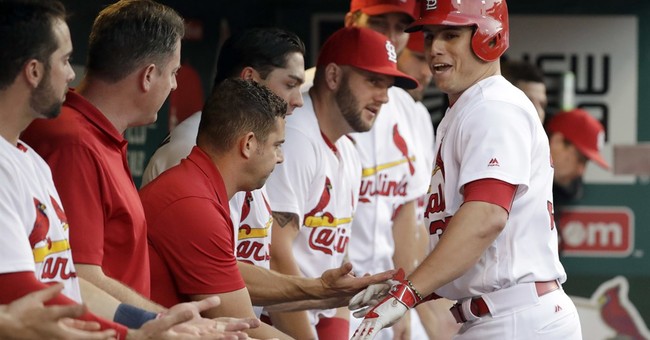 Trending
It didn't used to be -- that's a phrase we use a lot these days, isn't it? -- but the Fourth of July festivities bring out the angriest guff from the left. In 1991 Boston Globe arts critic (and aspiring poet) Patricia Smith decided to refashion the national anthem in the leftist rag The Nation.

"Oh say, we've seen too much," she began. "The Star-Spangled Banner pushes like a cough through America's mouth and the twilight's last gleaming is just that, a sickly flash above our heads as we ride unsuspecting in the bellies of sleek trains, plop to our knees in churches, embracing truths that disgust us."

The folks at the New York Daily News have embraced a mission to become the most provocative jerks in the Big Apple. One day it's personal attacks on those praying for the victims of terrorism, the next it's declaring the National Rifle Association to be murderous. In keeping with this stream of insulting behaviors, columnist Gersh Kuntzman has issued a demanded, saying, "Major League Baseball must permanently retire 'God Bless America,' a song that offends everyone."

Everyone? Surely, this man could find a handful of people in midtown Manhattan who aren't offended by "God Bless America." That isn't what he meant, however. By "everyone" he means his circle of friends, professional and personal, which says something more about his circles than his complaint.

Kuntzman began: "It's time for God to stop blessing America during the seventh-inning stretch. Welcome to the July 4 weekend -- when once again, baseball fans will be assaulted by the saccharine-sweet non-anthem 'God Bless America' at stadia all over this great land." The song, he says, "should be sent permanently to the bench."

This bilge came just days after Kuntzman drew attention for oddly comparing the AR-15 assault weapon to a bazooka: "The recoil bruised my shoulder ... The brass shell casings disoriented me as they flew past my face. The smell of sulfur and destruction made me sick. The explosions -- loud like a bomb -- gave me a temporary form of PTSD."

Children in kindergarten have stronger dispositions than this guy.

It's only natural that gun owners have mocked this overwrought routine. One video showed a little girl shooting an AR-15 without getting hurt. One man shot one with the butt of the gun pressed against the tip of his nose to show how harmless the recoil is.

Since he enjoyed all the negative attention this brought, Kuntzman took to Twitter, promising, "First guns, now I take on god: Baseball must permanently retire 'God Bless America.'" Yes, God is uncapitalized.

You can insult our Lord with impunity at the New York Daily News.

Kuntzman protested the apparent fascism of the whole exercise, the "ponderous Mussolini-esque introduction of the song, when fans are asked to rise, remove their caps and place them over their hearts." He made wisecracks, saying it's "as much a symbol of post-war patriotism as the flag, the space program and all the white people moving to the suburbs." He says the song "still embodies great things about America, but also our worst things: self-righteousness, forced piety, earnest self-reverence, foam."

He's not alone in hating a mix of baseball and patriotism. ESPN also has lurched far left in promoting a harsh political agenda. ESPN Magazine columnist Howard Bryant recently bashed the idea of police officers singing the national anthem at baseball games. This is somehow an "authoritarian shift at the ballpark," he asserted. Baseball-team owners ignored "the smothering effect that staged patriotism and cops singing the national anthem in a time of Ferguson have on player expression." And "it's indirectly stifled, while the increasing police pageantry at games sends another clear message: The sentiments of the poor in Ferguson and Cleveland do not matter."

According to Bryant powerful people in the culture have to choose: Honor the cops, screw the poor. Honoring the poor means dishonoring the police.

Last November, Bryant attacked the Chicago Blackhawks for wearing camouflage jerseys on Veterans Day, which he said clashed with their Native American logo given that the "systematic removal of native tribes occurred at the hands of the U.S. Army."

ESPN is the same network that fired Curt Schilling for being too political.