The Late-Night Pulpit for Banning Guns

Brent Bozell and Tim Graham
|
Posted: Jun 17, 2016 12:01 AM
Share   Tweet
The opinions expressed by columnists are their own and do not necessarily represent the views of Townhall.com. 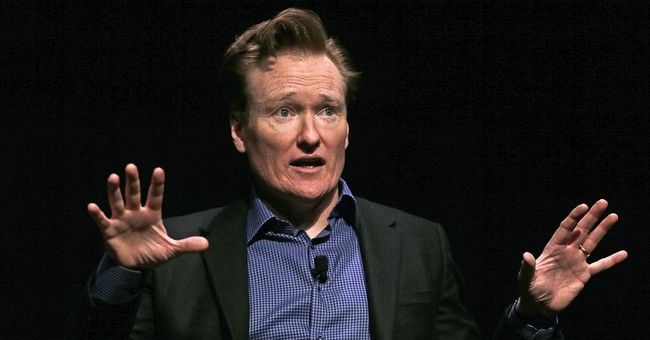 The mass shooting in Orlando really infuriated liberals all over again about the lack of gun control -- including liberal journalists and comedians. NBC "Nightly News" anchor Lester Holt blandly promoted how "late-night hosts have once again found themselves straddling the lines between comedians and consolers."

But they weren't consolers. They were agitators for the liberal agenda. On "The Daily Show," host Trevor Noah sympathized with Obama saying, "He's hosted 12 state dinners, but he's had to give 16 mass-shooting addresses." And none of those apparently ever reflected badly on Obama's leadership on terrorism? Noah lectured for gun control: "America needs to ask itself the question: Do you want to be a country that takes reasonable measures to protect its citizens, or should we tell the president to prepare speech number 17?"

On NBC's "Late Night," hosted by Seth Meyers, the only issue was guns: "This was an attack on LGBT people fueled by bigotry and hatred. And the shooter was apparently inspired by ISIS, " he acknowledged. He continued: "But we're gonna talk about guns. Because whether the shooter was a homophobe, mentally ill, a terrorist inspired by ISIS or all three, what allowed him to kill so many people on Sunday was his gun. And that means we're likely about to enter yet another contentious national debate about gun control." Later, Meyers lamented saying, "When given a chance, Congress consistently chooses nothing as a course of action."

On TBS, Conan O'Brien used almost the exact same language about banning "assault rifles" as Hillary Clinton does on the campaign trail. He began by noting, "I've always, always made a policy to stick to my job and keep my opinions to myself."

He continued: "I simply do not understand why anybody in this country is allowed to purchase and own a semiautomatic assault rifle. It makes no sense to me. These are weapons of war, and they have no place in civilian life."

O'Brien can take his 10-pound pompadour to Cuba, make a communist dictatorship look colorful and lovable and keep his opinions on their repression to himself. But conservatives and Republicans? They're like Hitler, and they like murderous assault rifles.

Also on TBS, Samantha Bee echoed O'Brien, sounding like a Democrat, but with added rage: "Sam Bee wants to take your guns away! Yes, the ones that mow down a room full of people in seconds? Yes, I do want to take those guns away. These high-capacity penis substitutes are a s----- choice for hunting and home protection, but perfect for portable mayhem."

But Bee added a layer of contempt for anyone who offered prayers of support to the victims and their families: "The biggest, most helpful thing you can do to ensure this never happens again is sit quietly in a room with your eyes closed, talking to nobody."

She concluded her rant with a mean-spirited prayer of her own: "I'm just going to pray. Are you there, God? It's me, Sam. Please, bless the victims and their friends and families in their time of unspeakable pain. Give us the courage to say no more, and while you're at it, please send the NRA a plague of boils. Amen."

If Lester Holt thinks Samantha Bee is a "consoler," he's clearly in denial about her weekly ragefest.

These comedians are all angry that their editorials never seem to make a dent, in part because they cannot acknowledge that their "solutions" (like background checks) never seem to be the answer to these unfolding mass-shooting horrors.