Back to Bleating About Christian Terrorism 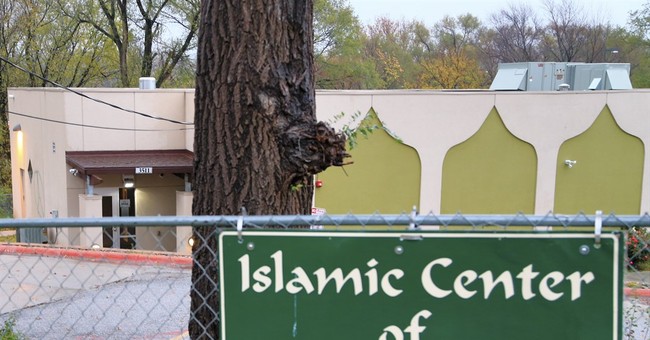 When Islamic terrorist attacks cause mass casualties, like the horrific events in Paris, it's all well and good to preach the obvious that ISIS killers don't represent all Muslims, any more than the Nazis represented all the German people. But what is wholly unacceptable is any attempt to drag Christianity into a moral-equivalency game with radical Islam.

The leftist comedians really should have stopped this gunk when Rosie O'Donnell announced on "The View" nine years ago that "Radical Christianity is just as threatening as radical Islam in a country like America" because the United States was at war in Iraq. (Rosie would never be able to define non-radical Christianity because in her warped world, that's an oxymoron.)

But it just keeps coming. South African import Trevor Noah, Jon Stewart's replacement on "The Daily Show," took Christianity back to 1478 for a whipping: "Islam is a religion. It's open for violent interpretation, and it's open for peaceful interpretation. Just like how Christianity can encompass both the Spanish Inquisition and the little old lady in church who keeps talking to you about cat's diabetes medicine. So, basically, torture either way."

Religion and violence was a pretty constant combination 500 years ago, but what relevance should that have in the 21st century? Liberals want to absolve all Muslims for yesterday's massacre by condemning all Christians for the 1500s? That, ladies and gentlemen, is what you call a stretch.

Noah has forfeited any privilege to make ISIS comparisons after opening his "comedy" show on November 2 with this bizarre juxtaposition: "Our top story, ISIS. They are a lot like Donald Trump's presidential campaign."

How is Trump like a terrorist group that slaughters hundreds of innocents? Noah sloppily compared the two as nearly identical: "When it first showed up, we all thought, 'Eh. This probably won't last more than a month or so.' And yet, here we are, November of 2015 and both are as powerful as ever."

It's obvious now that the Left will continue to downplay the potential of Islamic terrorists as some "JV team" that can't shoot straight. Downright stupid, yes. But it's also offensive to think it's funny to compare a presidential candidate to someone who opens fire on a rock concert audience.

Here's another exercise in moral equivalency. Best-selling author Stephen King was hailed by the left for tweeting "Hating all Muslims for what happened in Paris is like hating all Christians because of the gay-hating Westboro Baptist Church." As usual, this cartoonish thought bubble starts with the assumption of prejudice, that most Americans immediately start "hating all Muslims" after a terrorist attack. Then it concludes by failing to notice that unlike ISIS and their ilk, the hate-filled Westboro contingent hasn't thrown homosexuals off tall buildings.

Then there are the feminists who love to make comparisons of Christianity and radical Islam by implying that Christians should be defined as abortion-clinic personnel killers. Late-term abortionist George Tiller was shot at his Lutheran church in 2009, and then you have to go back to Dr. Barnett Slepian being shot in his own home in 1998. How many tens of thousands have perished at the hands of Islamic radicals during that time frame?

Christians immediately condemned the killing of abortionists, evil as they are, as immoral. By contrast, polls show millions of Muslims have expressed support for ISIS, and many millions more approve of terrorist groups like Hamas and Hezbollah.

This raises the eternal question about Western secular progressives: If they're so concerned about religion as a threat to public order, why do they do so much special pleading against the misunderstanding of Muslims both here and abroad?

Maybe there isn't a moral equivalence between Christianity and Islam. After all, secularists in the West seem more comfortable condemning Christianity, both its tenets and its followers, as the ultimate evil.