When Child Sex Abuse Gets Ignored 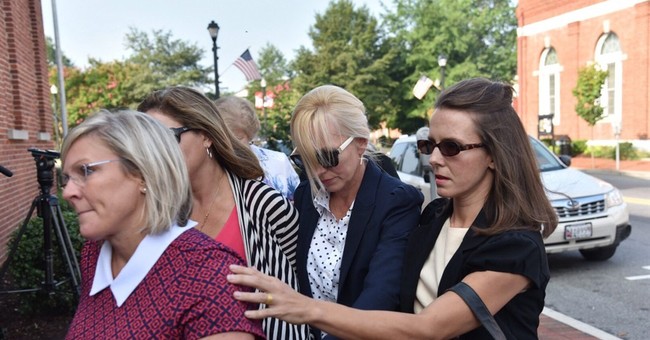 The double standard our media impose on child sexual abuse is garishly obvious. On Aug. 14, The Washington Post set the stage for the coming American visit of Pope Francis with another splashy front-page story on a man still berating the Catholic Church after being abused by a priest from 1969 to 1976.

But on Aug. 21, after a court sentenced former Baltimore Ravens cheerleader Molly Shattuck, 48, for sexually abusing a 15-year old boy merely a year ago, the Post ignored it completely. Apparently, there was no room. That boy's family had no media advocate there.

It's horrible that a priest would so egregiously betray his vows to abuse and manipulate a child. It's also horrible that a mother would betray her teenage son by sexually molesting one of his friends. But only one of these stories is apparently "newsworthy."

It's obvious that in our culture today, the idea of a 15-year-old boy "becoming a man" with a grown woman is seen as a happy occasion. The notion of childhood innocence is not just antiquated; it's downright silly. People imagine the high-school high-fives, and don't think of rape.

If Shattuck were a Ravens football player, not a cheerleader, it would be news.

On August 21, ABC's "World News Tonight" ran only 63 words on Shattuck's crime, including a note on the slap-on-the-wrist punishment: "The judge ordering her to spend every other weekend at a probation center for the next two years. The ex-wife of a billionaire CEO, she was selected as a cheerleader in the NFL at the age of 38." The story lasted 19 seconds.

There was no story on CBS, or NBC, or PBS. We couldn't find any coverage on the cable news networks. The New York Times and the Boston Globe, so heralded for how aggressively they dug and dug into sexual abuse among Catholic priests, were nowhere to be found.

When the allegations broke out last November, the networks barely noticed. ABC covered it after midnight on "Nightline" -- using footage from when they had aired a segment promoting Shattuck on "20/20" in 2006, when she made the Ravens cheerleading squad. NBC had one story on "Today," and CBS just a mention on the early morning news.

The crime of a former NFL cheerleader doesn't interest journalists like NFL players do. At the start of last year's NFL season -- from the start of the regular season on Sept. 4 through Oct. 15 -- ABC, CBS and NBC combined for 171 morning and evening news stories on five NFL players embroiled in domestic abuse cases.

What's a more important story, a controversy over deflated footballs or a scandal about an ex-cheerleader committing child sexual abuse? The Big Three networks have devoted a staggering 86-plus minutes this year to obsessing over every aspect of "Deflategate." Molly Shattuck's child sexual abuse drew 19 seconds.

The Holy Father lands in Washington on Sept. 22. It's safe to guess we're going to hear more shocking stories about abusive priests in the '60s and '70s -- yes, 40 or 50 years ago. But if the national media cannot broaden their scope to cover other -- which is to say, non-Catholic clergy -- cases of child sex abuse going on much more recently, how can they avoid the accusation of anti-Catholic prejudice?