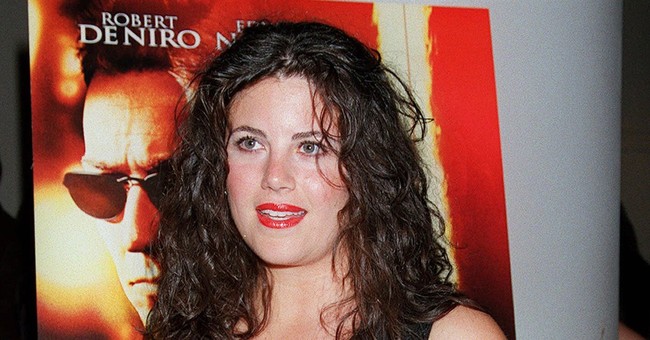 TED Talks are a hot liberal video series. The 20-minute talks, usually taped in Vancouver, have become such a viral force on the Internet that NPR now has a weekly "TED Radio Hour."

TED's mission statement proclaims a passionate belief in "the power of ideas to change attitudes, lives and ultimately, the world." TED offers "a clearinghouse that offers free knowledge and inspiration from the world's most inspired thinkers."

Or they're seeking the most Internet clicks. Because their most recent "most inspired thinker" was ... Monica Lewinsky.

Seventeen years after the Year of Our Intern, Lewinsky should be doing something different. To quote the liberal lingo during that time, "move on." Yet it is Lewinsky who keeps returning to the scene of her obscene behavior, and now insists we feel her pain, that she is the "Patient Zero" of "slut shaming."

Lewinsky wishes to reinvent herself as an evangelist and a guru, but how to do it? Call it shame-shaming.

She told a story of being nearly suicidal in the days of Ken Starr's investigation and Clinton's impeachment, and how her mother feared she would kill herself. She was deeply ashamed by the tapes Linda Tripp made that showed how catty and shallow she sounded.

She might have been ashamed, but now the public should feel more ashamed for making her feel ashamed.

"For nearly two decades now, we have been slowly sowing the seeds of shame and public humiliation in our cultural soil, both on-and off-line," Lewinsky announced. "Gossip websites, paparazzi, reality programming, politics, news outlets, and sometimes hackers all traffic in shame."

She continued: "This invasion of others is a raw material, efficiently and ruthlessly mined, packaged, and sold at a profit. A marketplace has emerged where public humiliation is a commodity, and shame is an industry."

All this talk of commodification thrills liberal ears, and she dreamed out loud of a revolution, a powerful wave like the rush to embrace gay marriage. "What we need is a cultural revolution. Public shaming as a blood-sport has to stop. And it's time for an intervention, on the Internet and on our culture," she proclaimed. "We need to return to a long-held value of compassion. Compassion and empathy. Online, we've got a compassion deficit, an empathy crisis."

This drew a standing ovation from her audience, but it came with an obnoxious dose of revisionist history -- not to mention hypocrisy. One can sympathize with her humiliation, and millions did, in real time. But then what happened?

In 1999, she was reportedly paid more than $1 million to narrate a best-selling book to Andrew Morton called "Monica's Story." In it, she declared, "I don't want to make a career out of being Monica Lewinsky. I haven't done anything to be proud of."

But that's what happened. She now shames the commodification of embarrassment, but in 2000, two years after the scandal, she hosted the U.K. documentary series "Monica's Postcards." She also appeared on "Saturday Night Live" and on comedian Tom Green's MTV show in an episode titled "Tom Brings Monica Lewinsky to Canada." She shames reality TV, but in 2003 hosted the reality show "Mr. Personality" on Fox.

So might be this new narrative. At the risk of displaying an empathy deficit, it's quite possible that after her TED Talk, Lewinsky may now be able to create a whole new enterprise as a paid lecturer against slut-shaming, cyberbulling and online harassment. How many campuses and businesses will now fork over a large fee for such a famous (or infamous) expert?

Monica, shame on you. If it's still OK to say that, of course.