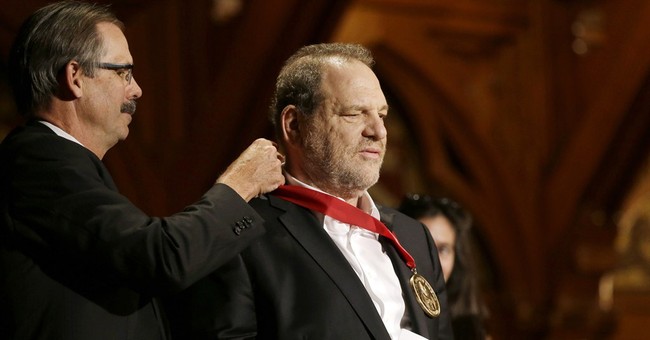 The Academy Awards is meant to be the world's most prestigious honors for achievement in movies. Politics should have nothing to do with it, but, increasingly, that's not so. Hollywood is now regularly treading beyond "artistic excellence" and letting political overtones sway the outcome.

For months now the "diversity" crowd has wailed and gnashed its teeth over the lack of Oscar interest in "Selma," as if Hollywood harbors a racist underbelly. They will not accept that maybe the movie wasn't that good. Even worse, they won't accept that the studio executives at Paramount stupidly screwed up by not sending DVD screeners to all the Oscar voters.

But older culture watchers remember 1985, when "The Color Purple" with a largely black cast went from a potential Oscar sweep of 11 nominations to an Oscar shutout -- zero statues. Why? Activists like the Coalition Against Black Exploitation charged that the film "exacerbates the current schism between black males and females, degrades both sexes and portrays the black family in an exceedingly negative light to the world at large." Art took a backseat to politics.

The Oscar season is beginning to look as political as a presidential campaign, and the most legendary campaigner is Harvey Weinstein. In Hollywood, it's remembered how Weinstein manipulated his movie "The King's Speech" ahead of the Facebook-founding story of "The Social Network" for the Best Picture honor in 2010.

He is a terrific marketer by any measure. CBS anchor Charlie Rose recently told Weinstein if you took a poll of 100 people in Hollywood, all 100 would pick him as the most effective Oscar campaigner. Weinstein replied, "I learned a long time ago because of that -- because of my success, I spend less money than anybody and I work twice as hard, OK? Maybe five times as hard."

He also knows how to leverage liberal guilt.

This year Weinstein is aggressively urging Oscar voters to strike a blow for "justice" for homosexuals by voting for his film "The Imitation Game." The film focuses on Alan Turing, the English math genius who cracked the Nazi code in World War II, but was later arrested and subjected to chemical castration for his homosexuality.

''Honor this movie. Honor this man. And honor the movement to bring justice to the other 49,000 [punished homosexuals],'' proclaimed Weinstein's ad, above a picture of actor Benedict Cumberbatch, who stars as Turing. The film was also named last week as a nominee for best picture at the GLAAD Media Awards, from the most powerful gay lobby in Hollywood.

On Jan. 20, Weinstein appeared on ''CBS This Morning'' to offer the return of his British honor -- the Commander of the British Empire appointment he was awarded in 2004 -- if it could be granted posthumously to Turing, ''I would give up mine, and I think other people would give up theirs,'' Weinstein said.

Whether the new focus on gay rights can capture enough votes to help ''The Imitation Game'' pass its Oscar competitors is to be determined. The appeal sounds strange since some movie reviewers, like Ed Gonzalez at Slant magazine, complained the movie didn't crusade for gays and their sexual longings enough: "It's surprising that it refuses to penetrate Turing's carnality and allow Cumberbatch to truly wrestle with the torment of the man's sexuality."

And what of the artistic merits of the film?

All this hard work makes the Oscar race look like just another cynical election that can be won at the last minute by a positive or negative advertising and publicity campaign. We'll soon know if Weinstein's campaigning legend will continue to grow.