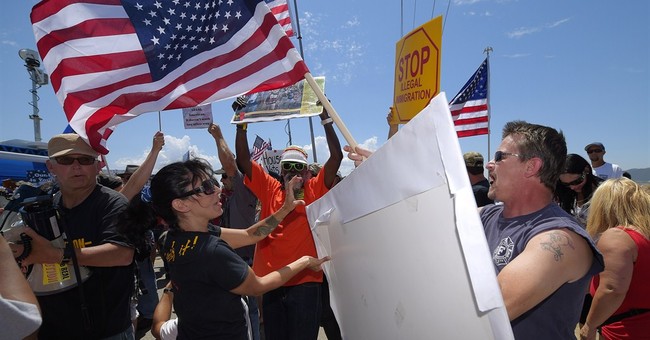 MSNBC host Chuck Todd assembled a panel of liberal-media veterans on his morning show "The Daily Rundown" Monday and joked that the assembled heavyweights presented "a nightmare scenario for Brent Bozell." But what these journalists proceeded to issue was a devastating indictment of the Obama presidency and a real nightmare for this president.

Carolyn Ryan, the Washington bureau chief of The New York Times, brought up "the national funk we're in, the sort of national malaise." The word "malaise" is never a good word to be around if you're the president. But for President Barack Obama, who is now seen in polls as the worst president since World War II, worse than the Master of Malaise, Jimmy Carter, it's kryptonite.

Iraq's collapse and "this crisis on the border does go to this question of competence," Ryan said. With Obama's utter lack of clarity in his immigration policy, "I feel like it can be a negative for President Obama where it seems like so many things in this country just aren't working," Ryan added.

Todd agreed. "Boy, you can see that 30-second TV ad, right? You start with the health care rollout, you go to the VA, you go to Syria, you go to Iraq, and you can go to the border. You can draw a straight line."

Susan Page of USA Today found different storm clouds. She insisted that Obama will have to move harder to deport the tens of thousands of children illegally pouring over the border, action which will then hurt him with core constituencies that want more amnesty, not more crackdowns. "This is kind of a lose-lose for him, politically speaking."

Todd noted that Democrats don't want to go anywhere near the immigration issue right now. Then this whole panel agreed that it is incumbent that Obama go to the border during his upcoming Texas visit, because, as Page said, "This is a Katrina moment, right? ... You're going to a fundraiser, and you're not going to the border, where there's this crisis?"

Ouch. Hurricane Katrina is another metaphor Obama definitely does not want attached to his crumbling legacy. Dan Balz of the Washington Post underlined, "If he goes, he draws even more attention to the fact of the problem that they were unable to solve right now." Again, it's another lose-lose.

Obama certainly is relying on his historically pliant media not to discuss the need for a border visit. The options on the evening news are politically dreadful. Imagine the footage of the president visiting amidst the human squalor his inaction has caused.

Balz put the issue in a more historical context. "When we have seen these mass arrivals, it's hurt the party that's been in the White House badly." Todd agreed: "Always has. Every time." Todd reminded his audience that the Mariel boatlift of Cuban refugees in 1980 helped defeat Bill Clinton in the only election he ever lost. Many Cubans were kept at Fort Chaffee in western Arkansas.

The notion of Obama's incompetence in matters both foreign and domestic is really beginning to sink in with the press. Try as they might in their daily attempts to sugarcoat the bad news and/or blame it all on the Republicans, even the liberal news media can read the tea leaves.