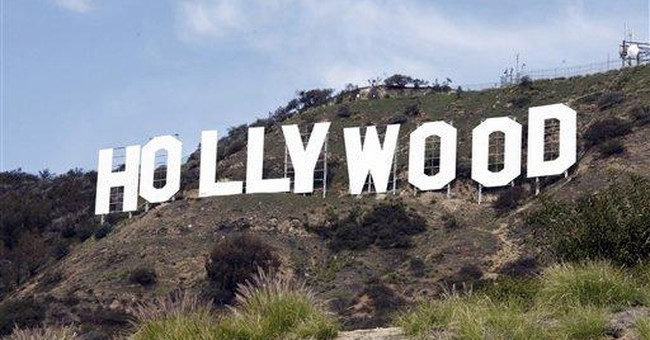 The poobahs of our popular culture never seem happy unless they're taking entertainment down to the "next level" of deviancy. When they undertake remakes of Hollywood classics -- especially the comedies -- that's when you see how far we've fallen.

The forthcoming modern-day adaptation of "The Three Stooges" isn't going to be a celebration of that iconic family comedy. The trailer features Moe poking the eyes of "Snooki" Polizzi from the uber-sleazy MTV show "Jersey Shore." But that's nothing compared to the real absurdity of 19-year-old Sports Illustrated swimsuit model Kate Upton playing a nun at the orphanage where the Stooges grew up.

Not just a nun but a swimsuit-model nun. In the trailer, Upton emerges from a swimming pool in a tiny black bikini, a rosary hanging around her neck, and a traditional habit on her head. As Moe and Larry lewdly gawk at her, Curly says, "Hiya Sister Bernice. There's something different about you. Did you get a haircut?"

Religious sisters take a vow of chastity. Hollywood loves to mock the Catholic Church for being out of touch. Conclusion: Mock the chastity of nuns.

(But in a thousand years, would those brave Hollywood souls have the courage to mock a Muslim burqa?)

But there's always a lower new low. On episode 12 of the upcoming HBO "mockumentary" series "Angry Boys," they feature a young girl sipping through a straw from a very anatomically correct penis-and-testicles cup. It resembles something called the "Pink Dicky Sport Bottle," sold to adults in sex shops.

Is HBO really proud of this program, squeezing laughs out of having a preschool actress suck on a plastic penis? Actress Deni Lindholm was found through a company called "Bubblegum Casting," which normally handles child models for department store ads.

"Angry Boys" is made by Australian comedian Chris Lilley, known primarily by "his willingness to push the obtuseness, nastiness and general cluelessness of his characters," reports The New York Times. Naturally, HBO was desperate to co-produce this sludge.

The nasty character in this case (played by Lilley in drag) is a ruthless, clueless Japanese mother named Jen Okazaki who is trying to exploit the skateboarding career of her son Tim, including floating the (untrue) rumor that he is gay and then starting a company called Gaystyle Enterprises. When that fails, viewers learn that she was left with a veritable warehouse full of unsold sex products, but she says, "I've found it quite useful for decorating around the new house."

The blogger Weekend Libertarian quotes more of this routine: "The c--k cushions -- just a scatter cushion, um, like so. We have just a c--k box (for the television) here where I put my remote." Penis products are everywhere, with no thought for the impressionable child actors.

The child character, Cindy Okazaki, is mocked as an unfortunate afterthought. The mother says "being a household mom is s---. You have to constantly look after your children." And: "I never wanted a third child, so when Cindy came along, I was a little disappointed, but what can you do?" The character says this ... while holding the child. This is meant to be hilarious.

What Ross Perot called "that giant sucking sound" could be applied to Hollywood, which is perennially dragging whatever we could call our public morality down to the ugliest, most malodorous sewer. The well gets only deeper.