Brent Bozell and Tim Graham
|
Posted: Feb 17, 2016 12:01 AM
Share   Tweet
The opinions expressed by columnists are their own and do not necessarily represent the views of Townhall.com. 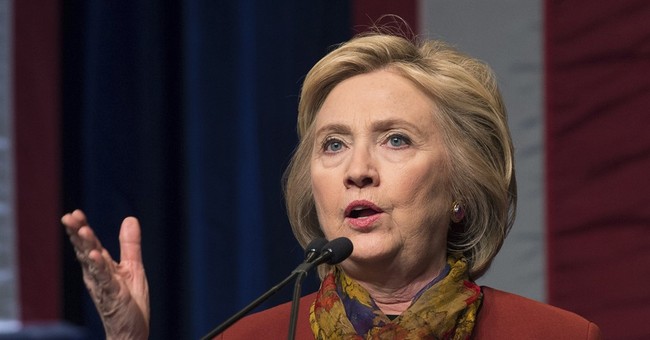 Liberals who remember "Doonesbury" surely recall the joke about George H. W. Bush pledging to "put his manhood in a blind trust" so he could be Ronald Reagan's vice president. But when it comes to covering Hillary Clinton, reporters now have been exposed putting their own manhood in a blind trust. It turns out they submit to orders made by her longtime publicist, Philippe Reines.

They have tossed aside all vestiges of objective journalism -- in fact, journalism itself -- to please the boss.

It's an ugly set of transactions, conducted in secret. To try and gain access to the very inaccessible Clinton, flattery is one method, but press dictated by the campaign is the real coin of the realm.

Gawker used the Freedom of Information Act to get to the exchanges between reporters and Reines, the Hillary Clinton gatekeeper. Their new find is Marc Ambinder of The Atlantic, who has worked in the political-news departments at ABC and CBS. The headline: "This Is How Hillary Clinton Gets the Coverage She Wants."

In July 2009, Hillary was delivering a speech at the Council on Foreign Relations. Ambinder wanted an advance copy of the speech, a normal request, sometimes granted, sometimes not. Reines had a novel response. He insisted on conditions. "You must describe her tone as 'muscular,' and you must note that her most prominent underlings at the State Department (George Mitchell, Richard Holbrooke) would be seated in front of her to convey her command of the staff."

"Got it," Ambinder shot back. Later that day, he published a story doing Clinton's bidding right at the top, touting a "muscular speech" Clinton would deliver that day in front of her rival "power centers" in the State Department.

Mike Allen at Politico and Mark Landler at The New York Times also used copy that showed Reines was orchestrating Clinton's press clips with them as well. Both reporters used the adjective "muscular" and both cited the other envoys in front of her. They needed to stay on Team Hillary.

Ambinder never stopped being a lap dog. Days later, he emailed Reines to coo over a "Meet the Press" appearance: "She kicked A on MTP." A 2010 email from Ambinder to Reines on a press conference covering the WikiLeaks outrages oozed: "This is an awesome presser. ... She is PITCH f#$*& PERFECT on this stuff."

When contacted by Gawker, Ambinder pleaded that this was an "incomplete" record:

"The exchange is probably at best an incomplete record of what went down. That said, the transactional nature of such interactions always gave me the willies. ... At no point at The Atlantic did I ever feel the pressure to make transactional journalism the norm."

The Atlantic added this lame note on their website above Ambinder's 2009 piece: "On February 9, 2016, Gawker called the reporting of this post into question. It is The Atlantic's policy never to cede to sources editorial control of the content of our stories."

No it's not. That answer is about as honest as The Atlantic's reporting.

Last November, Gawker exposed Mike Allen at Politico emailing Reines offering to host Chelsea Clinton at a very cozy Politico brunch: "No one besides me would ask her a question, and you and I would agree on them precisely in advance. ... The interview would be "no-surprises'."