Bob Barr
|
Posted: Feb 26, 2020 12:01 AM
Share   Tweet
The opinions expressed by columnists are their own and do not necessarily represent the views of Townhall.com. 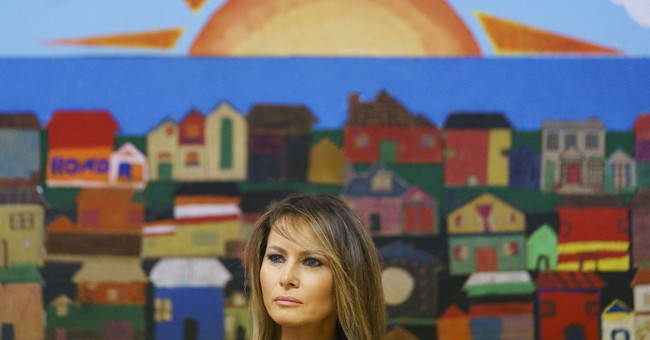 Having recently tackled the scourge of “assault” weapons in the Commonwealth, Virginia Democrats now have set their sights on the looming major public health threat of unlicensed art therapy. Citing the risks posed by “toxic chemicals” in paint and glue, by scissors “which have sharp edges capable of causing cuts or punctures,” and with objects like clay that can be dangerous “if thrown,” Democrats are stepping up to correct what surely was an oversight by our Founding Fathers who failed to  envision such dangerous implements in the hands of unlicensed civilians (consider the danger to have one’s skin punctured by a newly-sharpened quill pen!).

As ridiculous as licensing art therapists may sound, it is par for the course in Nanny State legislatures across the nation; often regardless of whether controlled by Democrats or Republicans. Take, for instance, that Louisiana requires a license for arranging flowers. Oh, and do not worry about being grifted by “fraudulent” fortune tellers – they’re licensed in several states, including Florida, Massachusetts, and Maryland. Even blow-drying hair requires more than 1,000 hours of training and potentially $20,000 in education and fees, before gaining the government’s stamp of approval.

But who are government bureaucrats really protecting with these insane requirements? Many of the trades regulated under occupational licensing are low-wage positions, with little risk to participants or customers. Is there actually rampant fraud and public safety concerns within these fields necessary to making the barriers to entry so prohibitive? Or, are such licensing requirements being pushed by trade groups (as was the case in Virginia) to protect their businesses from increased competition; with regulation-hungry legislators happy to be seen as the saviors of public welfare and eager to use the regulatory hammer to prove their concern for their constituents.

The absurdity inherent in pushing these regulations should answer that question. After all, anyone with a halfway functioning brain knows it is complete malarkey to suggest unlicensed hair braiders, handymen, and a litany of other professions presented a clear and present threat to the public in the absence of licensing requirements. Furthermore, it is hard to argue with a straight face that a rubber stamp by the government does anything at all to stop unethical individuals from behaving unethically.

Angie’s List and Yelp probably have done more to protect the public from disreputable and substandard businesses than any government licensing board. But the Nanny State thrives.

The actual harm to the public is not unlicensed individuals being paid for a service by people who willingly request it – the basic tenet of capitalism; it is the economic opportunities lost as the result of this protectionist Nanny Statism. It also happens to be a burden that falls hardest on non-college educated, often times members of minority communities, who rely on their trade skills to provide a living. Rather than have a shot at the American dream (or simply putting food on the table), budding entrepreneurs never even have a chance in the face of a mountain of time consuming and cost prohibitive bureaucratic requirements.

With nearly one-third of jobs today requiring the government’s permission, occupational licensing is completely out of control. Fortunately, there is a glimmer of hope at the end of the regulatory tunnel, by some Republican governors to reverse decades of this craziness. Arizona Governor Doug Ducey has worked diligently in the past few years to start undoing occupational licensing madness in his state. His fight for license reciprocity, a major issue particularly for military families that move frequently from state to state, is a model that should be emulated nationally.

Shoshana Weissmann, a resident fellow at the libertarian R Street Institute, and Twitter’s de facto leader on occupational licensing issues, cites the importance of licensing reforms in the ongoing justice reform movement. “When people find work quickly after incarceration, they’re less likely to recidivate,” says Weissmann; adding that nebulous “good moral character” requirements used in some occupational licenses often prevent otherwise qualified individual from working in fields wholly unrelated to their past legal transgressions – a scenario that in effect “helps no one and hurts public safety.”

While President Trump continues to dismantle the behemoth federal regulatory state, legislators and governors in state governments from one coast to the other still are busy enacting regulatory roadblocks for entrepreneurs working to realize the American dream.