Will America’s Economic Boom Continue in the New Year?

Bob Barr
|
Posted: Jan 08, 2020 12:01 AM
Share   Tweet
The opinions expressed by columnists are their own and do not necessarily represent the views of Townhall.com. 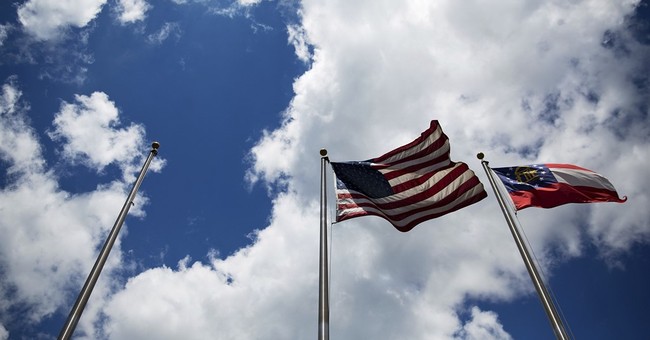 By all accounts, the low-tax, light-touch regulatory environment produced by Congress and the Trump administration has done wonders for America as we enter election year 2020. In the latest jobs report, 321,000 new jobs were added to the economy. The unemployment rate currently sits at a healthy 3.5 percent; down two full points from when President Obama left office just three years ago. The American economy is without a doubt going strong. Still, some say that America’s best times may soon be in the rear-view mirror.

While it would be understandable if in 2020 the U.S. is not able to match the astonishing gains of last year, there is no reason to expect a significant slowdown as some are predicting -- not if Washington pushes to ensure its pro-jobs agenda comes to complete fruition this year.

Part of the problem is that the existing economic data just is not accounting for all relevant factors. Take, for example, my home state of Georgia. According to the University of Georgia, the Peach State’s economy will grow at a significantly slower rate in the new year. It projects that largely due to global factors, the state will experience a net loss of agriculture and manufacturing jobs in 2020.

However, just days after the release of the UGA analysis, President Trump reached agreement on a partial trade deal with China; a deal that will prevent some of China’s protectionist, anti-free market activities that allowed it to wipe away over 90,000 Georgian jobs between 2001 and 2013. That means at least some jobs coming back home in 2020 that were not previously expected.

Washington’s free-trade celebration need not stop there, either. Days after the announcement of the U.S.-China deal, Democrats and Republicans unexpectedly came together to pass the United States-Mexico-Canada Agreement (USMCA) in Congress. Given that Canada and Mexico are two of America’s – and Georgia’s -- top trading partners, the renegotiated terms certainly will help to boost American employment as well. That means there are still more jobs to be created that U.S. economists didn’t previously take into consideration in their more pessimistic analyses.

For the good of America’s economy in 2020, Congress can and should continue to grease through these agreements. Important also will be actions by lawmakers and regulators to safeguard against abuse the many economic development successes initiated by the several states that have helped drive the country’s robust economy.

Again, Georgia serves as an illustrative example. Few states provide as many incentives to conduct business within their borders as does the Peach State. At the same time, however, due to matters outside of their control, Georgians -- like Americans more generally -- need some help from the feds to ensure that free-market competition within and across its borders is maintained.

This year, for instance, the significant number of new Georgian jobs promised by Thyssenkrupp, an elevator company building a new headquarters right next door to the Atlanta Braves’ stadium, could be compromised due to a pending acquisition  from Kone, a leading competitor. The merger would likely pose no problems if the companies respected the free marketplace. Of concern, however, is the fact that Thyssenkrupp and Kone have previously been fined by the E.U. for uncompetitive behavior, including for artificially inflating procurement contract figures. If the government hands these two unnatural monopolies even more power, Georgia could be robbed not just of the many jobs the expansion would create, but also the millions of dollars in economic value the company is expected to bring in.

At the very least, threats to the economic development initiatives in states across the country, like the one potentially posed by Thyssenkrupp and Kone, should prompt inquiries from home state senators – in Georgia’s case, David Purdue and the Senate’s newest member, Kelly Loeffler. If necessary, they can then recommend whether the relevant committees or any other government bodies should become involved to protect the Georgia and the U.S. economies from anti-free market actors that may try to abuse the system.

Here’s the key takeaway -- President Trump has proved himself a highly competent helmsman in the economic and regulatory arenas, and he is steering the U.S. economy in the right direction; at times with unexpected help from the Democrat-controlled House.  If he and other Washington decision-makers continue to advance free trade policies, while at the same time demanding answers to federal matters that could adversely impact state competition, price competitiveness, and employment, the 2020 economy will afford us all many pleasant surprises.