Red Light Cameras Headed to the Graveyard of Bad Ideas

Bob Barr
|
Posted: May 29, 2019 12:01 AM
Share   Tweet
The opinions expressed by columnists are their own and do not necessarily represent the views of Townhall.com. 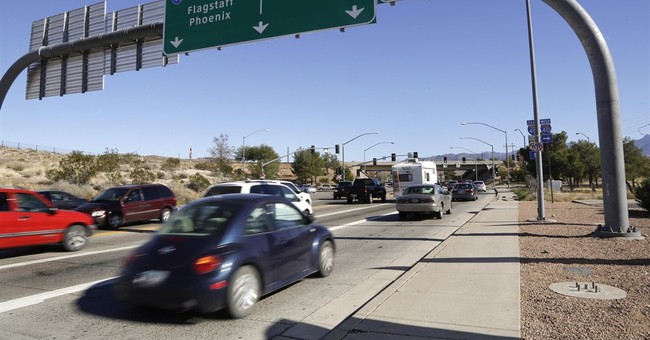 When America’s first red light camera system was installed in Jackson, Mississippi in 1992, it was hailed as the beginning of a program that would save lives, improve driving skills, and free police officers from having to monitor busy intersections.  The devices sprang up at intersections in cities large and small across the country; fueled by the huge amount of money the devices generated for local governments (and for the private companies that actually owned and operated the cameras and the accompanying software).

Defense lawyers, civil libertarians and privacy experts raised serious concerns about the constitutionality of the devices and questioned the manner by which fines were being levied on owners of vehicles nabbed by the electronic cameras. Many complaints focused on the fact that the devices were designed more to generate revenue than for safety. Not surprisingly, however, when questioned about the propriety or legality of charging drivers with expensive traffic offenses, local officials would claim with straight faces that revenue was not the primary – or even a secondary – reason for installing and using the devices; and the money kept rolling in.

But something odd was happening at many of the intersections monitored by red light cameras.  Even as the number of citations issued for running a red light at such locations increased dramatically, so too did accidents.  Studies of this counter-intuitive phenomenon revealed that at camera-monitored intersections, accidents were occurring because drivers – fearful of being caught on camera slipping through a light just before it changed from yellow to red – were slamming on their brakes, and either rear-ending the vehicle in front of them, or being rear-ended themselves by the car following them.

Technology ostensibly employed to improve safety at intersections, actually was making the locations more dangerous.  This was happening to the extent the problem could not be ignored, and even though jurisdictions using the cameras continued to reap significant cash reward by keeping the devices in place.

Notwithstanding these legal and practical problems, for two decades local and state governments continued to authorize use of red-light cameras.  The love affair peaked in 2012, with devices deployed in some 530 communities in 23 states.  Cities exhibited unusual degrees of ingenuity in efforts to maintain red-light camera programs despite growing public unease.

The City of Chicago, under former Mayor Rahm Emanuel’s leadership, actually tweaked the timing of yellow lights to shorten them by a fraction of a second, thereby generating an additional 77,000 tickets and an extra $8 million for the city. The ploy was suspended only after being exposed by the Chicago Tribune.

Other jurisdictions fought back against any attempts by private citizens to shed light publicly on the problematic systems.  In what obviously was a retaliatory action against a driver who received a red-light camera ticket, a man in Oregon was fined $500 by the state licensing board for doing nothing more than describing himself as an “engineer” when he was researching the matter.

For most individuals who have received such a citation in the mail, simply paying the [often steep] fine outweighs the time and expense of fighting it; and this has been perfectly agreeable for the issuing jurisdictions and for the private companies benefiting financially therefrom.

Still, the weight of the legal challenges that have proceeded, and the continued citizen outcry against the underhanded manner by which the jurisdictions have been raising money through use of red-light cameras, has taken a justifiable toll.  The practice appears headed for the graveyard of bad ideas that sounded good at the time.

In ten states, the use of red-light cameras is now banned outright; and, in Texas, a bill awaits the governor’s signature to add the Lone Star State to that list.

The reversal of a program that served as a virtual cash cow for so many local governments for so long, is astonishing.  The episode presents a rare but welcome example, that if citizens exert continued legal and political pressure on governments against an inherently unfair and defective program, they can prevail.  It doesn’t happen often enough, but it is sweet indeed when it does.