Who Benefits Most from Washington’s Obsession with Russia? China.

Bob Barr
|
Posted: Aug 15, 2018 12:01 AM
Share   Tweet
The opinions expressed by columnists are their own and do not necessarily represent the views of Townhall.com. 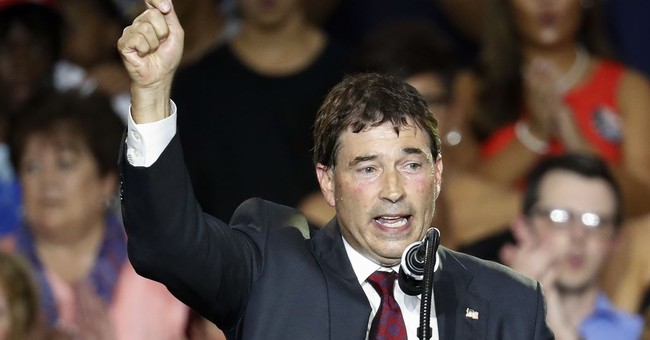 In my work as both an attorney and as a legislator (I served as a Member of Congress from 1995 to 2003), a key question I always ask myself or a client seeking to achieve a desired result is, “Who really stands to benefit if we pursue a certain course of conduct?”  Laying out a strategy in this manner assists greatly in identifying potential allies as well as adversaries, and improves chances for eventual success.

When I turn my attention to current goings on in Washington, the same question crosses my mind: Who really benefits from the “Russia obsession” exhibited by virtually every national political figure and media outlet?  Hardly any issue is considered these days without blaming Russia or at least finding a Russian angle lurking just around the corner.  Take, for instance, the recent primary election in Ohio; about as close to America’s heartland and far removed from Moscow’s Red Square as you can get.

Average American viewers would see last week’s returns in Ohio, where Republican Troy Balderson narrowly defeated his primary opponent, as an indication that perhaps Democrats were not as well positioned for November as their “Blue Wave” blustering would indicate.  Some pundits on the Left, however, immediately donned their tin foil hat and pointed a finger at Putin.  Hollywood actress Alyssa Milano, for example, broadcast her revelation that Green Party votes in that contest were evidence of “Russian meddling.”

This is but one example of many, in which the default boogeyman is Russia; and it is easy to slough off such absurdity, particularly from people who demand to be taken seriously because of their “celebrity” status. However, the Russia obsession, and its concomitant search for “collusion,” has real implications for American public policy, and is no laughing matter.

Whether or not the political class actually believes Russia to be an existential threat to American freedom, the subject continues to dominate headlines and cable news face time. The Intercept analyzed Rachel Maddow’s widely-watched MSNBC show last year, and found that over a six-week period Russian-related news accounted for more than half of her airtime.

Yet, for all of the hoopla over Russia, hard evidence of such a threat is in short supply. The Washington Post, of all places, seems to be one of the few traditional media outlets that sees through the fog; noting that the hysteria over Russia is grossly out of sync with reality. To put something of a perspective on matters, the Post reminds readers that the Russian economy is ten times smaller than ours, with a GDP smaller than Canada’s.  The liberal news outlet notes also that domestic issues inside Russia have vastly weakened its economy, even as ours continues to surge; further limiting that country’s global influence.

Our Russia obsession has become a tangible distraction from other adversaries we face; most notably, China.

Unlike Russia’s weak economy, China’s is second in size only to ours and the U.S. remains one of that country’s debtors.  China has the disposable funds to pour into its military, which clearly it is doing. The Chinese increased military spending last year to $145 billion, while Russia’s dropped 17% to $61 billion.

It is true that China is a far different country today than it was two generations ago, when it was in the tight grip of mass murderer Mao Tse Tung and his immediate followers; but it remains very much a totalitarian state with a lust for top superpower status.  China shares this nationalistic complex with Russia; and the regime in Beijing has shown itself to be just as ruthless in pursuit of that goal as its counterpart in the Kremlin, if not more so.  Both China and Russia have the capability to hack into other nations’ cyber systems, including our own, and both have a demonstrated interest in doing just that.

However, it is China, far more than Russia that concerns the Committee on Foreign Investment in the United States (CFIUS) -- the perennially-underfunded federal agency tasked with watch-dogging foreign investment in sensitive technology in the United States.  This is due to the simple fact there are far more Chinese nationals than Russian who are actively seeking to gain access to American technology companies.

It is true that President Trump is pressing China hard for trade fairness; but issues concerning China’s drive for military and technological supremacy, largely at our expense, are among those matters that garner far less substantive attention in Washington than do concerns over what Russian President Putin might eat for breakfast.

The degree to which the Trump Administration, along with virtually the entire Congress and much of the American media obsess over Russia, clearly draws our attention away from the one player on the world stage that most benefits from the klieg lights remaining focused on Russia.  These are blinders that will be very costly to us in the long term.