Are Schools Less Important Than Sports Events and Concerts?

Bob Barr  |  Feb 28, 2018
The opinions expressed by columnists are their own and do not necessarily represent the views of Townhall.com.
Top Columns
Trending on Townhall Media 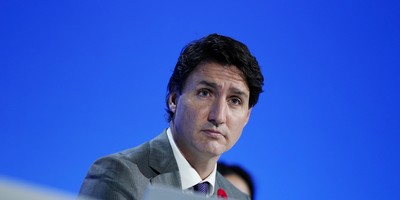 This is the second of a two-part series by former Congressman Barr on issues relating to Parkland, Florida, and other recent mass shootings.

We now know more about the tragedy in Parkland, Florida, in which 17 high school students and employees were murdered by a former student. We know that the local police, led by the questionable leadership of Broward County Sheriff Scott Israel, utterly failed the citizens they were supposed to protect. We know that the same can be said for the Federal Bureau of Investigation, which failed to investigate reports that the shooter was deeply disturbed. And, we know that gun control advocates still are trying to force the same, tried and failed “common sense” gun control proposals onto the American public.

All of this new (and unsurprising) information only reinforces the need which I outlined last week for a broader and deeper understanding of mass shootings that only President Donald Trump is in a position to deliver; in the form not of a Tweet, but of a presidential commission staffed with experts from a variety of fields. However, while Congress, and the president himself, should refrain from making any sweeping changes before such a commission releases its findings, thereby ensuring such changes are more than just knee-jerk reactions, there are a number of meaningful steps that can be taken immediately.

Arming teachers has been a popular idea in conservative circles, which likely is an idea a presidential commission would investigate; but a more measured and immediate solution is ensuring there is a uniformed, armed, trained, and ready police officer at each school. School officials should also ensure there are proper, physical safeguards in place to prevent unauthorized persons with firearms from coming into schools. The image of metal detectors greeting students is not an image we ever wished we would see, but it reflects the world in which we now live.

We go through such entry mechanisms at airports, sports events, concerts, and public buildings.  What does it say about our fiscal and social priorities as a country that we place more value on sporting events and music performances than on the safety of our children?

Secondly, Republicans should seriously consider raising the age of purchasing semi-automatic rifles built on the AR, AK, and similar platforms, to 21. Raising the age of purchasing any firearm to 21, like that proposed by nervous politicians such as Florida Governor Rick Scott is unnecessary and unproductive. However, there are clear differences in both the physical components and projectile characteristics of such rifles, that make them inherently more dangerous than bolt- or lever-action hunting rifles, or pump-action shotguns (all of which are appropriate for responsible young men and women between the ages of 18 and 21). Such characteristics make the AR-type platform far more like a semi-automatic handgun than traditional rifles or shotguns.

The AR-15 platform is the most popular sporting rifle in America, and in spite of the hysteria peddled by Democrats, the millions of such rifles in circulation are, with extremely few exceptions, used safely and legally every day. A blanket ban on them as proposed by Democrats and groups of students, is uncalled for; but raising the age of purchase for this specific class of rifles by three years is a modest restriction without undue burden on Second Amendment rights of young citizens desiring a firearm for sport, hunting, or self-defense.

Thirdly, Republicans should look further into the current system of data-basing mental health issues, and provide additional funding to improve record keeping and national access, as a part of the National Instant Criminal Background Check System (NICS). This should be approved unanimously, and with little debate.

Finally, Republicans should consider – carefully -- a proposal proffered by National Review writer David French earlier this month, for a “Gun Violence Restraining Order.” In short, the GVRO gives law enforcement officials the legal teeth to confiscate firearms from those proven to be an immediate threat, but only if the procedures provide -- in law -- full due process to any individual sought to be restrained.

Even though on the surface a GVRO seems like a no-brainer, the gravity of its effect should not to be taken lightly, as First, Second, Fourth, Fifth, Sixth and Fourteenth Amendments are all at play. Such a powerful tool for law enforcement will no doubt invite abuse from corrupt public officials who could use ex parte hearings to their advantage, which is why any GVRO legislation must contain critical protections, including but not limited to those outlined by French, such as: narrow standing for those proposing the GVRO (such as family members), high burden of proof, quick due process for the defendant (especially in the case of emergency, ex parte hearings), and a short and defined effective period that must be renewed only with another hearing.

Although no law or regulation comes with an ironclad guarantee of stopping evil people from committing egregious acts, these are just a few steps Congress, as well as state and local governments, can begin immediately taking to reduce the risk of mass shootings, without emburdening Second Amendment rights lurking in the current proposals by Democrats and Nervous Nelly Republicans, like Gov. Scott.

Federally, it is essential that Congress, not the president, take these steps. Congressional action will remove doubt that inevitably would accompany unilateral executive action, and that would open the door to further erosion of the principle of separation of powers which, in conjunction with our Bill of Rights, forms a firm foundation against the excesses that gun control pundits constantly are attempting to force on us.