Conservatives Should Be Opposing, Not Endorsing Calls for Massive Collection of DNA 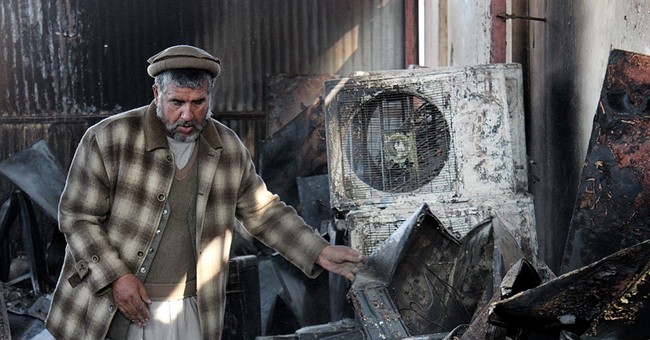 I've been wondering when the make-us-feel-safe-at-any-cost crowd would dust off the privacy-invasive and Fourth Amendment-violating concept of collecting DNA samples from anyone arrested for an offense; and, propose it as a way to "make law enforcement's job easier in these dangerous times." My wait is over. The clamor for more DNA testing has started again.

The fear of terrorist acts -- which in 2001 gave us the USA PATRIOT Act and ushered in years of massive NSA warrantless surveillance of our electronic communications -- has rekindled calls by federal, state and local officials to broaden the circumstance under which DNA sample can be forcibly collected from individuals.

While specifics of various DNA collection procedures vary across the 31 states that currently have some form of mandatory collection, the most recent calls are for DNA samples to be collected just like fingerprints; at the time a person is first arrested. Unfortunately, a closely-divided U.S. Supreme Court in 2013 opened the door for such intrusions, when it held that forcing persons arrested for “serious offenses” did not violate their constitutional rights.

DNA-collection advocates maintain that the more samples collected and data-based by law enforcement, the better police will be at solving past, present and future crimes. After all, proponents claim, look at how the long-standing process of fingerprinting suspects has helped law enforcement. This is true, but fingerprints are nothing more than an external, physical identity marker for an individual. A person’s DNA, on the other hand, tells the collector not only who you are, but how healthy a person is, and much other very personal and sensitive information about you and your relatives, which even you may not know (or want to know).

Unfortunately, given the ignorance with which most citizens view our criminal justice system, and considering how broadly fear forms the basis for the operation of that system, it is likely that a majority of Americans would be just fine with such a proposal. To them, an “arrest” is synonymous with "guilt" -- at least to some degree. Thus, when legislators propose to "help" law enforcement nab more criminals by expanding the circumstances in which they can forcibly take a person’s DNA, the likely reaction by most constituents would be a yawn, or a thumbs up. Little, if any concern likely would be registered as to the social and legal consequences of building massive databases of personal information infinitely more revealing than someone’s fingerprint.

We all know that many citizens have become accustomed to surrendering all manner of personal information to whoever asks for it. Many have seen television ads with actors depicting individuals who gleefully send DNA samples to some corporation that will tell them whether their ancestors wore lederhosen, or kilts. In this environment, having the police collect the same stuff from nameless "bad guys," is benign. Except, it isn't.

Proponents of DNA-capture legislation, such as currently being considered in Georgia, answer civil liberties concerns with promises of “safeguards” to ensure that only DNA belonging to the truly guilty will be preserved. Such assurances ring hollow. Even in those states with legal procedures for persons acquitted of crimes, or never formally charged following an arrest, to have their DNA information removed from the government records, the mechanism for clearing the data is so cumbersome and opaque as to be worthless.

Furthermore, there are so many criminal-information databases out there, to which countless agencies across the country (and even abroad) have access, once a person’s DNA information is entered, it becomes difficult, if not practically impossible, to ever be assured it has been removed from all databases. Retention would become virtually perpetual, despite promises to the contrary.

The reasons for collecting DNA samples are as broad as a bureaucrat’s imagination; and are growing with every advance in technology. With more than 4,000 federal criminal offenses on the books now, and innumerable regulatory offenses and state and local laws on top of that, there is no end to the events that could trigger a DNA swipe.

Many – but hardly all – conservatives rightly oppose President Obama’s recent call to use the government’s secret “No Fly List” as a way to prevent individuals from exercising their Second Amendment right to purchase a firearm. Those same conservatives should be just as concerned with calls to begin gathering DNA from every person deemed a candidate for arrest by some government agent.

The refrain that such a massive DNA collection will make law enforcement’s job “easier” is a red herring. The fact is, the protections that are contained in our Bill of Rights are designed to make the government’s job of investigating and convicting individuals less easy; because it is only by doing this that we can protect individual liberty. This is no time to be undercutting those guarantees; ISIL notwithstanding.