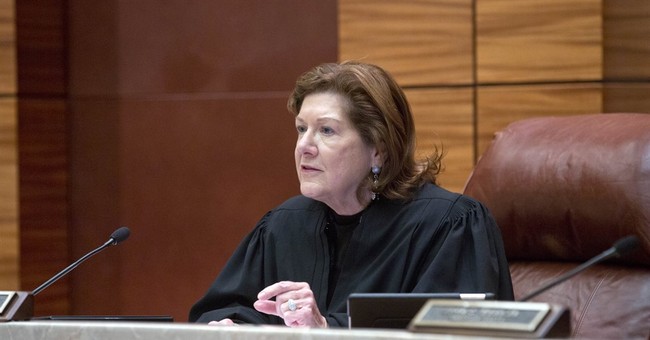 Were one to watch the iconic segment from the 1976 Schoolhouse Rock! television program about a bill becoming a law, the process might seem like a meticulous, but noble, undertaking; a simple idea from citizens is passed along to their elected official and, after much debate and several votes, finally transformed into public policy.

Anyone even vaguely familiar with how things operate in our nation’s capital, however, knows that the process is far more complex and time-consuming than any fictional depiction. Many have compared the process to watching sausage being made; an analogy that is unfair to sausage makers, who create a product that is tasty, consistent and predictable.

Major legislation resulting from the mechanisms of modern-day Washington is rarely consistent, and more often than not results in disastrous unintended consequences, and is usually anything but tasty. Take Obamacare; one of two seminal laws resulting from the brief interlude when the Democratic Party enjoyed majorities in both houses of Congress after Barack Obama was elected (the other is the even more infamous Dodd-Frank legislation).

Obamacare today is pushing our medical system to the brink of collapse, is more costly than any of its advocates had dared admit, and remains largely unintelligible even to so-called government experts. Care for another example? Take the USA Patriot Act – incorporating the most expansive changes to national security powers of the federal government in modern history -- passed quickly in the immediate aftermath of 9/11, and renewed and amended several times since with little or no real debate.

Which brings us to a matter that has languished in the Congress for years; not because it is not important, but because it is. You see, in Washington, unless an issue is a major political goal of a president, the more substantive the matter, the harder it is to get members to push it forward. Thus, the difficulty in moving the important matter of sentencing reform forward.

With more than 4,000 federal criminal laws on the books, and countless more overlapping regulatory and state laws, one might conclude that a Congress controlled by self-proclaimed, “small government” Republicans would be pressing relentlessly for reform of our nation’s vast system of criminal laws. Not so. Pulling teeth with tweezers would be easier.

We live in an era in which any citizen, at any time, can reasonably assume he or she is breaking a criminal law, thereby subjecting themselves to hefty fines and lengthy prison sentences, often times regardless of whether they possessed any criminal intent. The consequences of this toxic environment are very real.

While various congresses and members of Congress have advocated for criminal justice reform for decades -- very occasionally resulting in welcome, if minor, reforms -- the current Congress is actually moving the ball down the field in a meaningful way.

House Judiciary Chairman Bob Goodlatte (R.-VA), with support from bipartisan groups ranging from the National Association of Criminal Defense Lawyers to the Koch brothers, is leading the effort to bring to the House floor the Criminal Code Improvement Act of 2015. What makes this bill different from the other recent criminal justice reform proposals is that it specifically targets the fundamental problem of over-criminalization and over-regulation by requiring prosecutors to prove suspects intended to commit a crime before convicting them. By requiring this “mens rea” component to federal law, unwitting and otherwise innocent citizens finally would have some protection against being swept into the clutches of federal law enforcement agencies.

Despite encompassing reforms that should be bringing conservatives and liberals together in a chorus of “Kumbaya,” Goodlatte’s legislation has not been met with universal support.

The problem is, many lawyers, law enforcement officials, and regulators working for Uncle Sam, like operating in a Regulatory State with virtually unlimited leverage against citizens. The Center for American Progress, which otherwise has been a reliable ally in the fight for criminal justice reform, also is working against the Criminal Code Improvement Act. Both CAP and the Department of Justice assert that the reforms would make certain financial crimes harder to prosecute, by forcing prosecutors to prove intent on the part of individuals within corporations. Such arguments, however, are red herrings. Corporate insiders against whom the government has strong evidence of fraud or serious financial wrongdoing, can be prosecuted vigorously regardless of whether Goodlatte’s bill becomes law.

Requiring prosecutors to prove a person actually intended to violate the law is not, after all, a bad thing. For too long have we been living in Alice’s Wonderland where convictions often stem not from an objective and transparent system of laws, but from a complex and often arbitrary bureaucratic web.